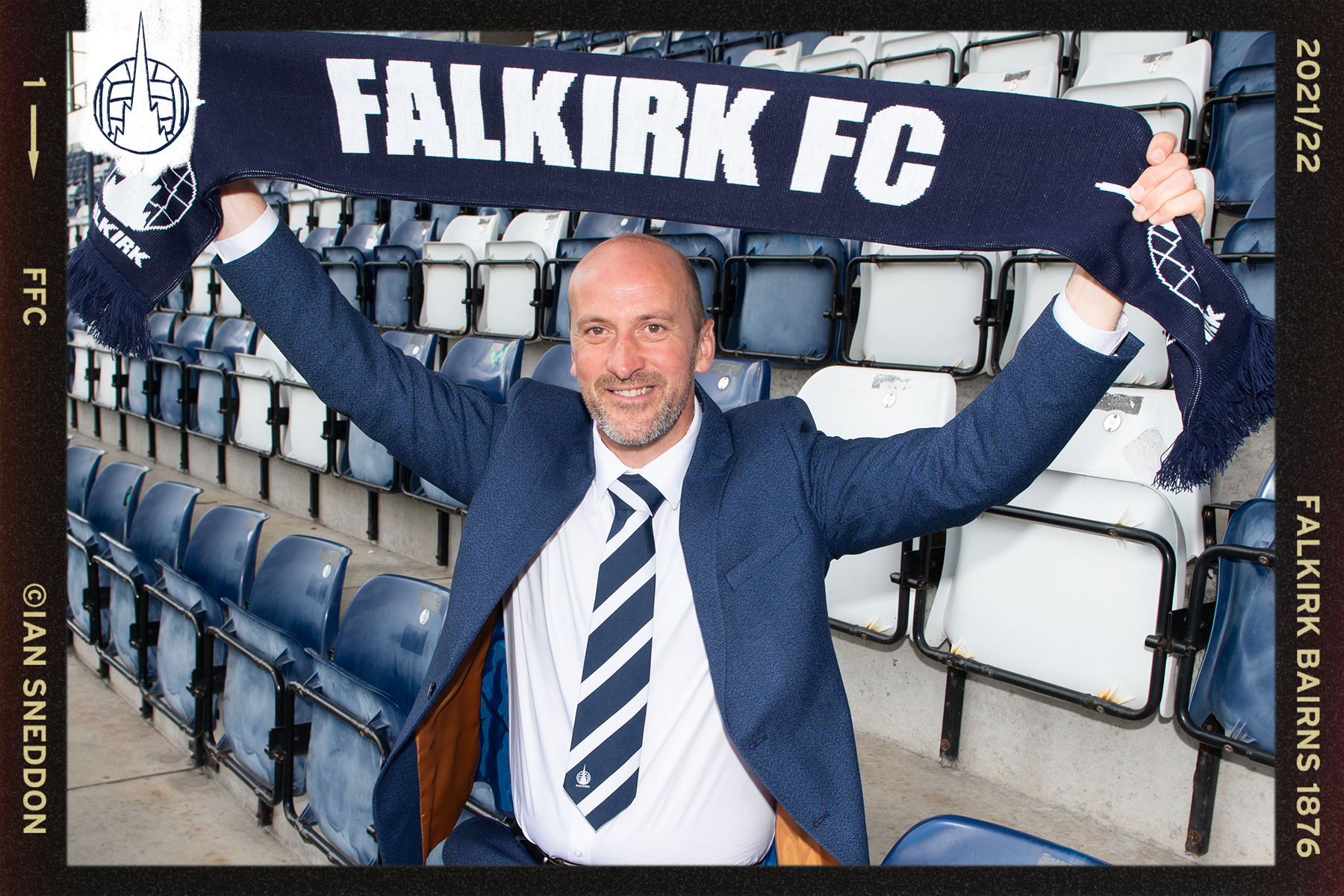 Falkirk Football Club is pleased to announce the appointment of Paul Sheerin as the Club’s new Head Coach.

Sheerin (46) leaves his role as First-Team Coach at Aberdeen, a role which he has held for the past seven years, supporting the Pittodrie side’s Development and First Team Squads. He was also appointed Interim Manager of Aberdeen last season following the departure of Derek McInnes.

Sheerin enjoyed a successful playing career for a number of clubs in the UK and abroad, but perhaps best known for his spells at Inverness CT, Aberdeen and St. Johnstone. He also enjoyed a four-year spell at Arbroath as Player-Manager winning the club’s first national trophy in their 133-year history.

“I am absolutely delighted to be taking on this new role with Falkirk and can’t wait to get started. I’ve been impressed with the Board’s vision for the club and also the fantastic infrastructure at the Falkirk Stadium, both in terms of facilities and the expertise of the staff.”

“There’s great potential at this football club and we need to put the disappointment of the last few seasons behind us and look forward. The only way out of League One is a combination of hard-work and attacking football that I know I can deliver here.”

“Preparations for the coming season are well underway and I’ve been fortunate to have positive chats with the Sporting Director and the players we have lined-up for this season are of a quality that I believe can win us this league. However, you have to earn everything you get in football and from day one I will be demanding high standards in everything we do to get this football club back where we all want it to be.”

“Naturally everyone at the Football Club is pleased that we’ve been able to name Paul Sheerin as our new Head Coach. We embarked upon a lengthy, but rigorous process taking soundings along the way and carrying our due diligence which has taken that bit longer to conclude. As supporters would rightly demand we considered a number of criteria for the role and scrutinised well over 100 candidates for the role. With the support of our Sporting Director Gary Holt, we have a Head Coach that we believe can deliver the success that Directors, staff and most importantly supporters deserve.

“We are under no illusions that the road back for Falkirk will be a difficult one but in Paul we have someone who can lead us on that journey. We are looking forward to the season ahead and will have a number of announcements lined up in the next week or so that will have our fans excited.”

Paul officially takes over his duties as Head Coach next week and will be speaking to Falkirk TV and members of the media at that point.