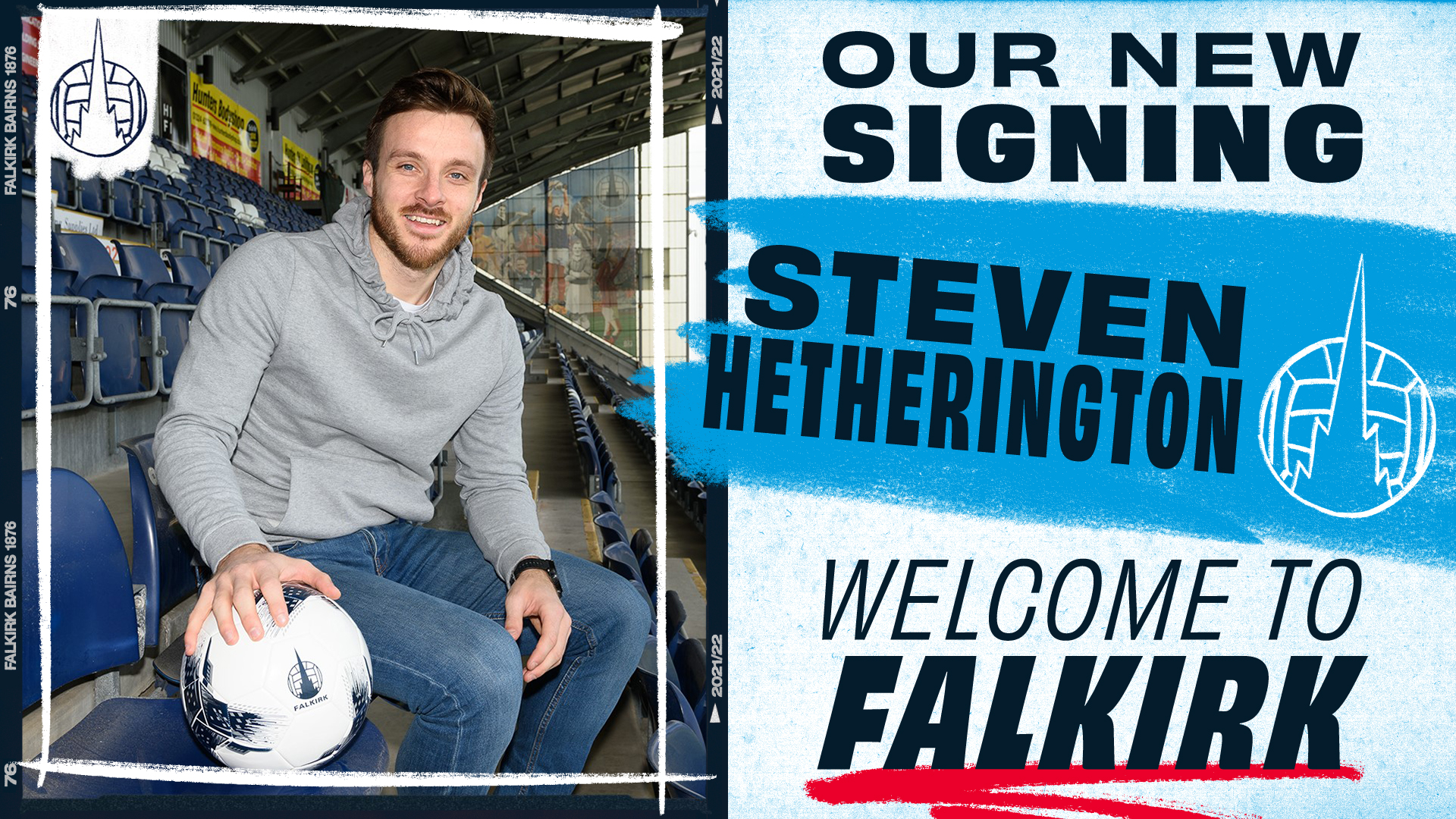 Falkirk Football Club is delighted to announce the signing of Steven Hetherington.

The midfielder will join Paul Sheerin’s side following the expiration of his contract with Alloa Athletic on a two-year deal.

Steven started his youth career at local side Hartlepool United before joining Rangers as an Under 19-player. A time at Motherwell followed, where he managed to break into the first team, before a loan at Airdrieonians. After a spell in English non-league, he returned to Scotland through Alloa Athletic and has spent the last seven years at Recreation Park at both a Scottish League One and Scottish Championship level.