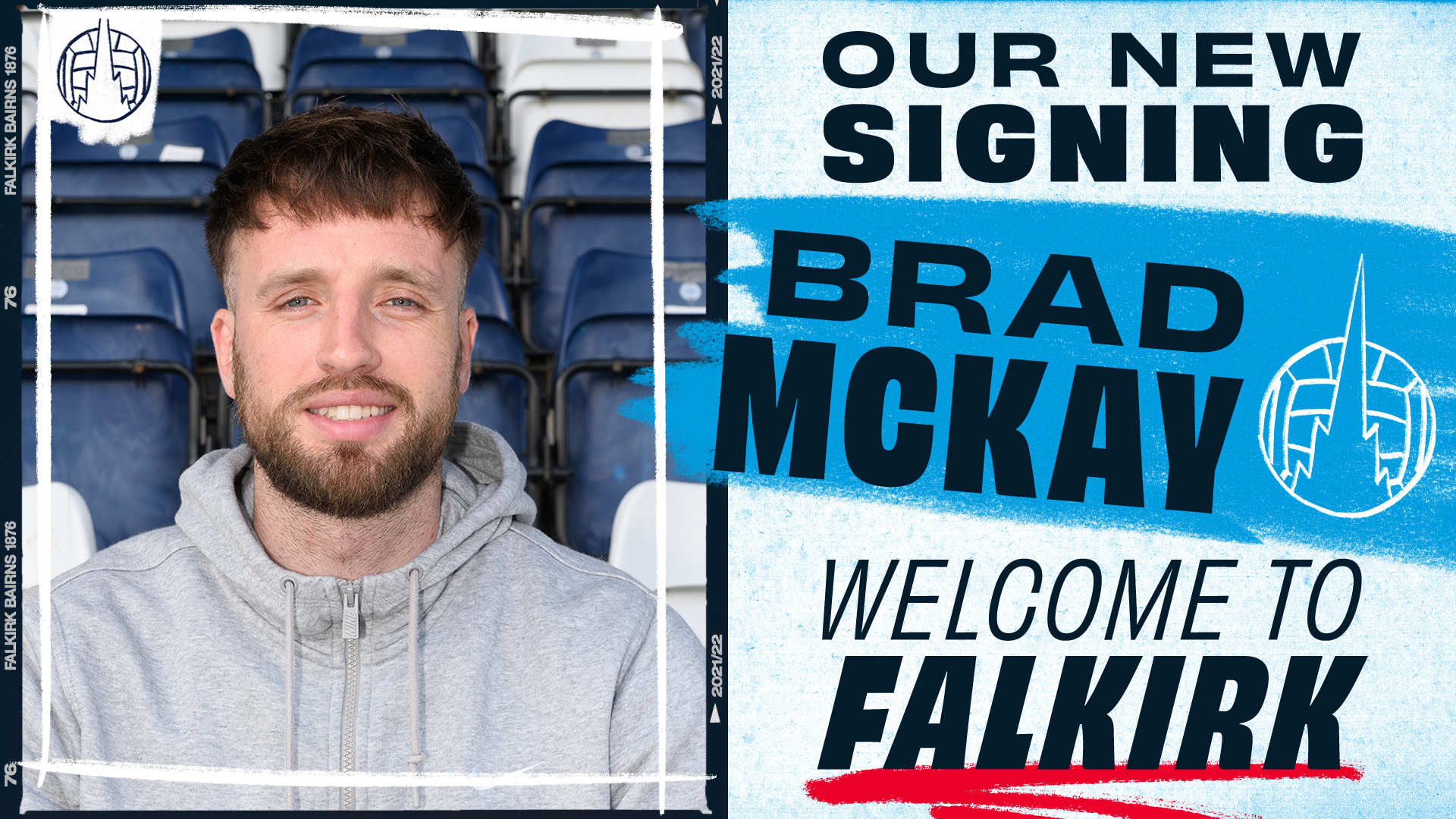 Falkirk Football Club is delighted to announce the signing of Brad McKay!

The 28-year-old defender will join The Bairns on a three-year deal following the expiration of his contract with Inverness Caledonian Thistle.

Brad began his career as a youth player for Hearts. After loan spells as a youngster at Penicuik Athletic and Stenhousemuir Brad broke into the Tynecastle side’s first team, playing nearly 50 games through the 2013/14 and 2014/15 seasons and winning the Scottish Championship title in the process. A time at St Johnstone followed but his season in Perth was cut short by a loan spell to Dunfermline, where the defender won a second title in two years as he helped his team lift the Scottish League One trophy. Brad left Mcdiarmid Park for Inverness Caledonian Thistle, where he has cemented his place as a first team regular over his five years at the club.