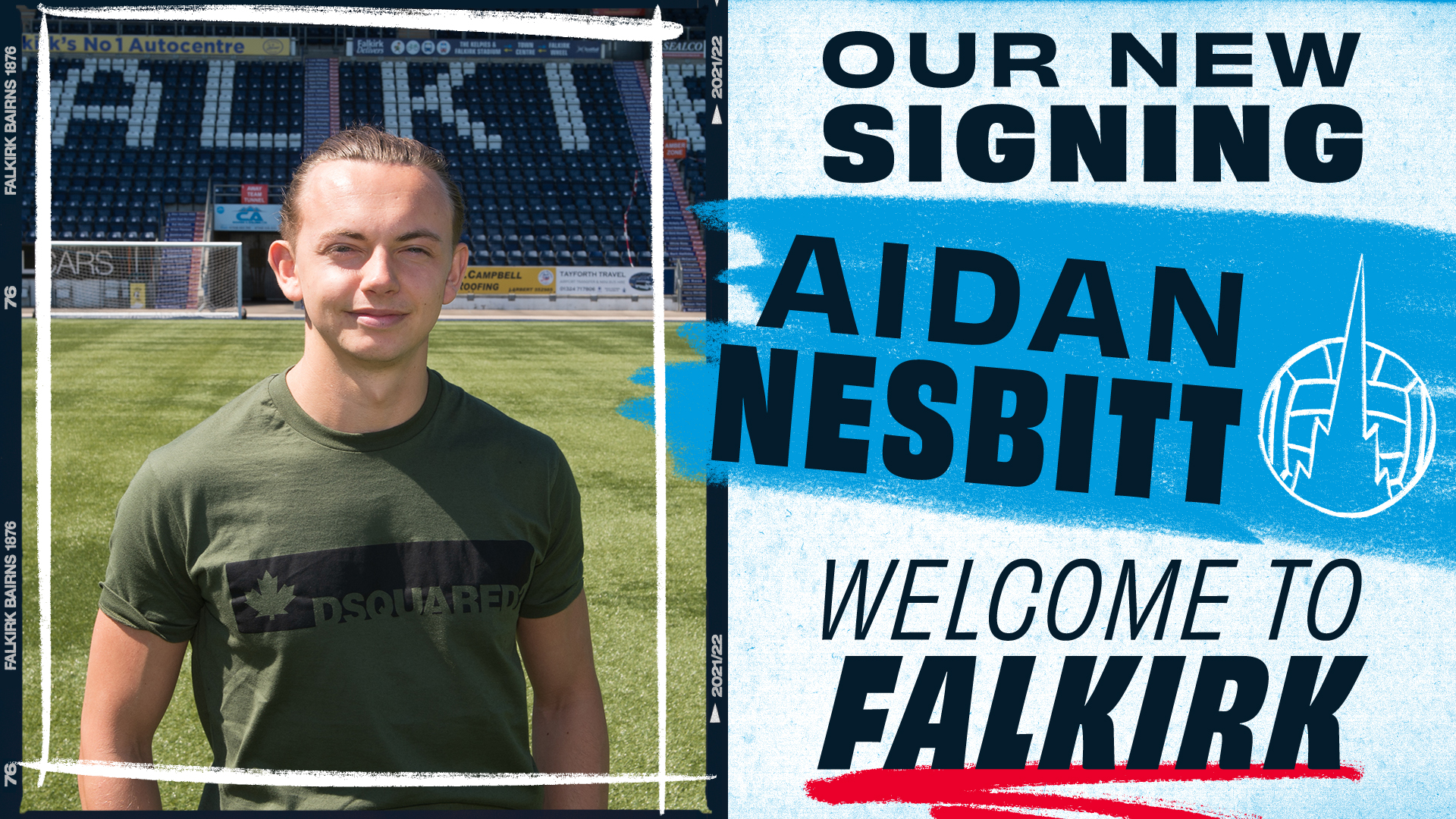 Falkirk Football Club is delighted to announce the signing of Aidan Nesbitt.

The midfielder will join the side on a two-year deal following the expiration of his contract with Greenock Morton.

Aidan began his youth career at Celtic moving his way up to Celtic U20’s. While still with the U20’s, Aidan spent loan spells at Partick Thistle and Greenock Morton before finally making a move down south to MK Dons. A year and a half later later Aidan returned to Scotland with Dundee United as a January signing for the remainder of the 2018/19 season.

Since 2019 Aidan has been a first team regular for Greenock Morton in the Scottish Championship where he recently helped his side avoid relegation by seeing off Airdrie in the Championship Play-off final.