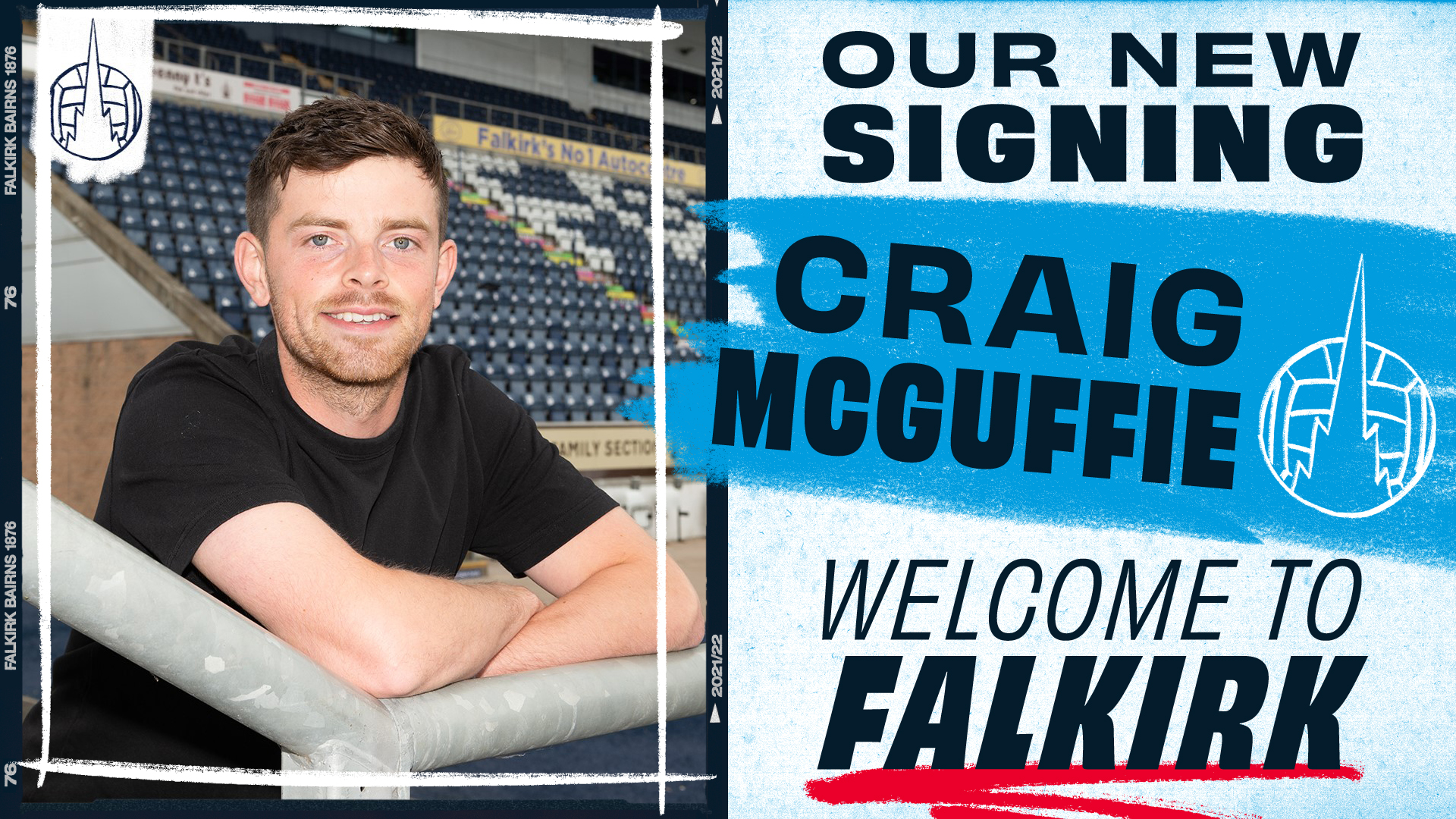 Falkirk Football Club is delighted to announce the signing of Craig McGuffie.

The 23-year-old joins The Bairns on a two-year deal.

Craig began his career at Ayr United, coming through the Honest Men’s youth academy and making over 75 appearances in the process. The midfielder spent the second half of the 2018/19 season at Raith Rovers on loan before moving to Greenock Morton in January 2020. He played over twenty times for The Ton last season and notably scored against Montrose in the last minute of extra time to send Morton through to the Scottish Championship Play-off Final in dramatic fashion.

Player sponsorship is now available for the upcoming season. If you are interested in sponsoring Craig, or another member of the playing staff, please contact Sharon at 01324 624121 ext 219 or at sharonm@falkirkfc.co.uk.