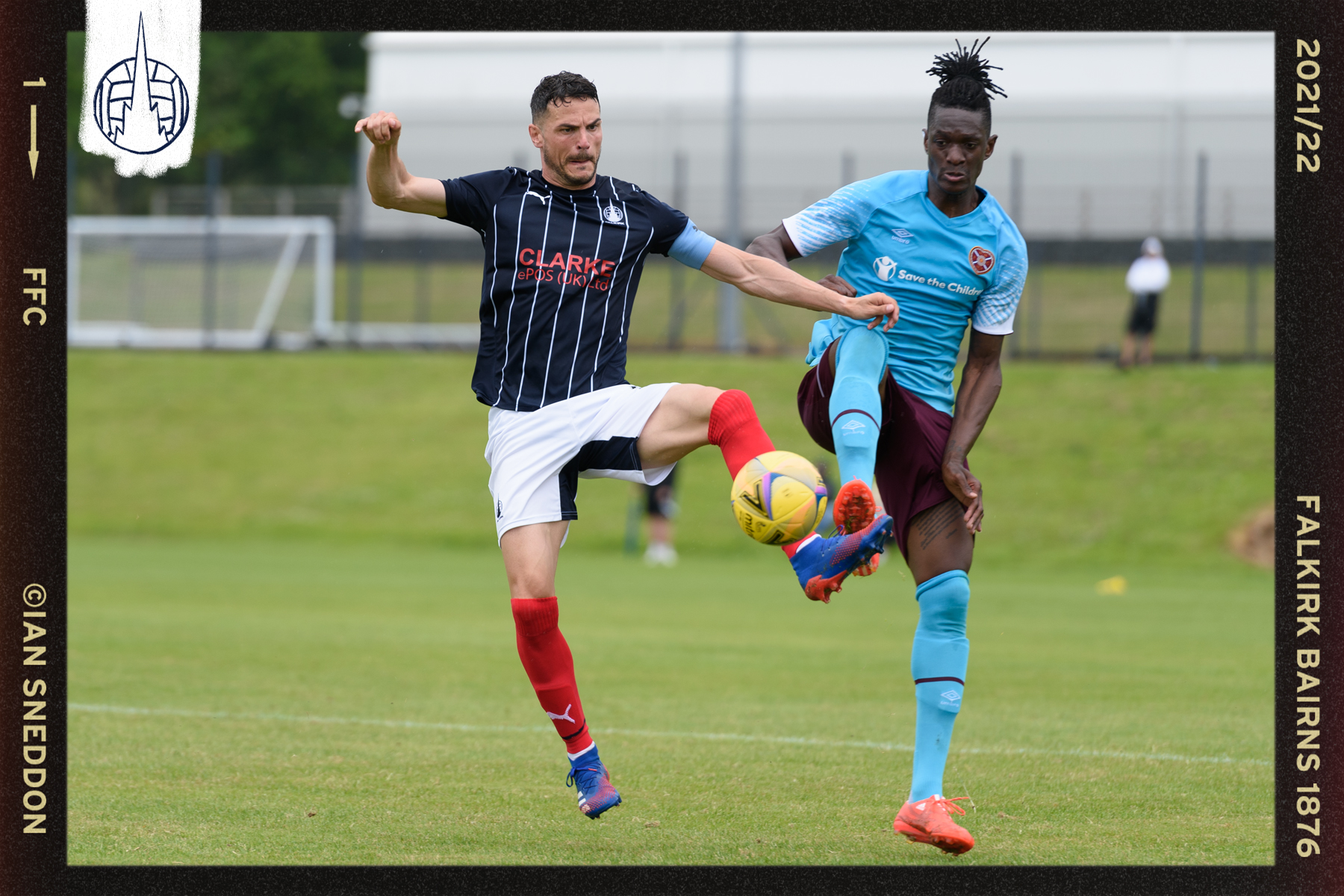 Our third pre-season bounce game ended in defeat for the Bairns in a tough match which saw Hearts win by four goals to nil.

Falkirk didn’t get off to the best of starts against the Premiership side, conceding within the opening two minutes of the game. Henderson worked his way into the box and his pull back deflected off a Falkirk leg, sending the ball into the bottom corner and leaving the goalkeeper helpless.

For much of the first half the Bairns were comfortable in possession and created a number of chances. One of the best chances came around the half hour mark when Gary Miller showed some skill to beat his man before sliding a perfect ball through for Seb Ross, whose heavy touch was blocked by Gordon in the Hearts goal.

Just a few minutes later the Edinburgh team had the ball in the net for their second of the afternoon. Watson delivered a corner into the box and Armand Gnanduillet got a powerful head to the ball, sending it in off the post.

Falkirk nearly got one back fewer than ten minutes later after stealing possession. Callumn Morrison was played through to the edge of the box again but fired his shot narrowly wide.

Ten minutes into the second half, Callumn Morrison had another effort denied. The winger hit a free-kick from 25-yards but Craig Gordon made a terrific save to push the top corner-bound effort past the post.

Falkirk created their fair share of chances and Craig Gordon was forced to make another save after Callumn Morrison beat his man on the right wing and sent a deep cross to Craig McGuffie whose first time shot was stopped by Gordon.

It was substitute Anton Dowds who saw the next chance as he got away from the Hearts defence and sent a low shot towards goal that was dealt with by the goalkeeper.

Gnanduillet made it three a minute later. Hearts substitute Roberts carried the ball down the left and put a cross in for the big striker to nod home his second of the game.

Although they created several good chances, Falkirk failed to put the ball in the net, but it was a former Bairn who finished the scoring for Hearts as Stephen Kingsley pounced on a rebound from a block and smashed the ball into the far bottom corner.

Despite the scoreline, Falkirk didn’t play badly this afternoon. The squad now look forward to Wednesday night’s friendly against Arbroath, which will be streamed live to all fans for free.