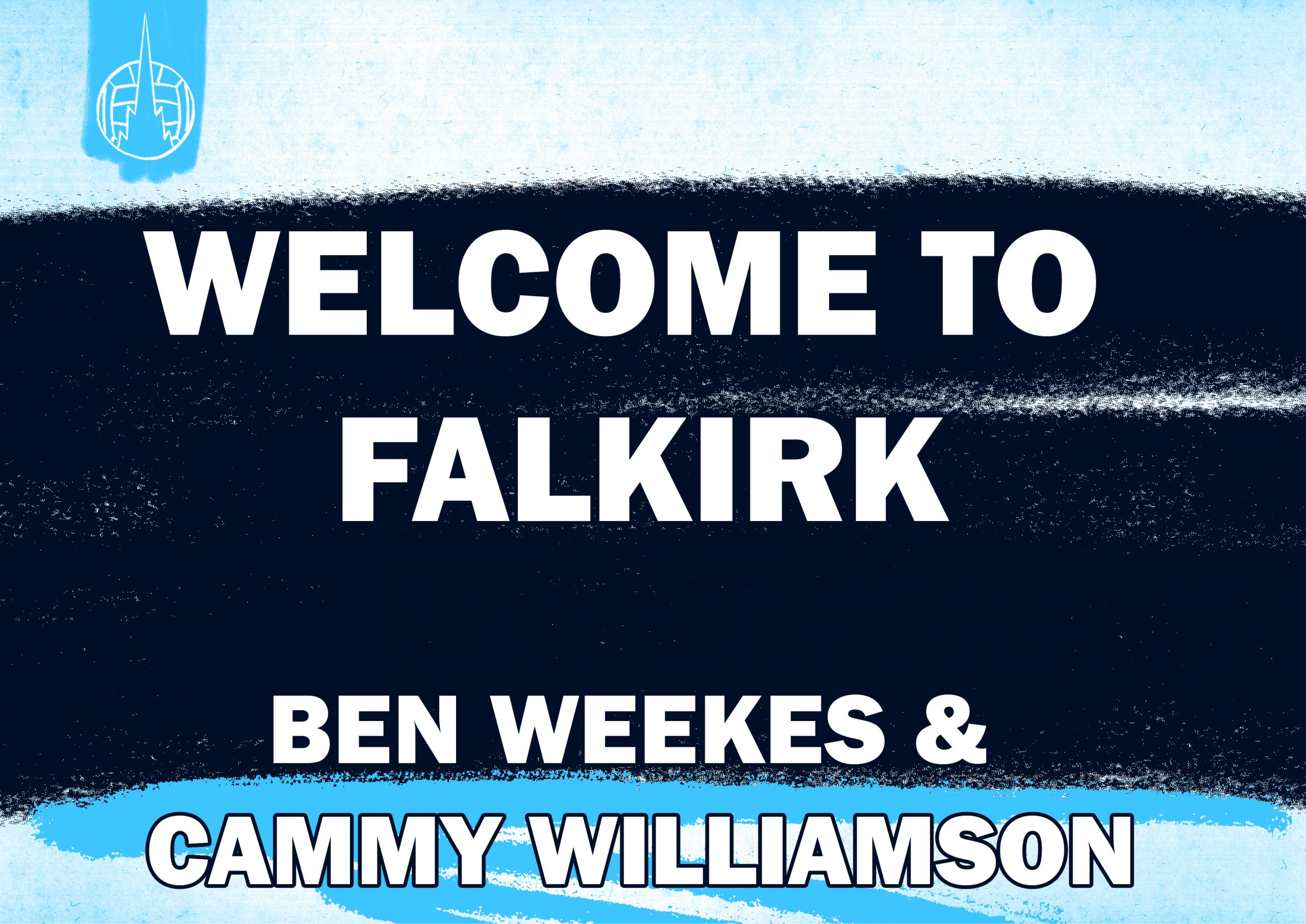 Falkirk Football Club is pleased to announce the signing of Ben Weekes and Cammy Williamson – the first two recruits to enter the first-team squad from the Club’s new Development programme.

Weekes (18) a forward previously at Hibernian, and Williamson (18) a full-back previously at Motherwell have signed professional terms with the Club until the end of the 2021/22 season and will form part of tonight’s squad to face Albion Rovers.

“Ben and Cammy have been with the Club for nearly three months and in that time have shown great promise, talent and desire to be part of things here at Falkirk.  Both Gary Holt and I felt their development should be fast-tracked and we put them forward for evaluation to Paul Sheerin and Danny Grainger.  Both recruits took part in the first team’s full-time training programme and have impressed in that environment with their hard-work and talent.”

“Neither are the finished article and there’s much work to do – but once again Falkirk is building a reputation for giving promising youth players an opportunity to impress.”

“Our youth development programmes remains in its infancy although yet to formally launched, we have been working hard in the background to identify, profile and test players from across Scotland.  In those early sessions both Ben and Cammy really caught the eye with their talent, work rate and attitude.  We gave them the opportunity to come into our first-team environment and both have grabbed it with both hands.”

“Hopefully Ben and Cammy are the first of many players to come to Falkirk via this new route and fans will get to hear more about how the Development Squad is progressing in the coming weeks.”