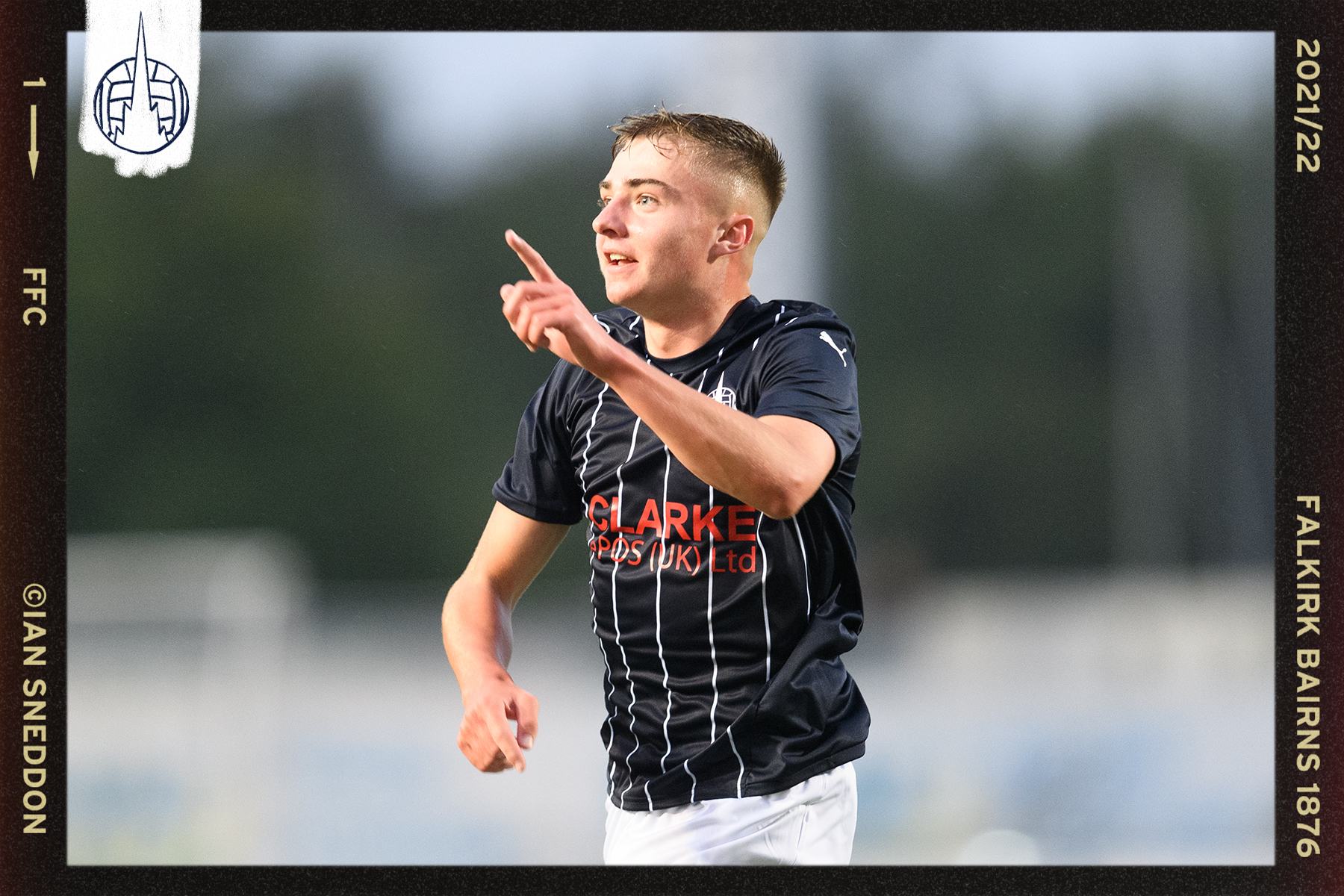 The return of fans to The Falkirk Stadium saw an emphatic win for The Bairns in his first competitive game in charge at the club.

The game got off to a terrible start for the home side, with Max Wright taking advantage of some lax defending as he tapped home an opener for Albion Rovers. It took Falkirk fifteen minutes later but soon the returning fans had something to cheer. A ball over the top found Callumn Morrison and last season’s top scorer did well to beat his man and finish past the goalkeeper.

Soon after Falkirk took the lead through a great team goal and Morrison had his second. Seb Ross was played in down the line by a ball over the top and found Jaime Wilson with a looping ball across. The striker did well to get it under control and passed it across for Morrison to again beat the defender and finish in the same fashion as he did for his first. Morrison was heavily involved again in Falkirk’s third ten minutes before the break. After his shot was deflected wide for a corner the winger’s set piece dipped towards the near post and was powered home through a stooped header by Paul Dixon.

Following the break Falkirk continued to dominate and really took the game by the scruff of the neck, with Rovers struggling to hold the ball for any length of time. Ryan Williamson and Callumn Morrison combined superbly well down the right and Charlie Telfer controlled the game from the midfield. A long period of possession resulted in several chances before Morrison was brought down in the box, but Cammy Binnie was equal to his spot kick and denied the hat trick. Aidan Nesbitt and Ben Weekes came on and immediately had an impact, with Nesbitt dragging defenders out of position and threading good passes through and Weekes running at defenders and getting into good positions.

The Bairns were rewarded for their excellent second half with a pair of good goals in the last five minutes. First the ball fell to Charlie Telfer in the centre of the park and the midfielder drove to the edge of the box before smashing one home off the bar before a customary dangerous run by Williamson resulted in a ball over the top that Weekes was on hand to smash home for a first goal only hours after signing for the club.