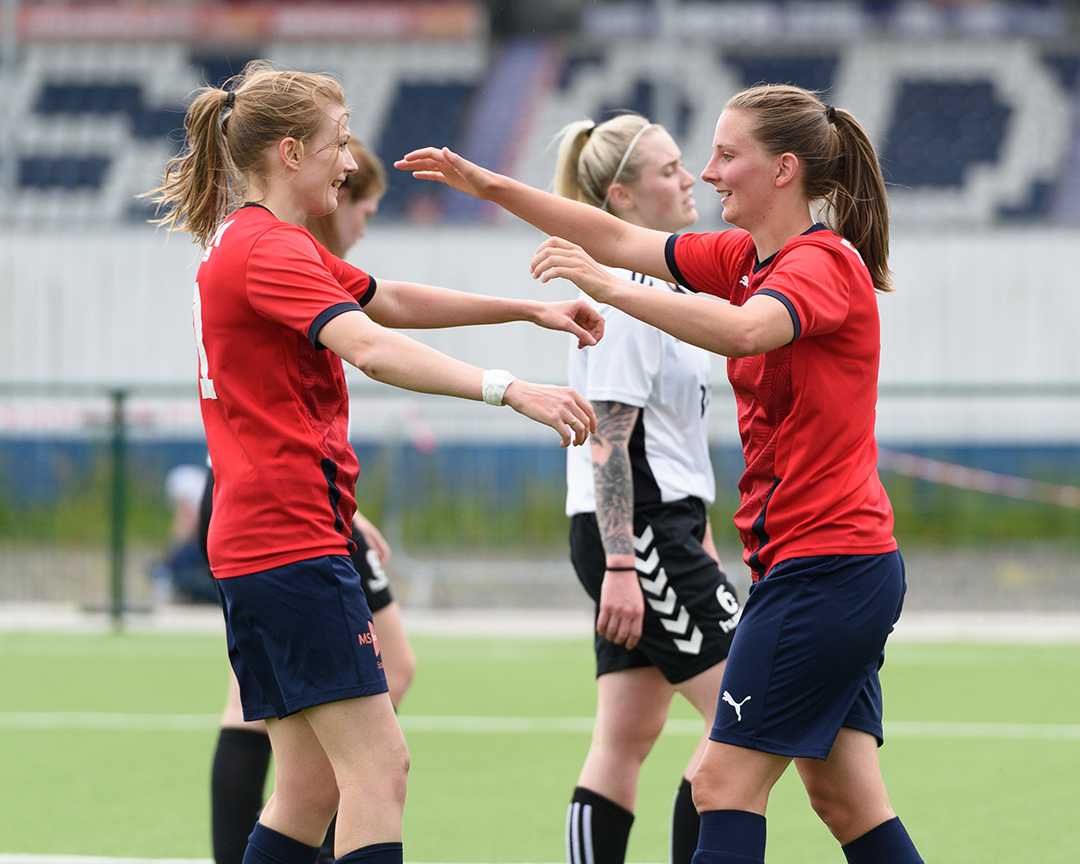 Falkirk came out on top in this closely fought match in the SWF Summer Games Program.

The opening exchanges were evenly contested with both sides looking to build momentum ahead of the start of the season. It was the visitors who went in front through a penalty  kick. Falkirk failed to stop a cross from reaching the box and the Ayr striker went to ground as a result of Jillian Leiper’s challenge.

Ayr’s lead was doubled midway through the first half through another spot kick. A mix up between Leiper and Falkirk goalkeeper Rachel Docherty allowed the away team attacker to nick the ball before being fouled. The resulting penalty kick was dispatched confidently.

Falkirk battled back and had some good opportunities to reduce the deficit through strikers Kirsty Gilbert and Eva Rule, but neither could capitalise. The best chance of the half fell to Mel Porter but her free header from a corner was gathered by the keeper and the visitors went into the break with a two goal lead.

The home team dominated possession in the second half and controlled the pace of the game. Gilbert spurned another chance to get back into the game but blazed over the bar from inside the box. Attacks from wide areas were leading to numerous chances for Falkirk but no-one could get on the end of good crosses from Taylor Johnston and Aimee Duffy, who were pushing on from the full-back positions.

Falkirk managed to get back into the game through defender Laura Dickson. Ayr failed to clear a corner kick and the ball fell to Dickson who hit a well placed shot over the keeper’s head.

The goal spurred the team on and a few minutes later the scores were level. A strong run down the right from Johnston resulted in an accurate cross to the back post that was met by Eva Rule who finished perfectly to make it two each.

Both sides pushed for the winner, with Ayr looking to catch Falkirk on the break but Docherty stood firm in the goal, making a number of crucial saves.

In the end it was Falkirk who grabbed the winner in the dying minutes of the game. A short corner routine by Kirsty Gilbert and Theresa O’Keeffe caused problems for the Ayr defence. The ball was worked back to the edge of the area for captain Chelsea Raymond who controlled the ball and hit an unstoppable shot into the top corner, handing Falkirk a much deserved win.