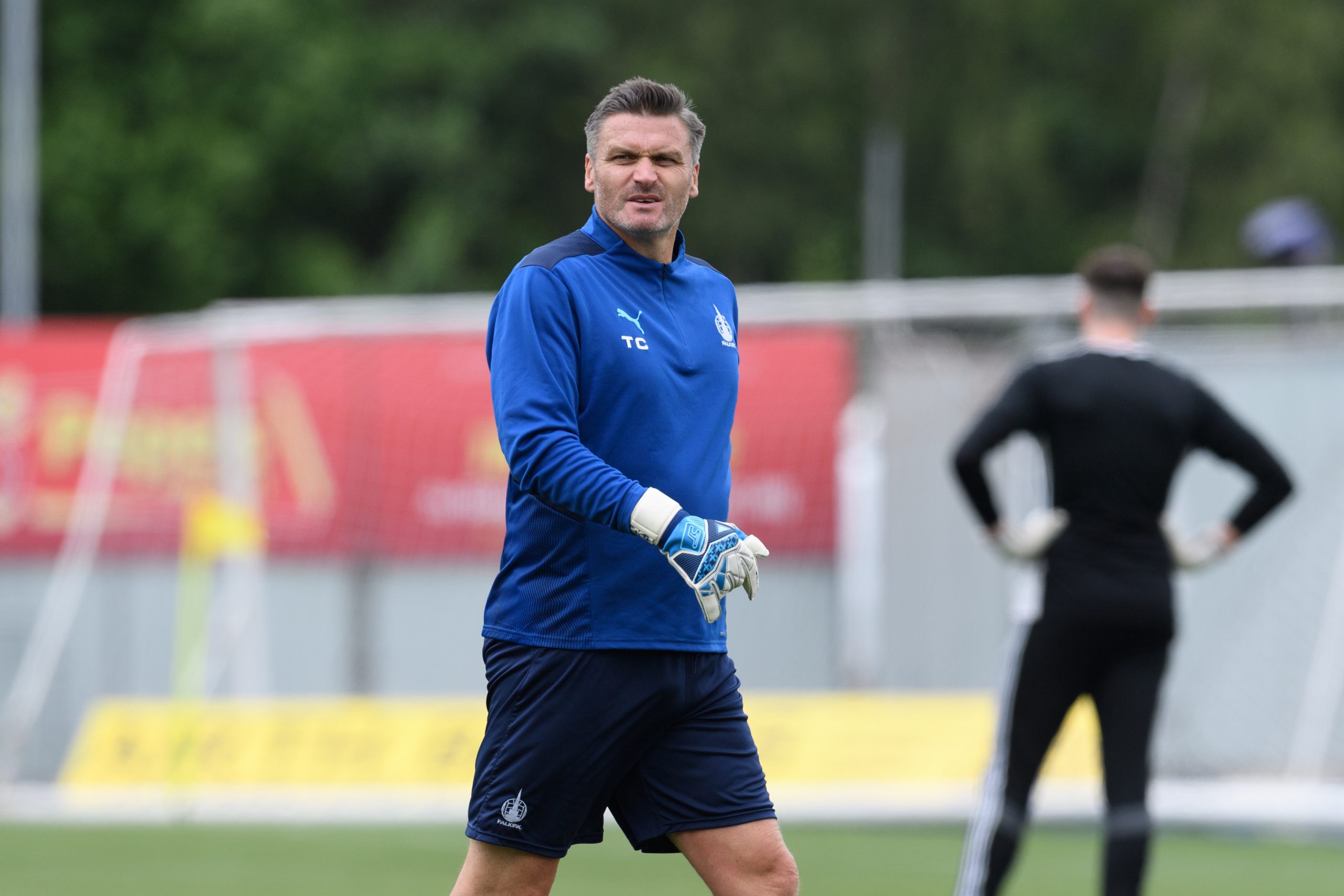 Falkirk Football Club can confirm they have accepted an offer for goalkeeping coach Tony Caig who will leave his role at The Falkirk Stadium with immediate effect.
The Club have moved swiftly to secure a replacement and former Dundee goalkeeping coach Bobby Geddes will join the Club and be in the dugout for tomorrow’s game against Hamilton.
Sporting Director Gary Holt said:
“We wish Tony all the best in his new role.  He’s only been with Falkirk for a short period but already had a big impact on the development of our goalkeepers.  The details of his new role have yet to be announced and it’s not for Falkirk to do that.”
“We are however very pleased to have secured Bobby Geddes as our new goalkeeping coach and both Paul and I look forward to working alongside him.”
Tony Caig said:
“I’m sorry to be leaving the role at Falkirk but I received a very good offer elsewhere which allowed me to move into a full-time goalkeeping coach position.  In the few short weeks at Falkirk I’ve been very impressed with the set-up and the new direction the Club appears to be moving in and I wish them all the best for the season ahead.”
Go to Top