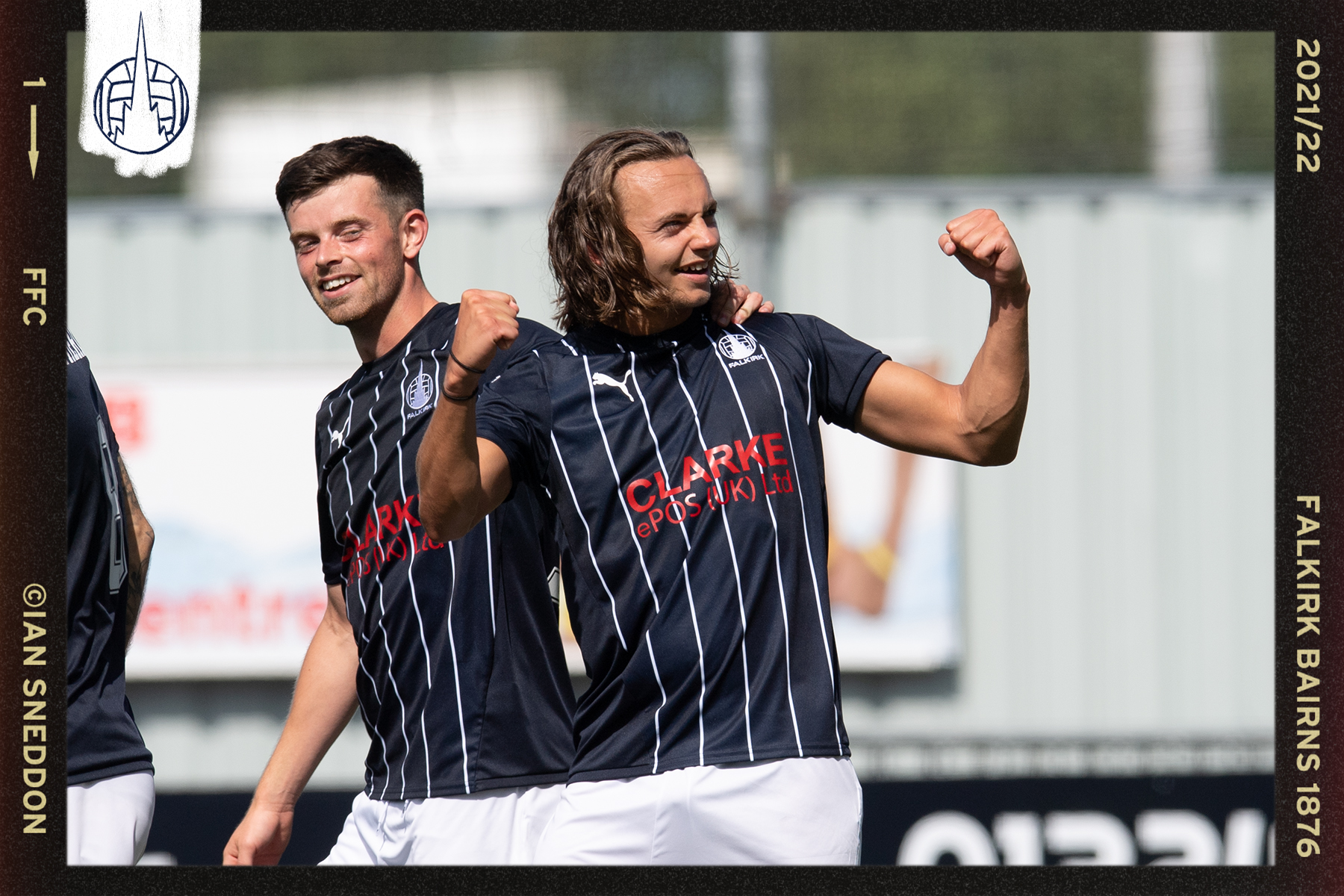 Despite taking a lead early in the second half The Bairns were defeated in their second Premier Sports League Cup match against Hamilton Academical.

The game started with both teams really going for it, although the visitors had the best of the early opportunities. Hamilton had the first big chance of the game with less than five minutes played when David Moyo was played in clean on goal, but Robbie Mutch made himself big and got a hand to the striker’s effort. The Bairns had a penalty shout five minutes later when Callumn Morrison’s cross appeared to be handled in the box, but the referee waved play on. This resulted in a great chance for Ronan Hughes, but again Mutch was there to deny the Accies forward with another tremendous save.

Following the early chances, the game began to settle down, with Falkirk looking more comfortable and growing into the game. Paul Dixon’s header from a well worked Charlie Telfer corner was headed off the line and Aidan Nesbitt couldn’t quite slip through Callumn Morrison in the best of The Bairns opportunities before the break as they went in goalless.

Seconds after the resumption of the game following half time Falkirk took the lead. A slack pass was cut out and Aidan Nesbitt dribbled in before finishing well into the bottom corner past the Hamilton goalkeeper. The goal spurred Paul Sheerin’s side on, and they nearly had a second when trickery from Nesbitt followed by some slick passing saw an opportunity open up for Charlie Telfer, but the midfielder’s shot was wide.

As the half went on Falkirk came under some heavy pressure from Hamilton, with the home side’s defence standing up to set piece after set piece, but The Bairns looked set to keep the visitors out. When the equaliser came with ten minutes to go it was out of nothing. A ball over the top found Andy Ryan, who was then clattered into by Gary Miller. The referee pointed to the spot and showed the Falkirk captain red, and Ronan Hughes’ spot kick nestled in the bottom corner. 10-man Falkirk began to toil, and Hamilton took the lead following a scramble in the box, aptly through Jamie Hamilton at the back post.

The loss sees Falkirk on three points going into next week’s double header of away games against Edinburgh City and Ayr United.