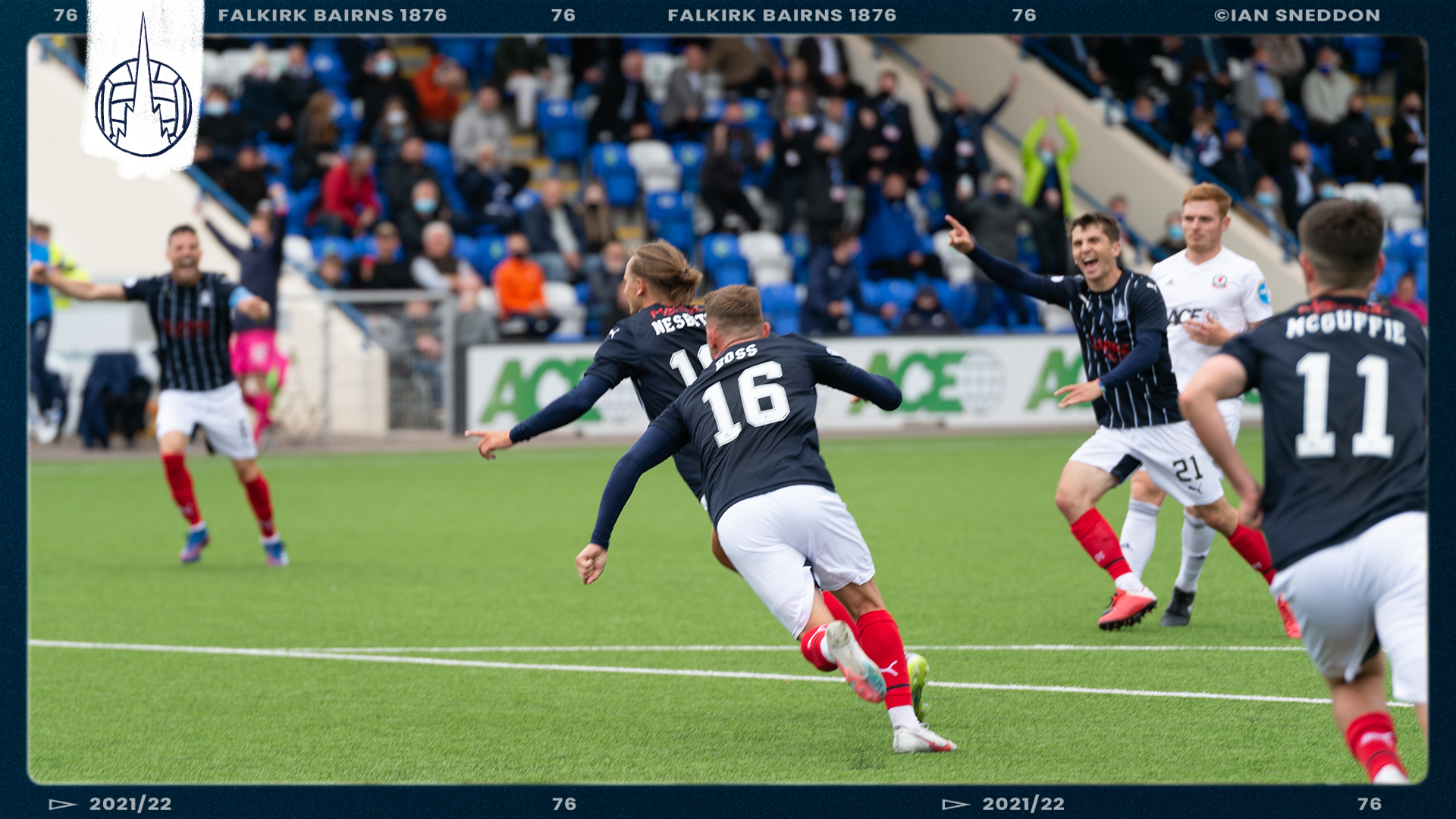 The points were shared in the first league game of the season following a tough match for the Bairns against fellow promotion hopefuls Cove Rangers.

Falkirk went into the game at a disadvantage after a COVID outbreak forced 14 players into self-isolation, many coming out of that isolation less than 24 house ago. Despite this the Bairns went out and put in a fantastic shift to earn a point.

In a very stop-start game, it took a little while for both teams to settle into any sort of rhythm. Callumn Morrison was causing the Cove defence problems early on with long balls finding his pacy runs. The first half chance of the match fell to the visitors as Charlie Telfer won the ball deep in his own half, beat his man and then played a precise long ball to Morrison who drove down the right hand touch line and whipped in a cross. The goalkeeper fumbled the ball which found Nesbitt who found some space but hit his shot wide.

After 25 minutes, and a lot of crosses from Morrison, Cove finally got their first chance of the game. The home team broke up the field and the ball found its way to former Bairn Robbie Leitch whose low shot went narrowly wide.

A minute later Falkirk broke back. It was Morrison with the danger down the right again as he pulled the ball back from the by-line to the middle of the 18-yard box where McGuffie was waiting, but his effort was off target.

Falkirk attacks were coming thick and fast and two minutes later they were getting forward again. Nesbitt played a good ball through to an onrushing McGuffie whose cross was dealt with, starting off a Cove counter that saw Robbie Mutch make a comfortable save.

Chances continued to come for Falkirk who couldn’t capitalise. Another cross was put in from Morrison across the face of goal but nobody was there to finish. Morrison was then clearly fouled at the edge of the box but the referee waved play on the the disbelief of the onlooking fans.

It was all Falkirk heading into the last 10 minutes of the first half. The first goal nearly came when Seb Ross got forward and pulled the ball back to McGuffie whose shot went agonisingly wide, sending both teams in goalless at the interval.

The high intensity carried on into the second half and it wasn’t long before chances started presenting themselves again. A terrific tackle from Ben Hall sent Morrison through. Morrison pulled the ball back for Seb Ross whose first time shot was blocked by Draper. A minute later, Callumn was sent through again, this time by Jaime Wilson. Morrison cut inside but sent his effort high and wide.

Again, Falkirk came close to opening the scoring. Callumn Morrison whipped a cross into the near post with the ball rattling off the upright and bouncing to safety.

20 minutes after the restart, Falkirk finally got their well earned goal. A quick throw in caught out the Cove Rangers defence and Seb Ross latched on to it, flashing a dangerous ball across the face of goal. Nobody was there to finish and the ball broke to Aidan Nesbitt who worked some space for himself and fired the ball into the roof of the net.

Five minutes later Falkirk had the ball in the net again but the goal was disallowed by the referee.

Another chance was squandered when substitute Aidan Keena was played through on goal but the keeper gathered the ball as Keena tried to round him.

12 minutes before the end, Cove Rangers found an equaliser. Scully got forward and managed to dink the ball through a tight gap for Rory McAllister to poke home from close range.

Although the Bairns will be disappointed not to leave Aberdeen with all three points, it was a performance to be proud of given that the players have only just emerged from isolation.