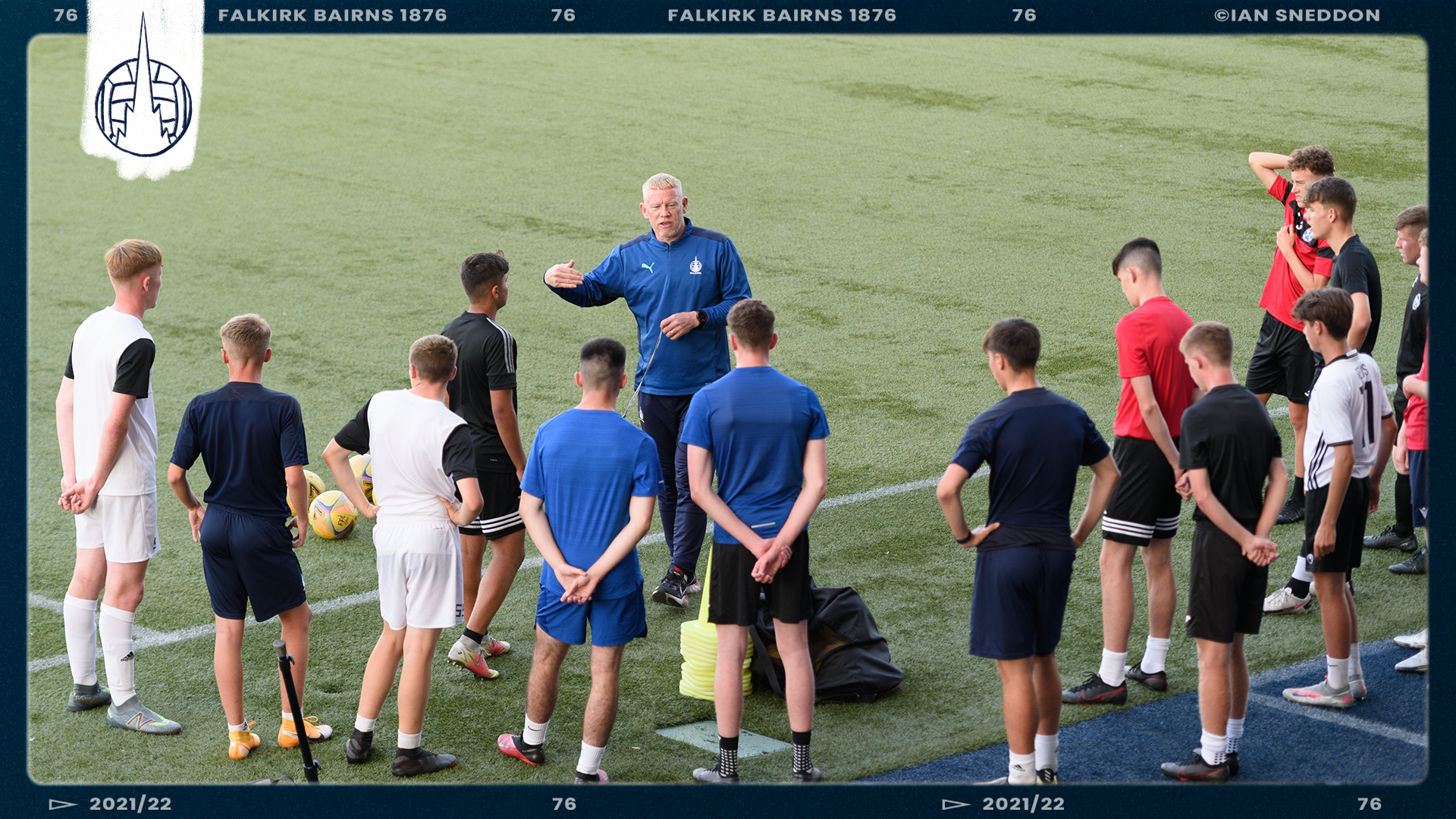 Falkirk FC is pleased to announce the first ten signings to its new development programme.

The signings follow an intense period over the last few months where around sixty young players have been trialled by Head of Youth Development, Ian Fergus and Falkirk FC Sporting Director Gary Holt.

The Development Programme has already delivered a pathway into the Falkirk first-team with the recent signings of Ben Weekes, Cammy Williamson and Mackenzie Lemon.

Both squads will take part in three training sessions per week at The Falkirk Stadium in addition to playing games as part of an SPFL league structure and an informal games programme.

“It’s fantastic to get this first batch of young players signed up for Falkirk as we take steps to re-establish the Club’s youth development pipeline. We’ve taken our time to put in solid foundations behind the scenes and to begin the process of identifying and trialling young players to come into our new set-up.

“The ten boys we’ve signed have shown up well in trials and are players we think can have a future in the game.  We’re now giving them the platform to work-hard and perform and hopefully earn a contract with the first-team, just like we’ve seen with Ben, Cammy and Mackenzie.”

“This is only the first batch of signings to come into the programme and both Gary and I are continuing to identify new talent to come into the Prospects Squad but also in the older age groups at Development Squad level. It’s a gradual process of evolution for our youth development squad but the building blocks are in place and the early signs look very positive.”

“Everyone at the Club knew the long-term nature of getting our youth development pipeline producing talent again but even Ian and I have been surprised at how quickly things have developed. The signing of these ten youngsters highlights our intent to have Falkirk synonymous with developing young players.

“We now have a clear pathway from youth level into the Falkirk first-team as evidenced by the three lads who have earned contracts with the first-team. Now the challenge is for every player coming into the prospect and development squads to work-hard, show their talent and forge a career in the game.”