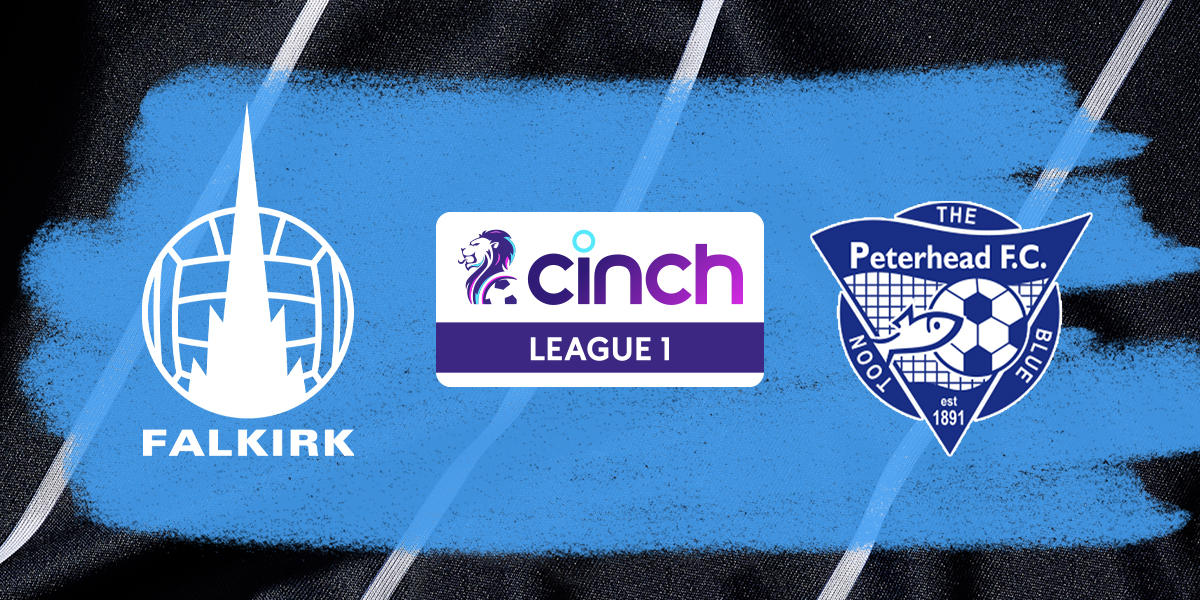 Next up for the Bairns is our second cinch League One match as we welcome Peterhead to the Falkirk Stadium.

Kick off is at 3pm, Saturday 7th August.

The Bairns have enjoyed a fair amount of success against our northern visitors over the last couple of years, winning four of the last five meetings and scoring 12 goals in the process. The last game fans attended before lockdown last year was a 3-0 victory over Peterhead that saw Declan McManus score one of our more memorable goals in recent memory with a free kick from 35 yards.

The Blue Toon ended their run of five games without a win against Falkirk towards the end of last season with a one-nil victory at Balmoor.

Our visitors currently sit third in the league following a two-nil win over newly relegated Alloa in the opening weekend. Goals from Niah Payne and Russell McLean helped their team to a surprise result leaving Peterhead behind Dumbarton and Montrose on goal difference.

Falkirk’s opening weekend was subject to some controversy as 14 players came out of self-isolation after a Covid outbreak to play their opening fixture against Cove Rangers in Aberdeen. Despite the circumstances the Bairns controlled the game but only managed to secure a point after the home team scored a contentious equaliser late on in proceedings.

Both home and away fans will be in attendance on Saturday afternoon with 3,500 supporters being allowed entry following a decision by the Falkirk Council to increase the capacity.

The game will also be available to stream live on Falkirk TV at the price of £13 and can be purchased here.