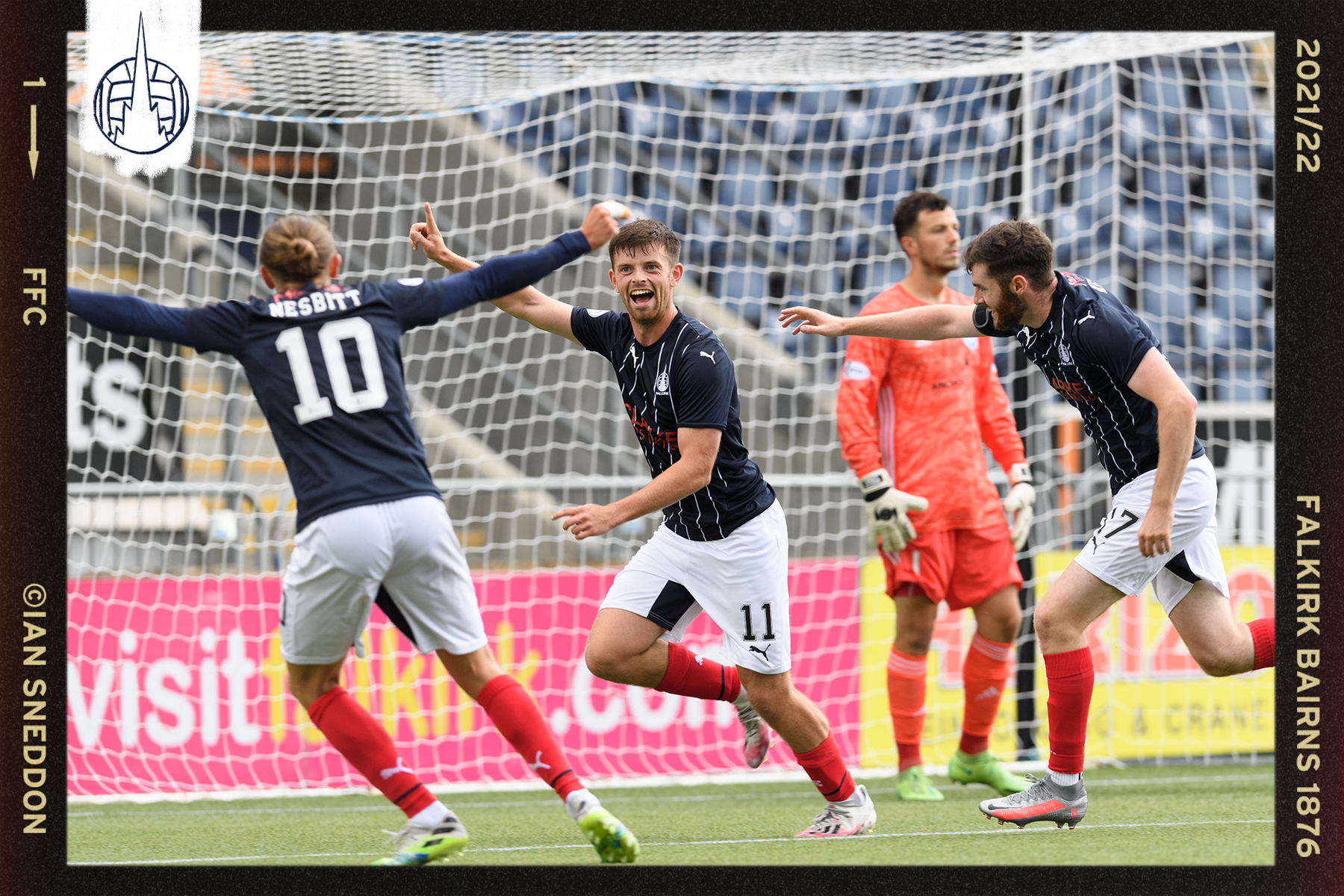 The Bairns got off to a winning start against Peterhead in their first home game of the 2021/22 cinch League One season.

It was nearly the worst possible start for Falkirk when Peterhead could have had a penalty after only two minutes. Leon McCann went in heavily on Andrew McCarthy, but the referee waved play on in front of a noisy South Stand. The Bairns recovered from the early scare and had a good chance five minutes later when Callumn Morrison’s shot was saved by Brett Long in the Peterhead goal, with the ball falling inches from the outstretched boot of Aidan Keena.

Falkirk opened the scoring with just less than a quarter of an hour gone. Callumn Morrison swung a glorious cross over, and Craig McGuffie was there to meet it with a great leap and header into the top corner. Paul Sheerin’s side continued to pile on the pressure after going a goal up, with Morrison again forcing a save with a good cross and Aidan Keena firing wide from the edge of the six-yard box following a poor first touch. The best chance following the goal came on 41 minutes. McGuffie, McCann, Nesbitt and Telfer combined to cut through the visitor’s packed defence with slick passing play, but Keena’s shot went just wide in the end.

Following the break Falkirk really began to dominate. Nesbitt played in Morrison, who forced the goalkeeper into a save, before The Bairns doubled their lead in front of the home crowd. A corner was headed out but fell to Aidan Nesbitt. The number ten’s shot deflected but fell to Paul Dixon and the left back made no mistake with an absolute rocket of a shot on the turn that went in off the crossbar.

The Falkirk defence had little to do in the second half, but on one of the visitor’s rare forays up the park Ben Hall did tremendously to get across and tackle what seemed like a certain goal from Russell McLean. Falkirk continued to create until late in the game as Morrison again tested the goalkeeper after beating his man, and new signing Samuel Ompreon nearly had a debut to remember when he looked to have scored if not for the heroics of Long. In the end it was Peterhead who got the third goal, with Jordan Brown taking advantage of slack defending to pull one back.

Despite the late goal The Bairns ran out comfortable winners in front of the nearly 3,000 Falkirk fans in attendance.