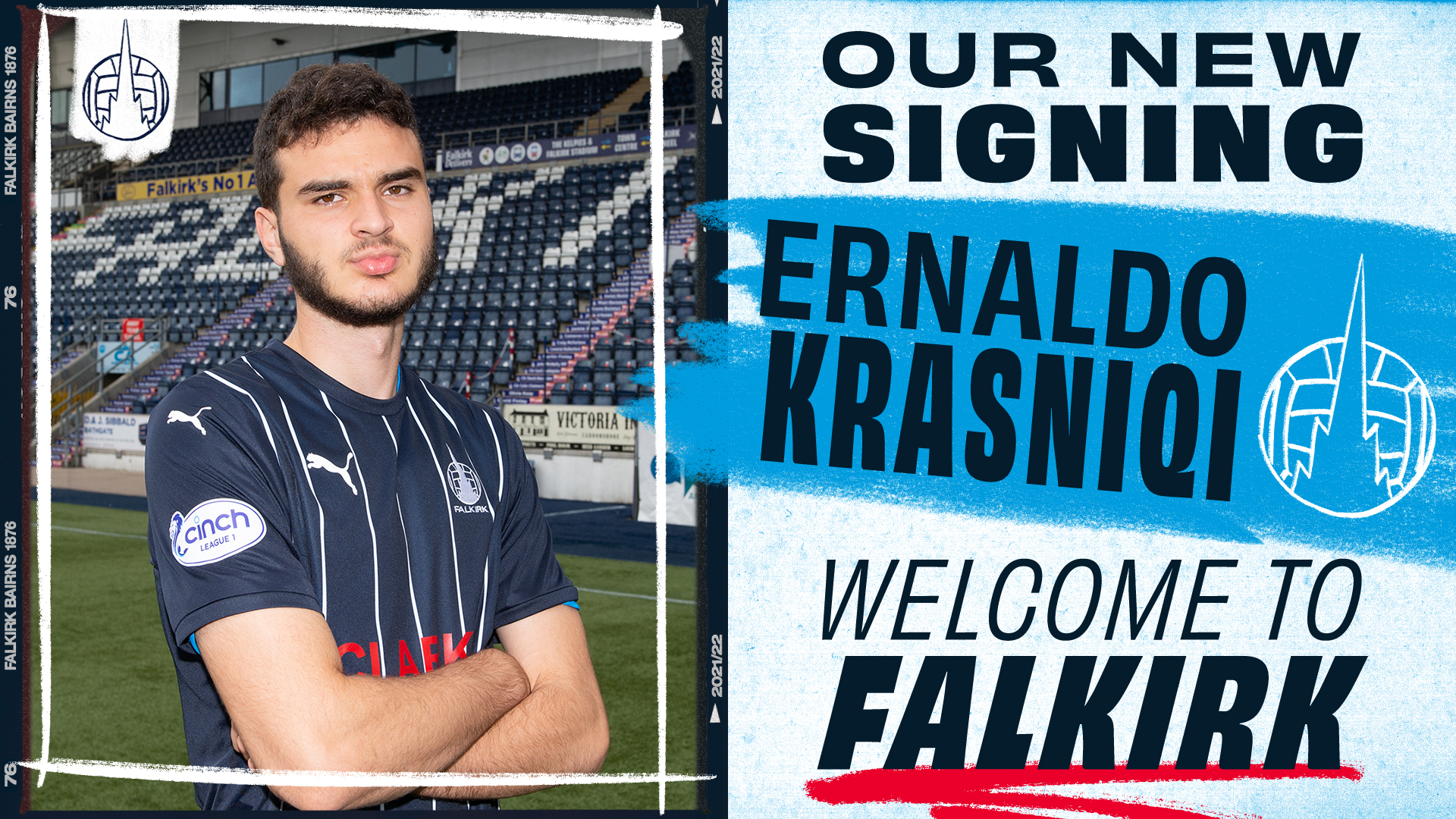 Falkirk FC is delighted to announce the signing of Ernaldo Krasniqi on loan from Huddersfield Town FC.

The Albanian midfielder joins on an initial loan deal until January 2022 from the English Championship side subject to international clearance.

The 18-year-old stands at over 6 foot 4 and plays primarily as a holding midfielder, although he can also play in the centre of defence.

“Ernaldo is an extremely bright prospect who we are delighted to bring in. We have been aware of the need to bring more height into the squad, but he is also natural on the ball and is someone who I think can both create from midfield and offer defensive cover.

“I know he is very highly thought of by Huddersfield Town and the opportunity for him to come to us at this stage of his career and play first team football will benefit him massively.”