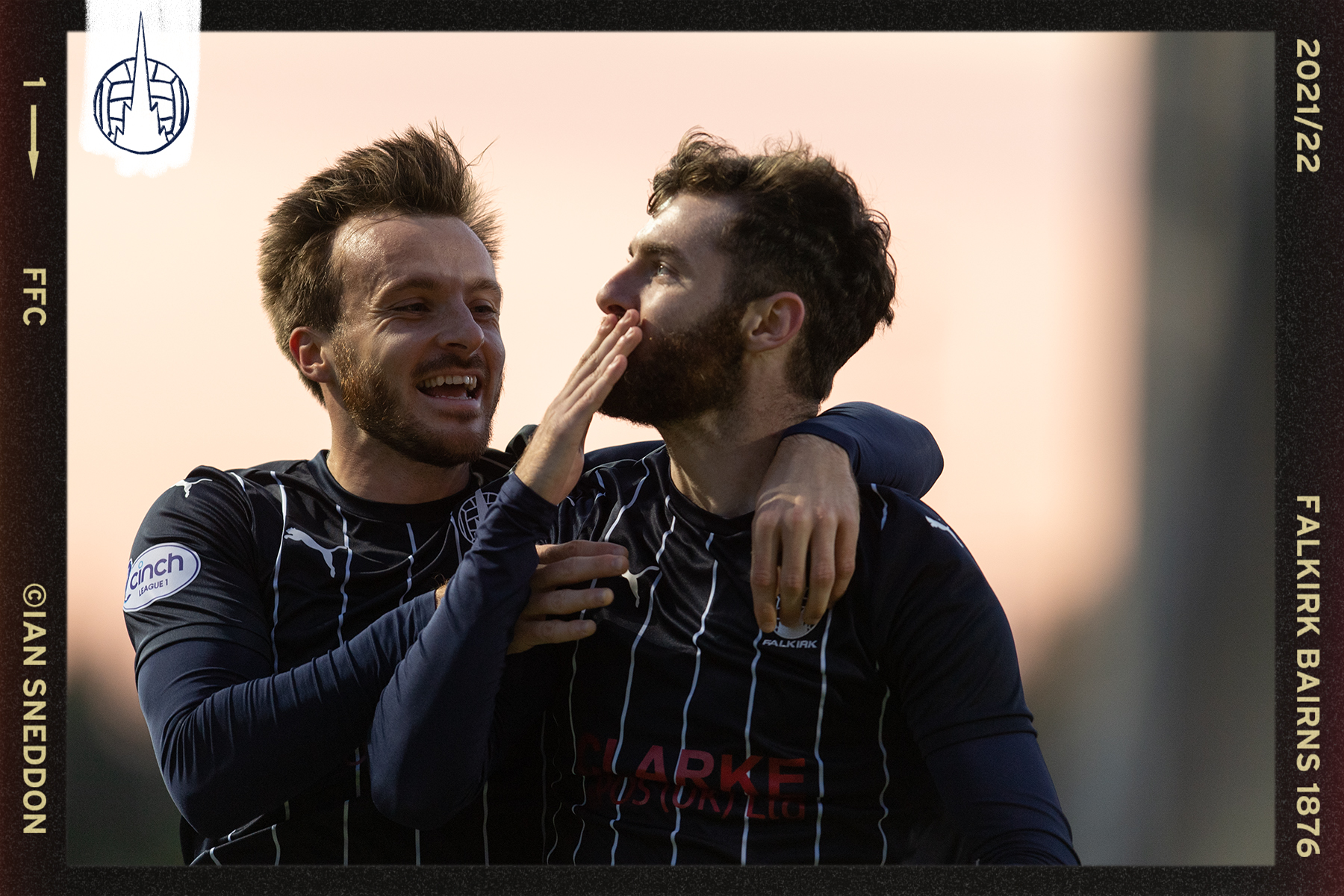 The Bairns secured a 3-0 win over East Kilbride in their first SPFL Trust Trophy match of the season.

Paul Sheerin’s side started the game at a high tempo, but it wasn’t until nearly 20 minutes in they got their first big chance. Jaime Wilson showed good footwork and was fouled at the edge of the area, but captain for the night Aidan Nesbitt fired wide with the free kick. The next opportunity fell to Ben Weekes, and it really should have been the opener. The winger was sent through on goal and tried a shot which was well saved by the goalkeeper, neglecting the easy ball to set up Samuel Ompreon for a tap in.

With half an hour gone Falkirk got the breakthrough. Smart play in the midfield released Aidan Nesbitt down the right-hand side of the box. He tried the return pass to Seb Ross, but it deflected back to The Bairns number ten, and he smashed it across goal to be turned home by East Kilbride defender Steven Old. Immediately after Falkirk nearly had a second, when Seb Ross drove forward and smashed a shot from outside the box that was just over the bar, but the half ended with The Bairns one goal to the good.

Ten minutes after the break Falkirk made it two. A great stop by Paddy Martin denied Chris Erskine, and the resulting corner was pulled back for a foul on Mackenzie Lemon. The Bairns’ keeper started a counterattack that saw Seb Ross through on goal, and the midfielder produced a brilliant lob over Jacob Kean in the East Kilbride goal to double Falkirk’s lead.

With 65 minutes gone Aidan Keena replaced Jaime Wilson in one of five Falkirk changes, and the Irishman didn’t take long to make an impact as he was brought down just outside the box when through clean on goal just five minutes later. The referee somehow didn’t reach for a red card, or even a yellow, but it didn’t matter when the Falkirk striker rifled the set piece into the bottom corner.

Falkirk had several great chances following the goal, with the best falling to Callumn Morrison, Ben Weekes and Morrison again, but it was the visitors that nearly got a consolation late on. Mackenzie Lemon, superb on his first appearance for the club, was penalised for what seemed a very soft push on the East Kilbride attacker. Erskine stepped up to take, but goalkeeper Paddy Martin was up to it and pushed the spot kick away.

Despite the penalty it ended in a comprehensive win for Falkirk to set up a tie with Kilmarnock in round two of the SPFL Trust Trophy.