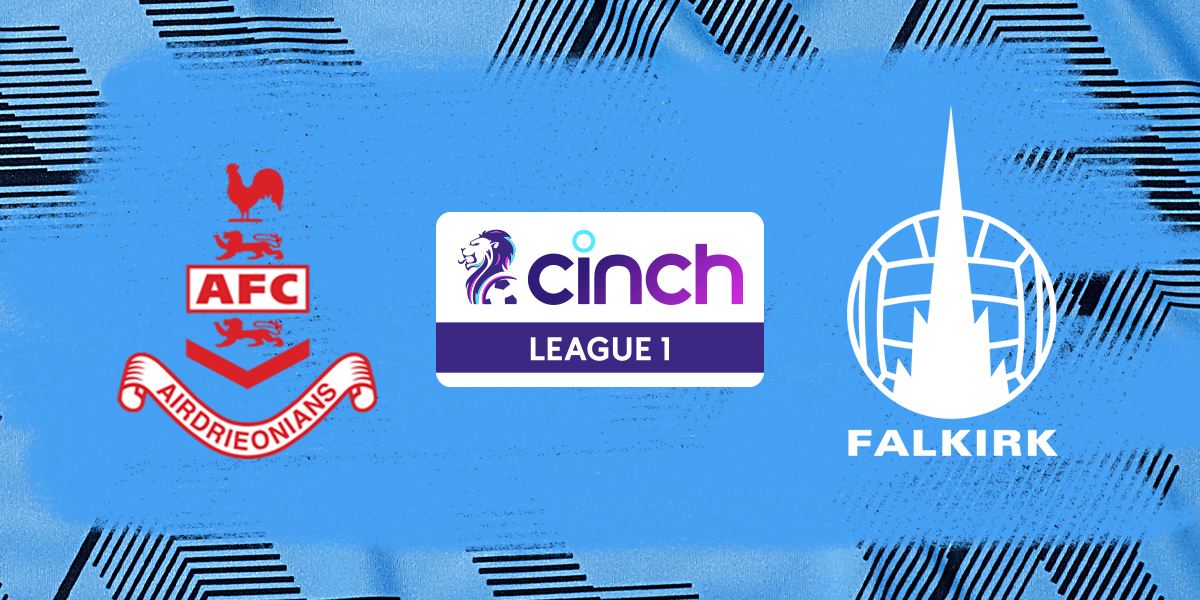 Next up for the Bairns is a trip to the Penny Cars Stadium where we will face Airdrieonians in our third cinch League One match of the season.

Kick off is at 3pm, Saturday 14th August.

Since dropping down to League One, Falkirk haven’t had the greatest of times when it comes to facing off against promotion rivals Airdrieonians. The North Lanarkshire club have given the Bairns a torrid time over the last few seasons, running out victors four times in the last six encounters and drawing twice, their last win against us saw them put the final nail in the coffin of our 2020/21 campaign in the last league game of the season.

Our last win against The Diamonds came eight years ago in 2013 when both sides were in the Championship.

Our hosts currently sit bottom of the cinch League One table following a disappointing start to the season which has seen them lose 3-0 to Montrose at home in the opening game of the season, and draw 2-2 away to Dumbarton, who came back from 2-0 down with two late goals to secure a point.

Despite only winning two of their six competitive games so far this season, Airdrie have shown that they shouldn’t be taken lightly after defying the odds with a shock 2-0 win over Premiership side Motherwell.

Falkirk remain unbeaten after the first two league games following a 1-1 draw away to Cove Rangers and a convincing win against Peterhead despite the 2-1 scoreline.

The Bairns are also coming off the back of a dominating display in the SPFL Trust Trophy that saw them put three unanswered goals past East Kilbride.

With restrictions eased, an almost full capacity crowd will be in attendance for Saturday’s match.

All ticketing info can be found here.

This game will also be available to watch for our overseas Falkirk TV subscribers.

For fans who wish to travel to the game via fans bus, Kevin McAllister FSC to Airdrie is leaving Falkirk at 2pm, and from the Roman Bar at 2:05pm. Seats available. Contact Gavin 07525000648.