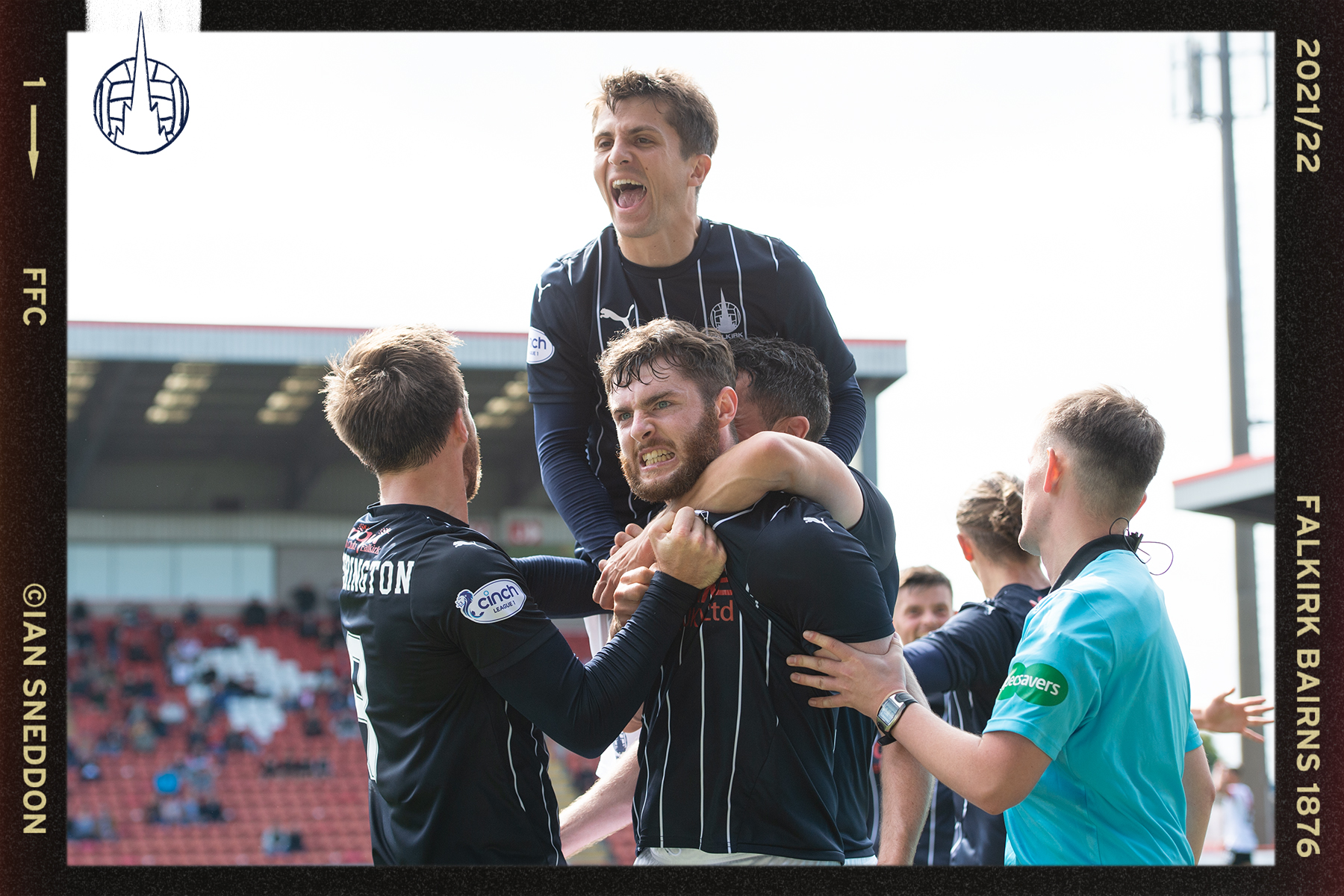 The Bairns continued their unbeaten start to the 2021/22 cinch League One season with a battling win away to Airdrieonians.

The Diamonds have been a bogey side for Falkirk over the last few years, and the hosts looked good as they controlled a lot of the early possession, but Falkirk looked dangerous on the break. The first big chance fell to Callumn Morrison, who’s effort following a great Aidan Keena pass was blocked, but Airdrie soon had chances of their own, with Steven Hetherington booked for stopping a counter and Calum Gallagher struggling to keep a close-range header down. In the end it was Falkirk who got the breakthrough. Aidan Nesbitt drove goalward and fired a shot that was saved by the goalkeeper, but Callumn Morrison was there to rifle home the opener.

Minutes later it was two for Paul Sheerin’s side. Keena and Nesbitt exchanged a one-two on a quick counter that saw the Irishman wide of goal. He cut inside onto his weaker left foot, buying himself a yard of space on the defender covering him, and curled a sumptuous effort into the top corner from outside the box. It was a goal that Falkirk fans will want to see again, and The Bairns looked like they would comfortably see out the half when Hetherington received a second yellow for a trip on the Airdrie attacker just before the break.

Into the second half the home team instantly began to take command, using their man advantage well. Robbie Mutch was forced into a smart save early in the second half before the resulting corner had to be cleared off the line. Five minutes after the whistle to recommence play went and Airdrie had pulled one back. A ball across the box fell to Gabby McGill, who did well to take a touch and place it into the roof of the net from inside the six-yard box, evading Robbie Mutch.

After getting their first Airdrie began to really look for an equaliser, pounding the Falkirk box with crosses and set pieces, but the new defensive pairing of Ben Hall and Mackenzie Lemon stood firm. Blocks came flying in by the whole Falkirk team, reducing the hosts to half chances that were ably dealt with by Robbie Mutch in the Falkirk net. The Bairns had a few good chances of their own, with Samuel Ompreon heading over from close range and Callumn Morrison slicing wide after dancing past three defenders, but it was the second half defensive performance that stood out and gave The Bairns their first win against Airdrie since being relegated to League One.