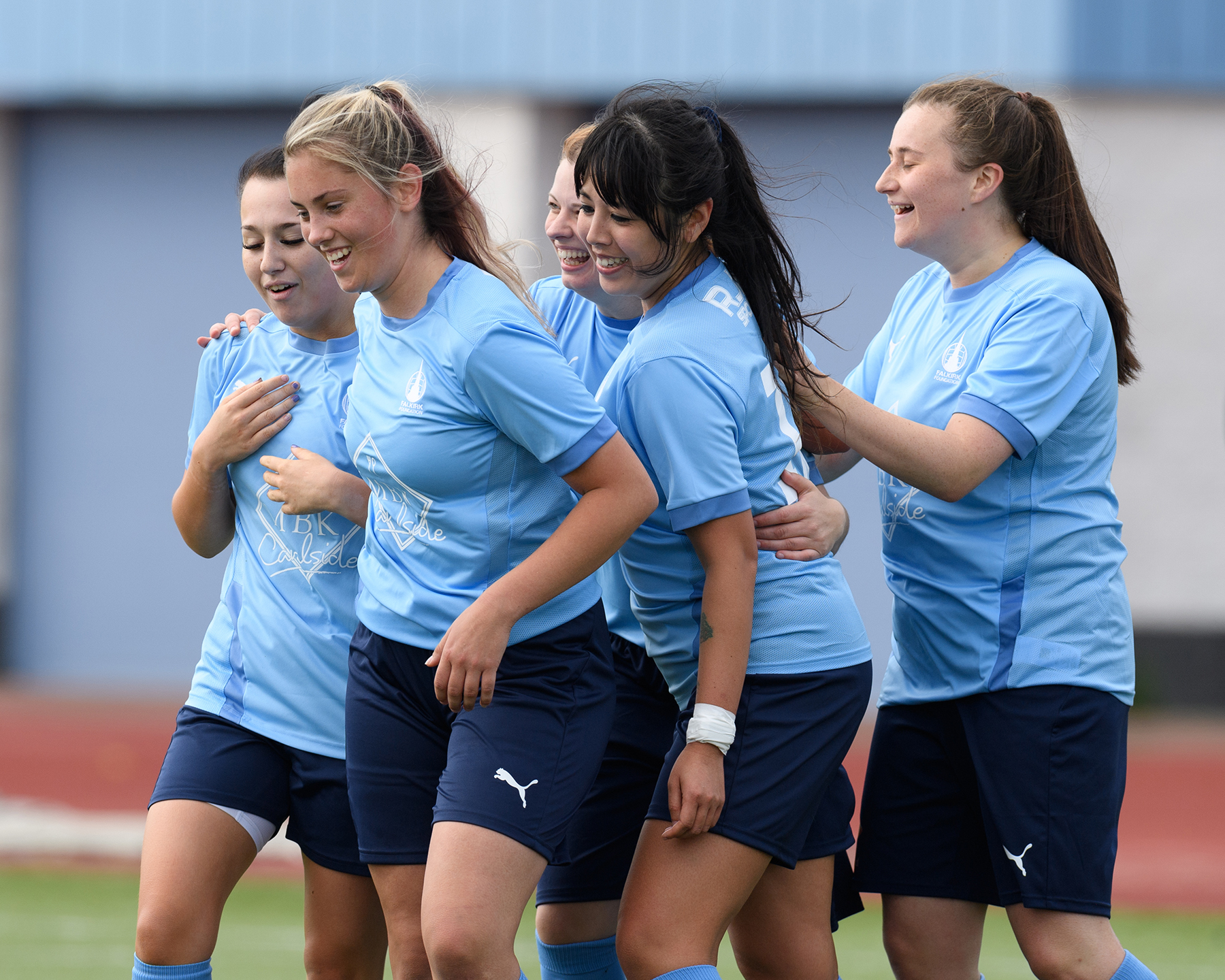 It was a double header of Airdrieonians v Falkirk this weekend, but Falkirk appeared to have Airdrieonians’ number on Sunday as well as Saturday as the women’s team ran our 4-1 winners in Carluke.

The first chance fell to the home team after 15 minutes of Falkirk enjoying the majority of  the possession. An Airdrie corner fell to one of their players on the edge of the box but her resulting shot came back off the bar and was cleared to safety.

Falkirk’s first proper chance came not long after in the 22nd minute. The play was switched, and the ball crossed to the Gemma Dawson who met the ball with a strong header to put the visitors one-nil up.

Chances were coming thick and fast for Falkirk who were denied another after a terrific save from the Airdrieonians keeper.

Despite the chances, it was Airdrie who scored the next goal. The loose ball was picked up in midfield and the resulting long range strike was parried by the keeper. Unfortunately the ball went straight to an Airdrie player who finished for the equaliser.

It didn’t take long for Falkirk to get back in front. Just six minutes into the second half Dawson won a penalty that she calmly slotted away.

Falkirk got another just a minute later. Some great play from Zoe Taylor saw her beat 3 opposition players and set up Gemma Dawson who finished well for her hat-trick.

Falkirk ended the rout with just four minutes to go with a great show of pace from the striker who smashed the ball home, wrapping up a great weekend of football for Falkirk and a miserable one for Airdrie.