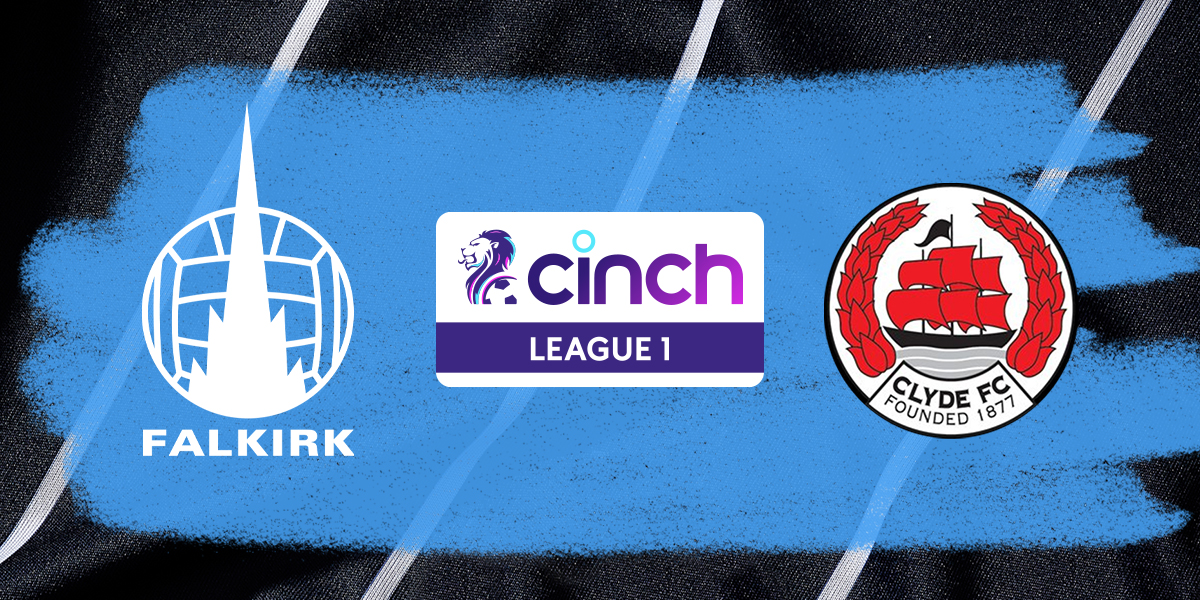 Next up for the Bairns is Clyde. We welcome them to the Falkirk Stadium this Saturday for match-day four of cinch League One.

Kick off is at 3pm, Saturday 21st August.

Since records began, Falkirk and Clyde have met each other in competitive competition 174 times, with Falkirk having won 74 of those meetings and drawing 39.

In more recent times, the two sides have faced off six times over the last three years with Falkirk winning the last three encounters and the Bully Wee coming away victorious in the previous three fixtures before that.

The last meeting between the two sides came shortly after football had resumed following last season’s second stoppage due to lockdown. Goals from Ben Hall and Aidan Keena were enough to seal the win during a period of bad form despite a late goal from Joshua Jack that made for an uncomfortable final few minutes.

Our visitors currently sit sixth in the cinch League One table on four points following a win, a draw and a loss in the opening three games of the season.

Clyde didn’t get off to the best of starts, suffering a three-nil defeat at home to Dumbarton on the opening weekend. It wasn’t Clyde’s day from the outset, made evident by an own goal from Conrad Balatoni just after the ten minute mark. Goals from former Bairn Ross MacLean and Conner Duthie rounded off an impressive display by Dumbarton.

Things looked to be going from bad to worse for Clyde as the following Saturday saw them two-nil down at Montrose after an hour, however, two last gasp goals from Robert Jones and Ally Love in the 88th and 91st minute rescued a point for the Bully Wee.

Last weekend saw Clyde finally get a win under their belt with a two-nil victory over Alloa.

The Bairns remain unbeaten in the league this season despite facing off against some touch opposition. A one-each draw away to Cove Rangers on the opening weekend and a two-one win over Peterhead at home meant that Falkirk went into last weekends game against Airdrieonians with their confidence high.

Airdrieonians is always a tough fixture for Falkirk who, before Saturday, had failed to register a win over their hosts since dropping down to the same league. The visitors didn’t go into the game playing at their best but any apprehension was dispersed after 27 minutes, after two goals in two minutes stunned the home team.

The first goal was a well worked move that culminated in man on form Aidan Nesbitt playing a dangerous low cross into the box, forcing the keeper to parry straight into an onrushing Callumn Morrison who buried the rebound. The second goal is one that will live long in the memory of the Falkirk faithful. After beginning the move with a defensive header, Aidan Keena ran the full length of the pitch, playing a one two with Nesbitt before chopping back onto his weaker foot and curling a sublime looping shot from the edge of the box that nestled in the back of the net, sending the travelling support wild. It didn’t take long for the tension to return though as captain Steven Hetherington’s dismissal following a second booking brought the leaders down to ten men.

Airdrieonians took their chance to pile the pressure on and managed to get a goal back not long into the second half. Despite wave after wave of constant pressure, the team managed to hold on for a win that won’t be forgotten any time soon.

Tickets are now on sale for this match and there will an away allocation in the North Stand.

Tickets must be purchased online as there will be no pay at the gate option.

Tickets can be purchased here.

Season Ticket holders will be able to access the game with their season ticket cards.

Food and drink kiosks will be open for this game.

Falkirk v Clyde will also be available to watch on Pay-Per-View. PPV passes will be available to purchase later on this week and we will notify you when they become available. PPV will be priced at £13 for this game.