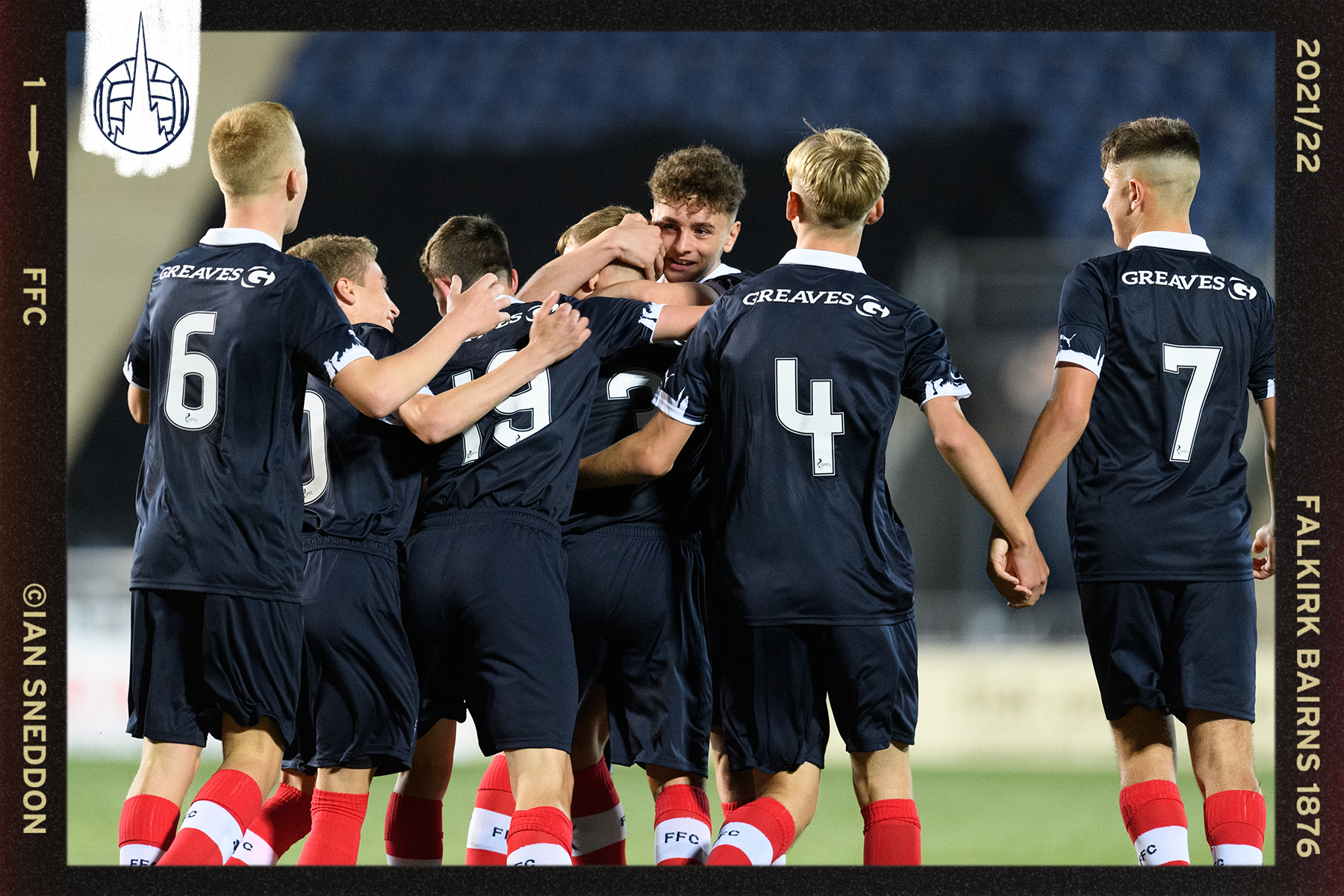 Falkirk’s U16 Development Squad defied the odds on Tuesday night as they ran out two-nil winners over Heart of Midlothian U16s.

After narrowly losing to Dundee at the weekend, Ian Fergus’ Development Squad bounced back in the best way possible by putting in another excellent performance to see off big-hitters Hearts in front of 250 spectators.

A change in formation from Sunday’s match against Dundee seemed to make a big difference going into a much tougher game. Hearts couldn’t cope with the pressure put on them by the Bairns and the tempo of their play.

One aspect that stood out for Head of Development Ian Fergus was the fitness of the squad. The rate at which their fitness has improved since training started was evident in last night’s win.

The two goals came midway through the second half, just ten minutes apart from each other. The first was a terrific free-kick. Full back Cameron Stone stepped up to take the set-piece and hit a right footed shot from the left hand side straight into the top right corner. The second came from Reece Forbes who hit a powerful shot from outside the box that also went top corner.

Ian Fergus had this to say following the game:

“The game plan, the formation we set out – we changed the formation from Sunday – helped us. We were far more fluid. There was a nervousness on Sunday and that cleared last night.

“They never allowed to opposition a chance to settle and play. Good teams don’t like getting pressed and harried and forced into errors. We made a lot less errors and forced a lot more than we did on Sunday. We scored two cracking goals and forced their goalkeeper into making some fantastic saves.

The Development Squad now turn their attention to Friday when they play Alloa in the first CAS Youth League game of the season.

“We’ll be seen as the big scalp on Friday. We’ve come a long way very quickly but we need to keep our feet on the ground and develop these boys, slowly, steadily progressing.”