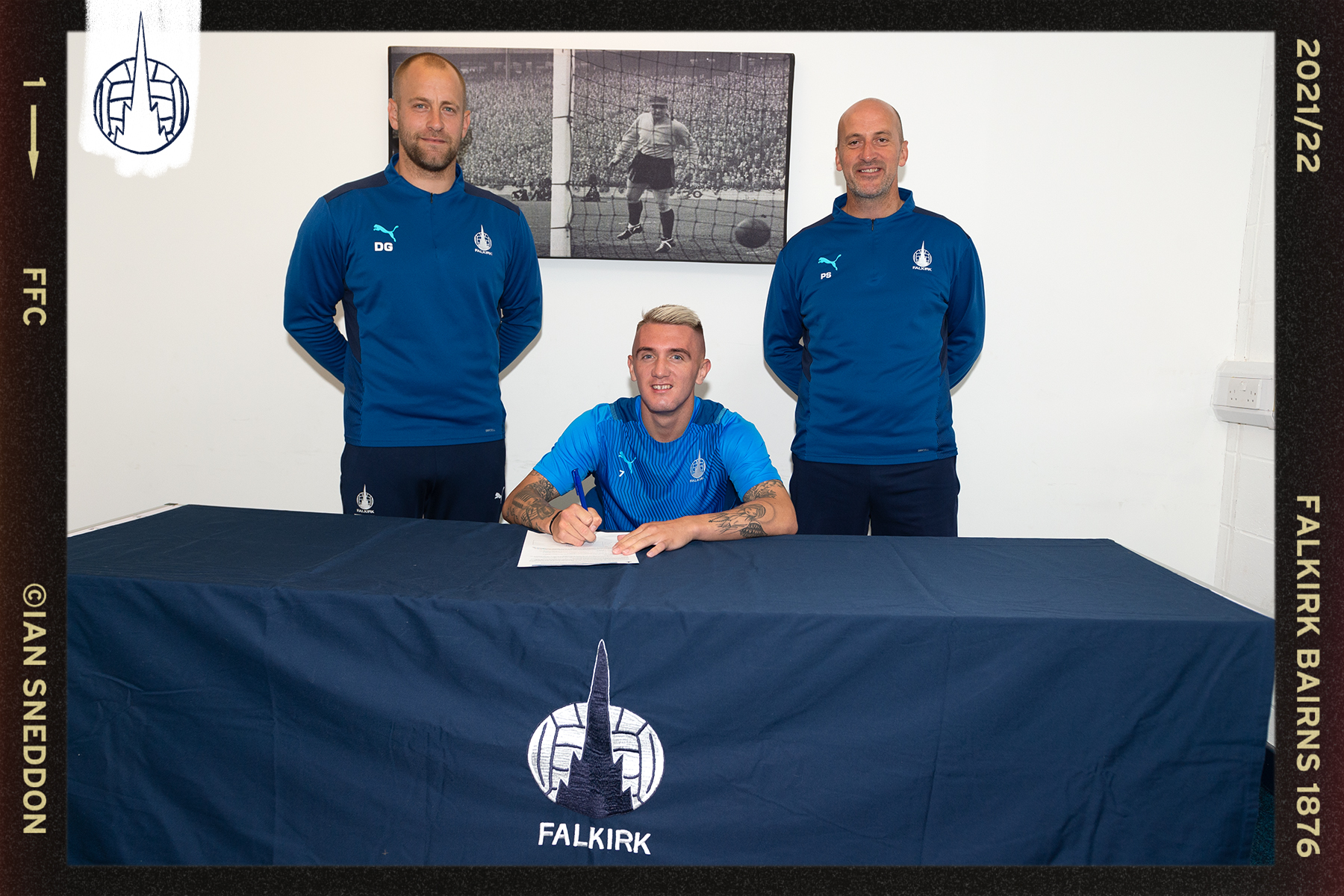 Falkirk Football Club are delighted to announce that Callumn Morrison has signed a new two-year contract, keeping him at the club until 2024.

Callumn joined the Bairns from Premiership side Heart of Midlothian last summer, signing a year extension a few months later following a terrific run of performances that helped build an unbeaten run for the team until Christmas.

Since signing last season, Callumn has made 32 appearances for the club, scoring 12 times and providing seven assists, and has been an integral part of the squad.

“I’m absolutely delighted. It’s been something I’ve been working with Paul [Sheerin] and Gary Holt to finalise for a couple of weeks now and we’ve managed to get something sorted. It’s great to sign again and it offers a bit of security for me and my family.”

“It’s really pleasing from our point of view. We knew Callumn coming into the club from his time as a development player with Hearts and I’d played against him a couple of times when I was with Aberdeen. I knew what he was about but I didn’t realise quite how effective he can be until coming to Falkirk and he’s certainly earned the deal.

“He’s been nothing short of excellent for us since we came in and he’s been extremely responsive to how we want to work. At the top end of the pitch he’s such a threat for us in terms of creating chances and scoring goals as well so it’s huge for us to tie him down at this stage of his career.”