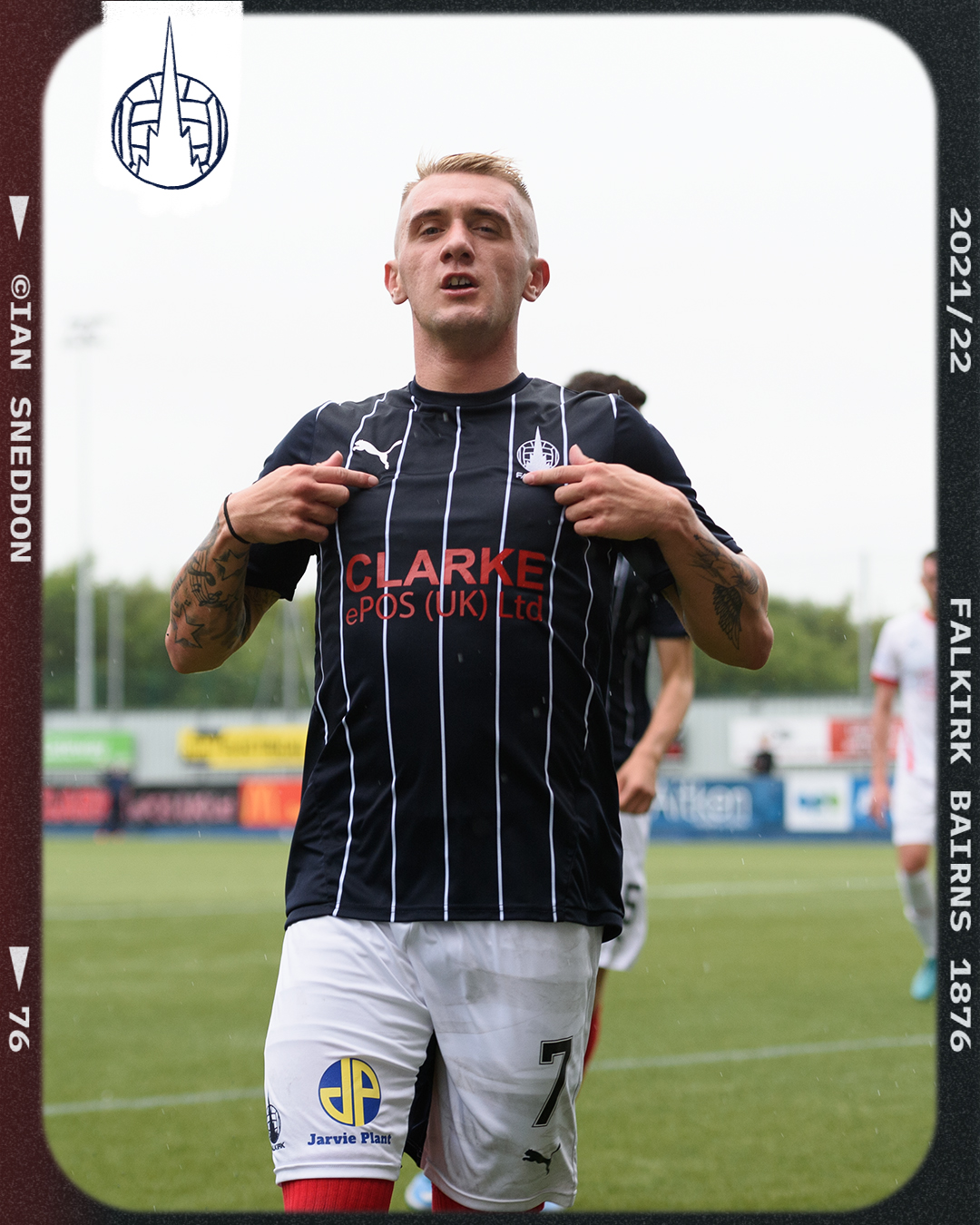 It was a comfortable victory for Falkirk as they ran out winners against Clyde by three goals to nil.

Paul Sheerin’s side started the game at a high tempo, with Callumn Morrison creating a great chance with a brilliant cross after thirty seconds, but Aidan Keena headed wide. Four minutes later Falkirk passed up a brilliant opportunity when a glorious ball down the line found Craig McGuffie. The winger cut the ball back to Seb Ross, but he blasted it straight into a member of the Clyde defence. McGuffie was soon involved again as he found himself on the end of a clever short corner by Charlie Telfer, firing wide of the target. The match slowed after the rollercoaster first ten minutes from Falkirk, with Clyde doing better on the ball and holding on to more territory. Despite this The Bairns still had the best two chances in the rest of the half. McGuffie swung an excellent cross in, but nobody could get on the end of it, and he then fired another great cross over that came off Aidan Nesbitt, but somehow didn’t go in.

After coming back out following the half time break The Bairns really stepped up their pressure, with Clyde struggling to cope. Ten minutes after the break, and numerous Falkirk chances, they finally got the breakthrough. Paul Dixon picked the ball up following a free kick and drove forward with it before firing a shot into the bottom corner from twenty yards out using his weaker right foot. Falkirk continued to push after the goal and had a second ten minutes later. Aidan Keena was wiped out and Callumn Morrison made no mistake with the penalty. Falkirk began to play their best football of the game late on, not letting up on the Clyde defence and interplaying well. With the final kick of the ball the home side got the third. A quick Falkirk break saw the ball come to Callumn Morrison in the box. The winger showed great composure to hold the ball in the box before turning and blasting it into the back of the net.