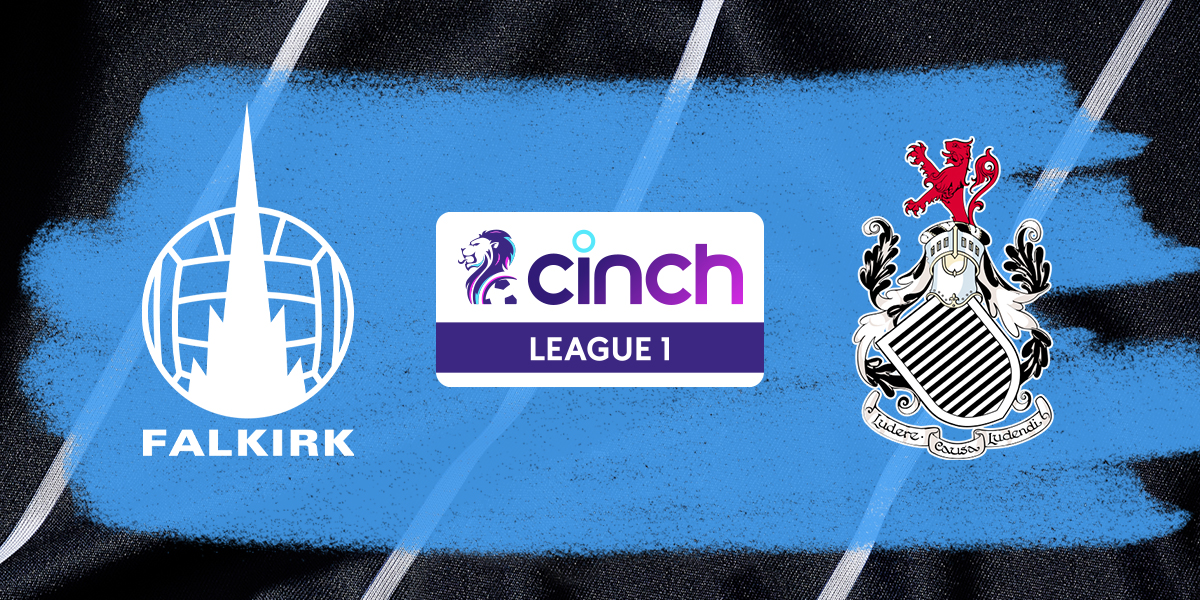 Next up for The Bairns is another home game in cinch League One as we welcome newly promoted Queen’s Park to the Falkirk Stadium.

If you had a time machine and, for some reason, instead of going back to the age of the dinosaurs or witnessing the construction of the Great Pyramid of Giza, you fancied venturing back to the last time Falkirk and Queen’s Park played each other, you would have to set the set the date for April 2nd 1983.

The two clubs have faced off against one another 118 times throughout history, with Falkirk winning on 62 occasions and losing on just 38. Amazingly, none of these meetings have taken place within the last 38 years. Prior to 1983, Falkirk v Queen’s Park was a fixture that promised goals and never failed to deliver, seeing 417 goals scored in 118 matches. An average of 3.5 goals per game. If 1905-1983 is anything to go by, this Saturday could very well be a thriller.

Saturday’s visitors currently sit third in the cinch League One table, just two points behind Falkirk on, and remain undefeated in the league with two wins and two draws.

Despite being League One newcomers, Scotland’s oldest team are seen by many as one of the favourites for promotion this season, and their last four results in the league prove that they could be a tough nut to crack.

The opening weekend saw Queen’s Park earn a point away at East Fife before going on to beat fellow promotion hopefuls Cove Rangers in an upset that saw the hosts sucker punch Paul Hartley’s team with two goals in as many minutes.

Their previous two results saw them dispatch Dumbarton without much fuss, with former Bairn Louis Longridge getting on the scoresheet in a dominant three-nil win, before heading to Alloa who scored late on to rescue a point after another former Bairn, Michael Doyle, set up striker Simon Murray.

The Bairns also remain unbeaten in the league with three wins out of four and go into Saturday’s game with confidence high following a three-nil dismantling of Clyde last weekend.

Falkirk didn’t get off to the greatest start against Clyde who sat back for most of the game. It took until the 57th minute for the deadlock to be broken. Paul Dixon carried the ball through the opposition half unchallenged before driving home a low shot from outside the box with his right foot that crept just inside the post, bringing his goal tally in all competitions this season to three. Not bad for a centre back.

Ten minute later the hosts had the ball in the net again after Aidan Keena was brought down in the box. Callumn Morrison buried the resulting penalty to double the lead. It was Morrison who finished the scoring with almost the last kick of the ball to seal a brace and the win. Aidan Nesbitt put an early ball to the edge of the box where Morrison did well to hold the ball up and make some space before rifling the ball into the back of the net.

Tickets are available for all three stands and are on sale now.

PPV passes can be purchased here and are priced at £13.