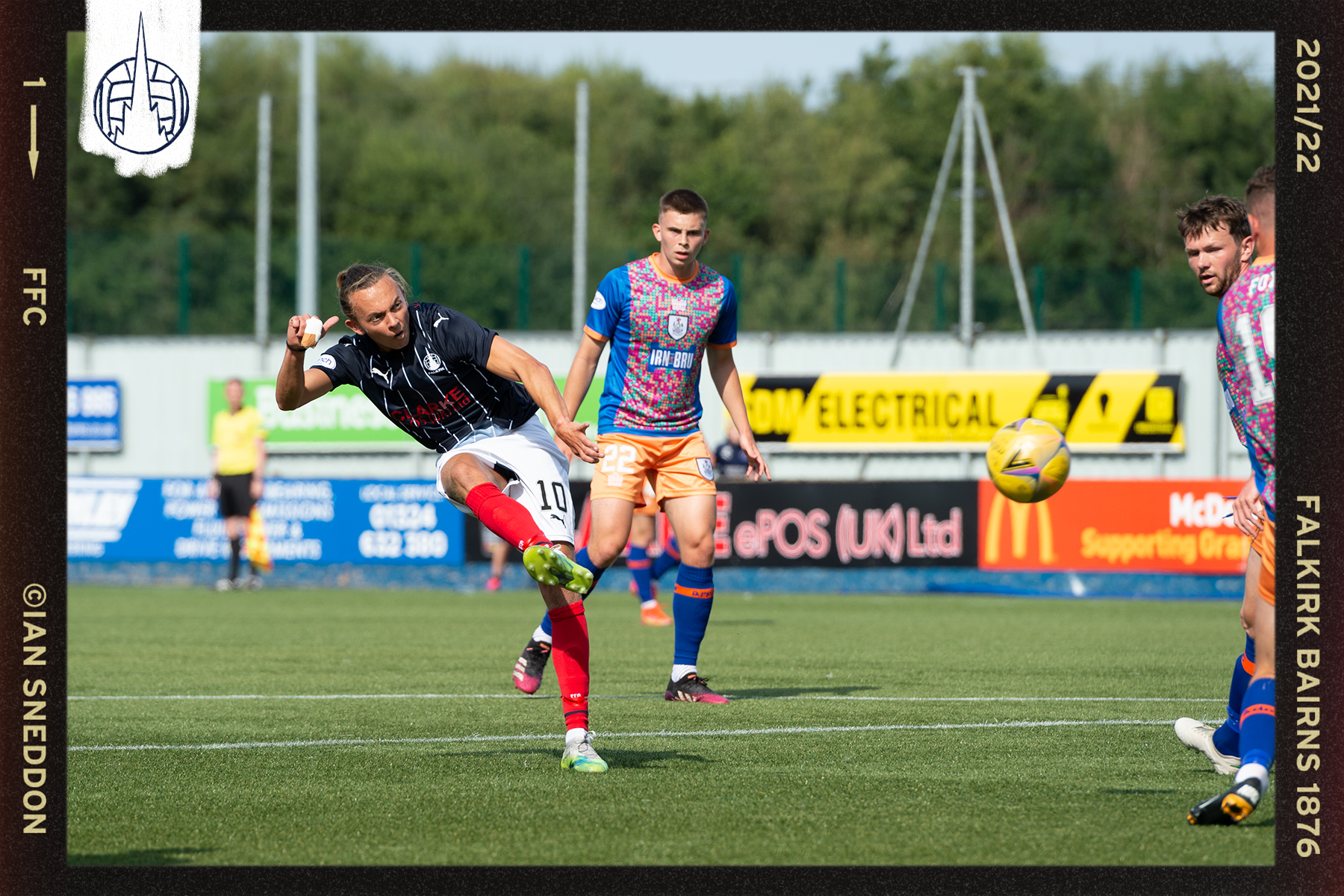 It was a first defeat of the cinch League One season for Falkirk as they were beaten in a top of the table clash against Queen’s Park.

The Bairns started the better of the two sides in the early stages of the match. Callumn Morrison swung a couple of terrific crosses in that had to be dealt with by the last man then Aidan Nesbitt’s shot from inside the box was blocked by a flying defender, with the referee waving away handball appeals. Aidan Keena came close with a shot just past the near post from a tight angle after cutting inside before Callumn Morrison had the ball in the back of the net, but it was pulled back for a tight offside.

With half an hour gone it should’ve been 1-0 Falkirk, with Seb Ross missing a free header from a corner, but two minutes later it was the visitors who got the opener in one of their first chances of the half. What looked a soft foul was given by the referee and Simon Murray stepped up to score the free kick.

The Bairns went into the break a goal down but had a golden opportunity seven minutes after half time to get things level. Aidan Keena stood up to a challenge and was brought down, but Callumn Morrison’s spot kick smashed the crossbar and was cleared. After an hour Falkirk again had a goal ruled off for a tight offside. Gary Miller did brilliantly to control a pass and blast a shot into the post before Aidan Keena tapped home, but the referee’s whistle cut short the celebrations.

Despite some late chances, and Falkirk throwing everything at it, it wasn’t to be and the Glasgow side took all three points.