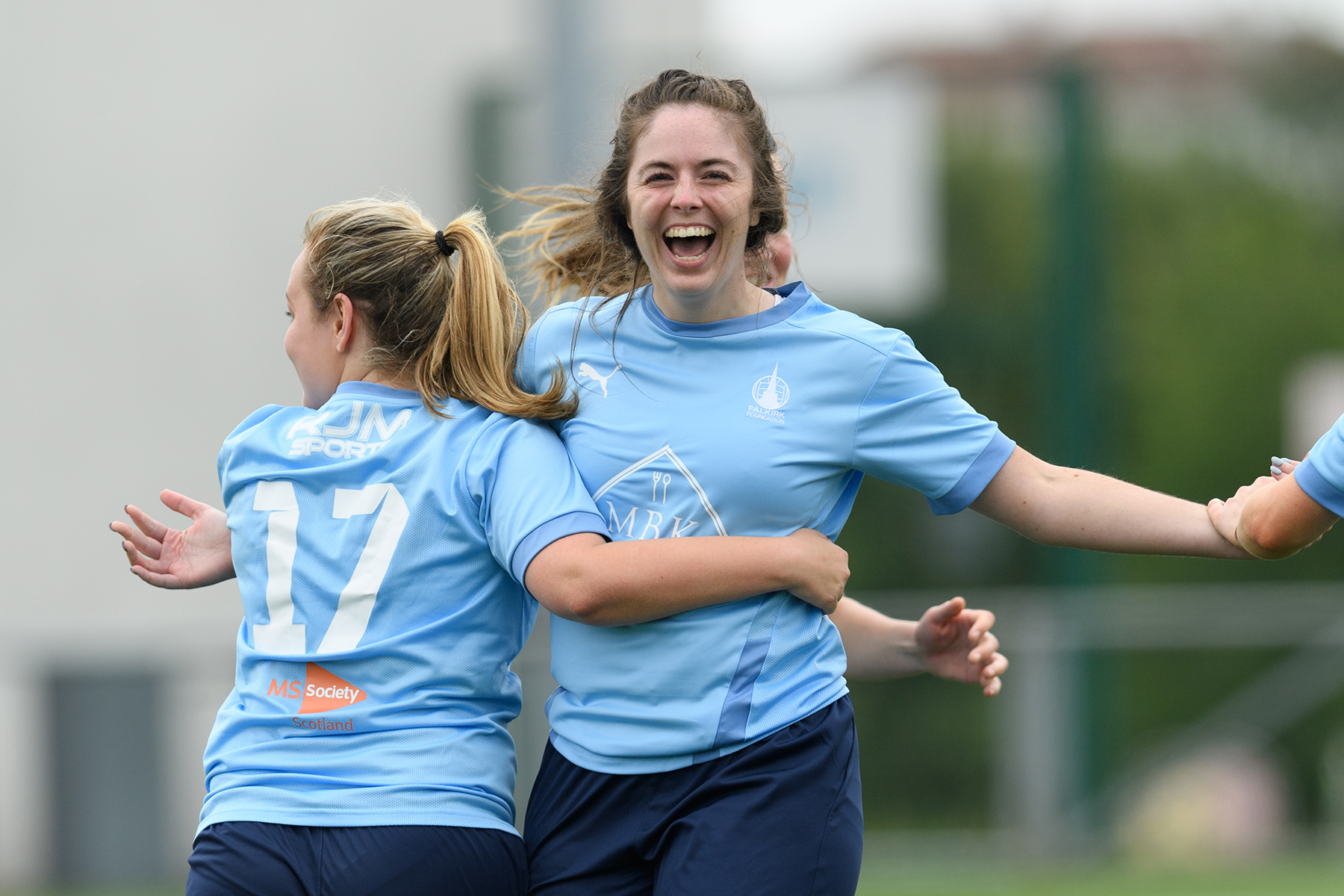 Falkirk Women progressed to the next round of the Championship Cup after beating Glasgow United in extra-time.

It didn’t take long for the game to get going, with the excitement starting in the first five minutes as Eva Rule tried an early shot from range that rattled the crossbar. Replying instantly, the home team won the ball back in midfield, trying a long shot themselves, which also came crashing off the bar.

Falkirk saw most of the ball in the first half hour, with final balls letting them down. Falkirk also forced some great saves from United’s goalkeeper. Following a series of corners, Aimee Duffy managed to get a good shot away from outside the box that was heading towards the top corner and was well saved.

The deadlock was broken just before the 40 minute mark when Chelsea Raymond played a long ball to Rule in the middle of the park. Rule turned and drove at the backline before shooting and finding the back of the net, sending the visitors into the break with the lead.

United Glasgow came out from the break determined to get back into the game. Straight after kick-off, the loose ball was picked up by their midfielder who played in the striker, who made no mistake with the finish to even the scores.

The following 20 minutes saw end-to-end action with the home team pressing higher and playing with more confidence. United Glasgow continued to fire long range shots at Rachel Docherty’s goal, with one striking the crossbar again. Despite this Falkirk had the more dangerous chances thanks to Kirsty Gilbert and Gemma Dawson’s deliveries from wide areas.

With less than 20 minutes to go Glasgow managed to win a penalty following a questionable handball decision against Laura Dickson. The shoes remained level however as Docherty dived to her right, palming the ball to safety in what was a spectacular save.

Falkirk kept the pressure on for the remainder of the 90 minutes, being denied by some goal-line clearances and being denied a flurry of chances by the goalkeeper, sending the game into extra time.

Falkirk had all the possession and all the chances in the first half of extra time and it paid off when substitute Fiona Gardner skipped past her defender with her first touch of the game and shot low past the keeper to finally give her team the lead.

Eight minutes later, Falkirk increased their lead to two. Raymond received a quick throw in from Tayor and sent an accurate 70 yard lobbed pass right into the path of Dawson who chipped the keeper to make it 3-1.

United Glasgow managed to pull a goal back seven minutes from the end following a composed finish from their left sided winger. Despite this, Falkirk managed to hang on for the win to progress to the next round of the cup.