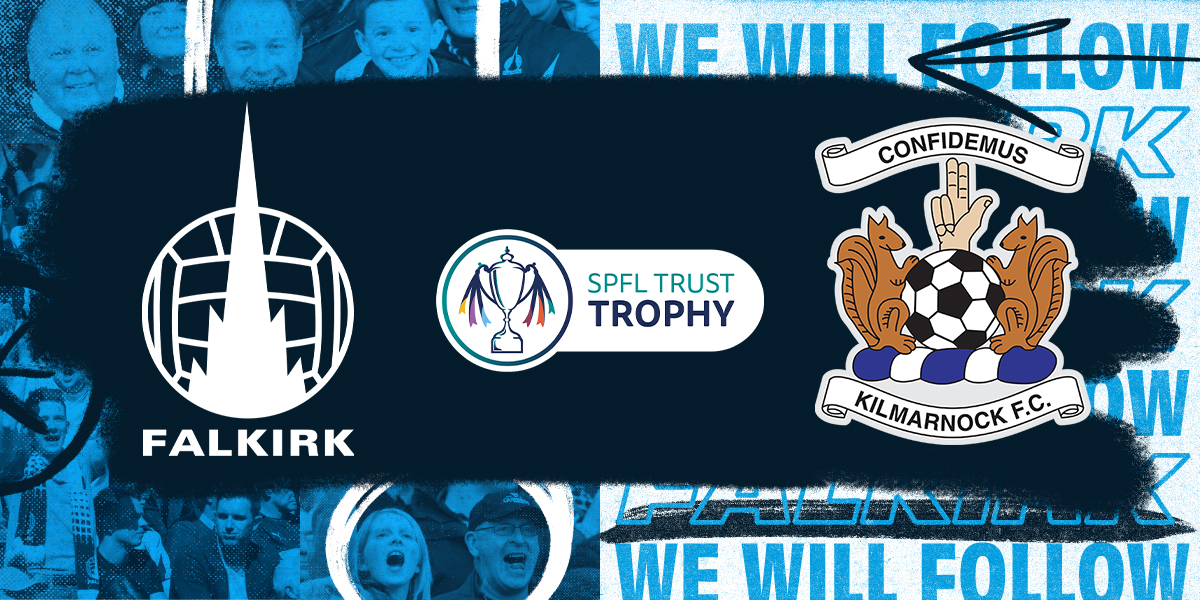 Next up for the Bairns is a trip to Ayrshire as we visit Kilmarnock in the SPFL Trust Trophy second round.

Kick-off is at 3pm at Rugby Park this Saturday.

Falkirk were last scheduled to play Saturday’s opponents in last year’s League Cup Group Stages, but a Covid 19 outbreak amongst the Kilmarnock squad saw the game cancelled and The Bairns awarded all three points.

Previously this fixture has not been an auspicious one for Falkirk. The Bairns last took on Scotland’s oldest professional club in the Premiership Playoff Final of the 2015/16 season. A late Will Vaulks winner saw Peter Houston’s side take a one goal lead out of the first leg at The Falkirk Stadium, but a second leg onslaught at Rugby Park saw Kilmarnock win 4-1 on aggregate and The Bairns remain in the Championship for the following season. Prior to this the last meeting between the sides was a goalless draw in the final game of the 2009/10 season that ended Falkirk’s last spell in the top-flight.

The Bairns sit third in the cinch League One table, one point behind league leaders Queen’s Park and level on points with Montrose, but behind on goal difference. The five league games so far this season have seen Falkirk win three, draw one and lose one, with Paul Sheerin’s side looking to kick back after that first loss of the league season against Queen’s Park last Saturday.

Kilmarnock also saw an unbeaten start come to a weekend last Saturday, losing to Inverness Caledonian Thistle in a 1-0 loss at home. The loss brought an end to their three wins from three to start the campaign.

Tickets are available for Saturday’s game only online through Kilmarnock FC. There will be no Pay at the Gate facility or option to purchase away tickets at the stadium. Tickets can be purchased here.

Supporter’s buses will be able to park at Holmquarry Road, Kilmarnock, a 5-minute walk from the stadium. Buses will not be permitted to do drop-offs or pick-ups at the stadium.