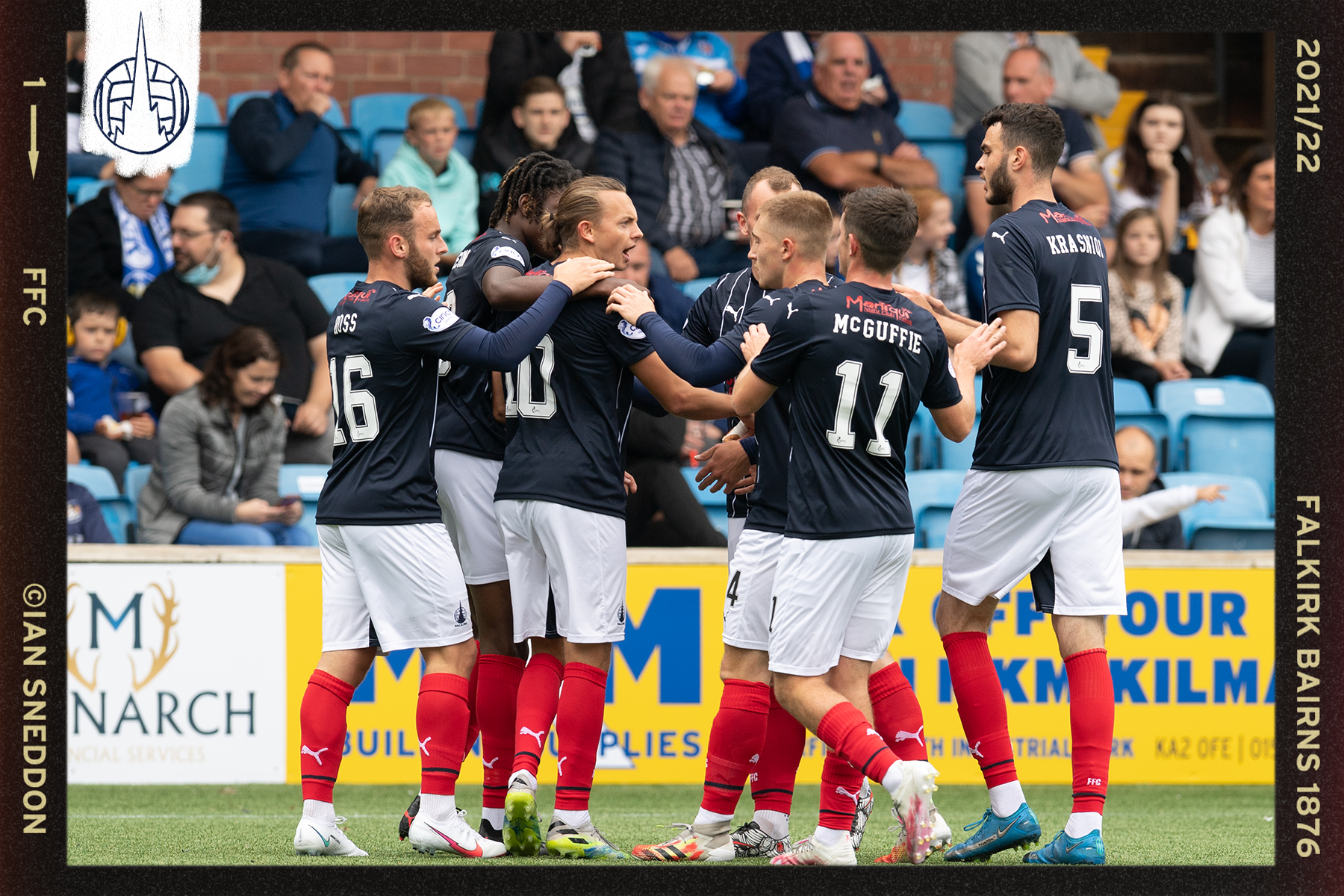 It wasn’t to be for The Bairns as they exited the SPFL Trust Trophy at the second-round stage against Kilmarnock.

Falkirk got off to the worst possible start as the hosts opened the scoring after less than five minutes. Fraser Murray cut inside before firing into the bottom corner to put his side in an early lead. Kilmarnock continued to dominate the opening stages of the game, but Falkirk got an equaliser against the run of play. Captain for the day Aidan Nesbitt picked up the ball in his own half before driving forward into Kilmarnock territory before curling a shot past the goalkeeper to level the scores up.

Falkirk grew into the game after going level, controlling the tempo despite Kilmarnock looking dangerous on the break. Just after The Bairns scored the equaliser Samuel Ompreon nearly put Falkirk ahead. A brilliant touch eliminated the Killie defender, but the forwards effort was just wide of target, and inches from the outstretched boot of Jaime Wilson. Kilmarnock took control of the game again with ten minutes left in the half. A brilliant save from Paddy Martin from close range kept things level going into the break.

Following half time, the young Falkirk side began to struggle against the strong Kilmarnock line-up. The Championship side regained their lead ten minutes after the interval when Blair Alston slipped a ball into Jason Naismith, who beat Martin with a good finish. The Bairns nearly got an instant reply when Jaime Wilson nutmegged his man before going in on goal and past the keeper, but the ball was run out of play. Kilmarnock nearly added a third when Brad Lyons missed a sitter from six yards out, but the goal that secured the win came soon after Fraser Murray latched onto a flick on and fired home.

The Bairns continued to push for a second goal until the end, but the hosts secured a 3-1 win to progress to the next round.