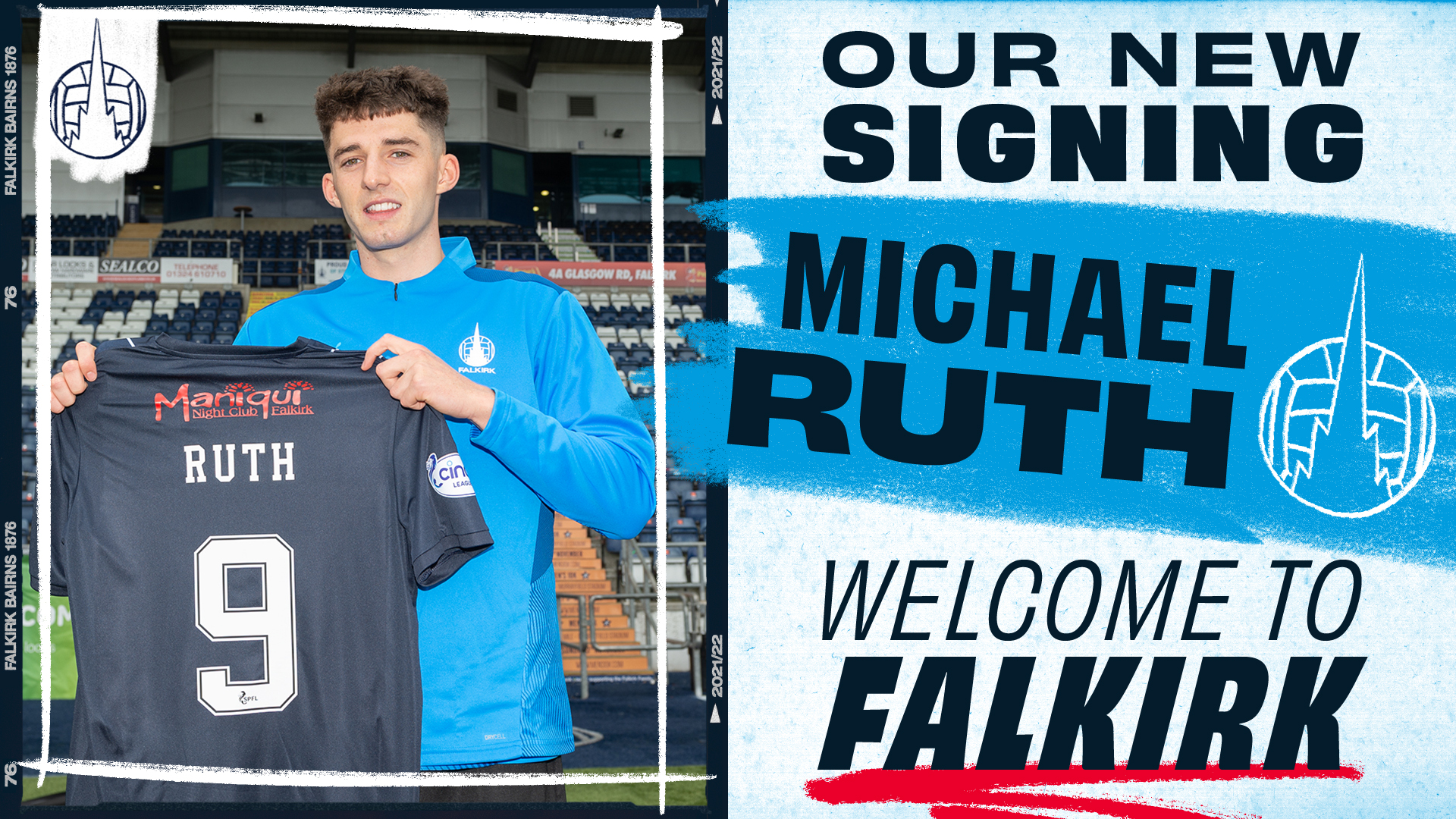 Falkirk Football Club is delighted to announce the signing of striker Michael Ruth on a season long loan deal from Aberdeen FC.

Michael joined Aberdeen from Queens Park at the age of seventeen, after making his debut for the Hampden Park side at only sixteen. The 19-year-old played under Paul Sheerin at The Dons and won Development Player of the Year for Aberdeen in the 2019/20 season following seventeen goals across all competitions, assisting the development side to a Reserve Cup Final and also scoring twice against Rangers to help the U18 side reach the SFA Youth Cup final.

A versatile forward, last season saw the Bairns latest acquisition sign on loan for Arbroath before returning to Pittodrie and making his debut for the Aberdeen first team in March. He has scored twice in his two SPFL Trust Trophy appearances this season, netting against both Arbroath and Brora Rangers respectively.

The Bairns beat approaches from several other clubs to secure the loan deal for Michael, who joined up this morning with his new teammates for a first day of training and will wear squad number nine for the season.

Michael is a player I know very well from my time at Aberdeen and is someone we have had our eye on for a number of weeks now. The type of player that he is will really suit the style of play Danny and myself are trying to implement at Falkirk and bolsters our attacking options in the squad. He also has great versatility being able to play through the middle and out wide.

He has great potential and comes to us for the opportunity to play regular first team football. We are really pleased to be able to add him to the group for this season.”