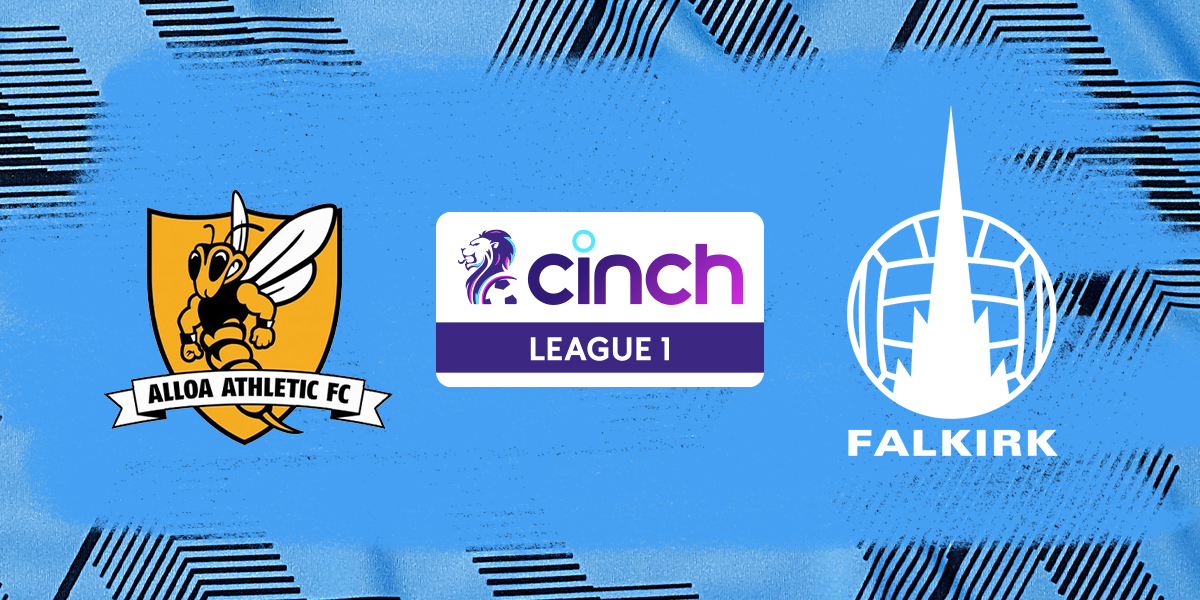 Next up for the Bairns is a trip to the Indodrill Stadium as we return to cinch League One action against Alloa Athletic.

Kick off is at 3pm on Saturday 11th September.

Unlike last week’s opponents, most will remember our last meeting with Alloa Athletic. The last time the two sides faced off against each other was back in 2019 when both clubs were still in the Championship. Since we first met in 1883, Falkirk have played Alloa a total of 135 times competitively, winning on 77 occasions and losing on just 26, boasting a 68.89% win record.

In more recent times, we’ve faced off against The Wasps regularly since 2013, playing them at least twice a year, excluding 2017. In our last 10 meetings, going back to 2015, The Bairns have enjoyed a fair amount of success, winning seven and losing just once, with one of the victories being a five-nil thrashing at the Falkirk Stadium.

Alloa haven’t had the best of starts in cinch League One following their relegation from the Championship. Our host’s League One campaign kicked off with a  loss away to Peterhead on the opening weekend, however they appeared to bounce back the following week as they put three past East Fife, with former Bairn Conor Sammon getting off the mark for his new club. Their last two fixtures saw Barry Ferguson’s men narrowly lose to Clyde thanks to a last minute David Goodwillie goal, and a draw with current table toppers Queen’s Park. They return to league football after knocking Cowdenbeath out of the SPFL Trust Trophy on Saturday. Alloa currently sit seventh in the league table.

Paul Sheerin’s Bairns suffered their first league defeat of the season last Saturday following a tight affair with visitors Queen’s Park. The League One newcomers left Falkirk with all three points following a one-nil win thanks to Simon Murray’s free-kick after half an hour. A missed penalty from Callumn Morrison and two offside goals summed up a frustrating afternoon for Falkirk.

The Bairns now just have the league to focus on following their second round SPFL Trust Trophy exit at the hands of Championship side Kilmarnock on Saturday. It was a tough game for the visitors who faced a full-strength Kilmarnock and despite Aidan Nesbitt grabbing an equaliser just two minutes after conceding, the home team proved too strong with Fraser Murray scoring either side of Jason Naismith’s strike near the hour mark to seal the win and progress to the third round.

Falkirk now sit third in cinch League One, behind second placed Montrose only on goal difference.

Tickets for this fixture are only available on a PAY AT THE GATE, CASH ONLY basis.

Alloa will be streaming the game live on PPV through Wasp TV, you can purchase PPV here.

Falkirk TV will also be streaming this game live for our overseas subscribers.