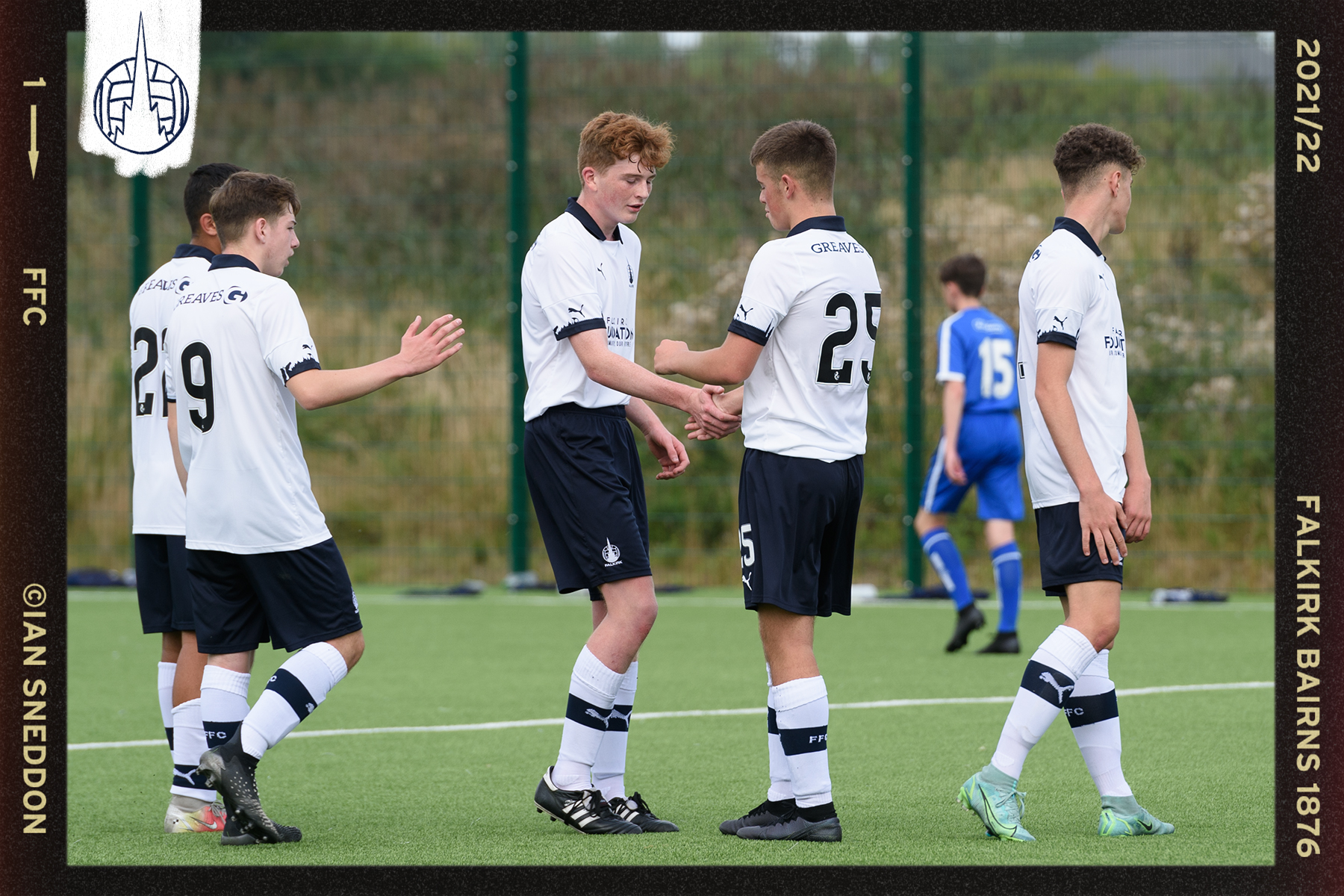 Falkirk FC’s under-16s and under-18s both ran out winners against Elgin City in what was a very successful weekend for the development squads.

The under-16 squad carried on their impressive form as they extended their winning streak in the CAS Youth League with a 15-1 win over Elgin City.

Top scorer Nathan McLelland netted eight of the 15 goals taking the newcomer’s tally to 15 goals in three games. Meanwhile, Jazib Khaliq and Aaron Ramage both scored a brace before Blair Nelson, Cameron Stone and Kane McFarlane rounded off the scoring in what was the squad’s most dominant win in the league so far.

The under-18s bounced back from last week’s defeat with a three-nil win. The squad featured four under-16s, with the rest mainly under-17.

Luke Rankin, Scott Honeyman and Reece Forbes all got on the scoresheet to earn the under-18’s first win in the league.

Both squads now look ahead to Stirling Albion.