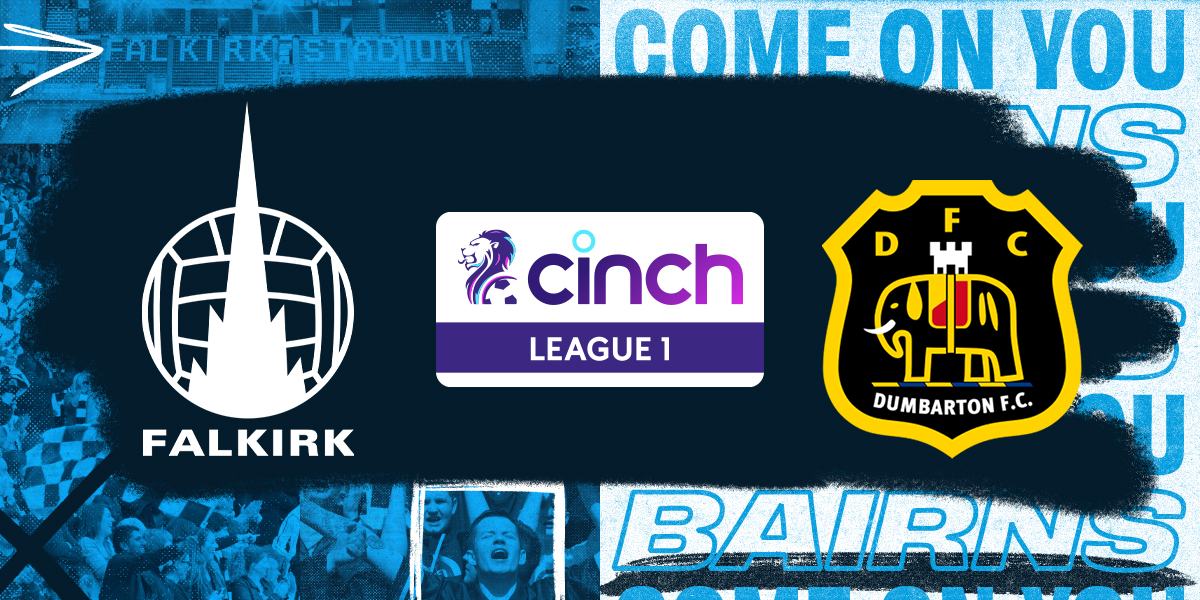 Next up for The Bairns is Dumbarton at the Falkirk Stadium.

Kick off is at 3pm, Saturday 18th September.

Falkirk v Dumbarton has been a regular fixture over the years with the two sides meeting every year since 2010.

Since the teams’ first meeting in 1880, they have played each other 149 times, with Falkirk winning 71 times and losing just 42.

In more recent times, The Sons have struggled against Falkirk, failing to beat The Bairns in 13 games since 2016. The two sides faced off three times last year with Falkirk scoring 10 and conceding none. The last meeting saw a one all draw towards the end of last season.

It’s fair to say Dumbarton have had a rollercoaster start to the league campaign. After narrowly avoiding relegation lat season, and following the appointment of new manager Stevie Farrell, Dumbarton got off to a flyer this season with a 3-0 win away at Clyde. This was followed by a good point against Airdrieonians that was rescued by two late goals.

The Sons’ form then took a dip, conceding six goals in their next two games as they lost to high flying Queen’s Park and Cove Rangers. The ride continued with an unexpected win away at Montrose and a five-nil hammering of East Fife on Saturday that saw former Bairns captain Gregor Buchanan score a brace, moving Dumbarton up the table to third, level on points with Falkirk.

The Bairns had a Saturday to forget as they left Alloa with no points following a two-nil defeat, in which former Bairns Mark Durnan and Conor Sammon combined to seal the win for the Wasps. Falkirk go into Saturday’s game looking to bounce back from three defeats in a row following a disappointing result against Queen’s Park and being knocked out of the SPFL Trust Trophy by Kilmarnock.

Falkirk are currently level on points with Dumbarton, but sit fourth in the league table, behind only on goal difference. A win would take Falkirk to 13 points, setting up a must win encounter with second placed Montrose Next Saturday.

Tickets for this game are priced as follows:

This game will be available to watch on Falkirk TV Pay-Per-View.

PPV passes will be priced at £13 and will be available to purchase over the coming days.