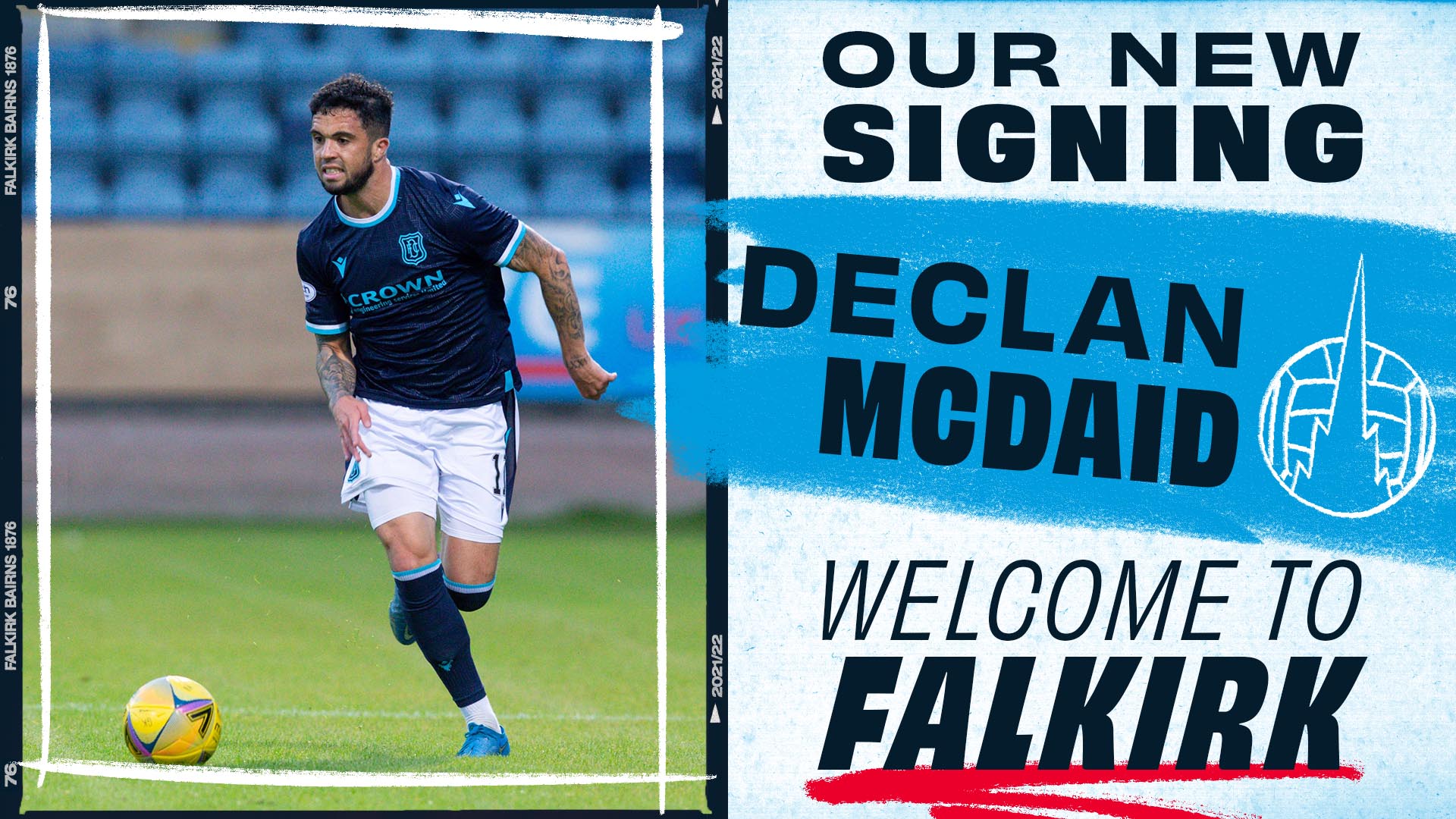 Falkirk Football Club is delighted to announce the signing of Declan McDaid on loan from Dundee Football Club.

The winger joins The Bairns from the Dens Park side on an initial deal until January 2022.

Declan began his career with Greenock Morton before moving to Partick Thistle, with whom he made nearly 30 top tier appearances. After moving to Ayr United in the January of 2017 he helped the Honest Men to the 2017/18 League One title, getting 11 assists in the process, and was a part of the side that secured a top four finish in the Scottish Championship the following season.

The wide man, who is comfortable playing on either wing, joined Dundee in 2019 on a three-year deal. Despite losing out on a loan move to Partick Thistle last January due to the last year’s suspension of League One the 25-year-old fought his way back into the Dundee first team and played a crucial role in their subsequent promotion to the Scottish Premiership.

Declan is available for selection ahead of this afternoon’s cinch League One fixture against Dumbarton.

“Declan is an exciting player with loads of pace who is never afraid take on his man and will always look to get forward. His signing boosts our attacking strength and gives us another option in an extremely important area of the pitch, and I look forward to working with him in the coming months.”