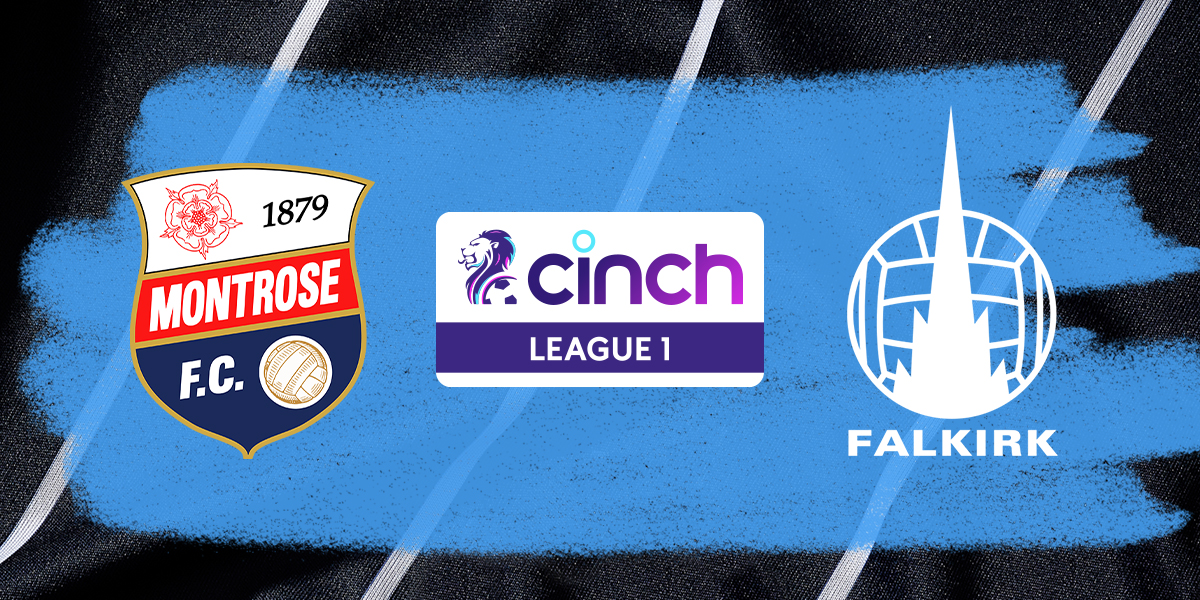 Next up for the Bairns is a trip to Links Park where we face Montrose in cinch League One.

Kick off is at 3pm, Saturday 25th September.

Since first meeting in a friendly in 1904, Falkirk and Montrose have only gone toe-to-toe against each other 38 times. In more recent times, and previous to both being in League One, the two sides haven’t faced each other too regularly, with the four matches prior to a League Cup meeting in 2018 being spread out across 12 years.

It is a fixture that has never been a dull affair, more often than not producing a lot of goals. Out of the 38 meetings, Falkirk have been victorious in 25 and have lost just 6, scoring 85 goals in the process.

Since the start of the 2019 season, a league campaign that saw the two sides in the same league for the first time since they were both in the Scottish First Division in 1986, Montrose have only managed one win over the Bairns in six attempts and it came towards the tail end of last season during the last meeting between the two.

The Gable Endies have had a mixed start to the league campaign with three wins, two draws and two losses. Stewart Petrie’s team looked to have made a great start with a three-nil win away to Airdrieonians on the opening weekend. A draw against Clyde and wins against Peterhead and East Fife saw them top the table early on before a dip in form saw Montrose go three games without a win, suffering defeats at the hands of Dumbarton and Alloa.

Montrose currently sit fourth in the cinch League One table level on points with Cove Rangers and Airdrieonians, and just one point ahead of Falkirk.

The Bairns have struggled as of late, suffering four defeats in a row in all competitions. After a frustrating loss to current league leaders Queen’s Park, Falkirk came back from their SPFL Trust Trophy exit to Kilmarnock looking to bounce back. This wasn’t to be, with Alloa and Dumbarton taking the spoils from the following two matches.

The latest run of results saw Falkirk fall to seventh in the league on ten points, level with Alloa in sixth. This season is proving to be a tight one with the Bairns six points off the bottom spot, but only three off top.

Tickets for this match are on sale now and can be purchased here.

Montrose will also be streaming this game on Pay-Per-View, priced at £12.50, and can be purchased here.