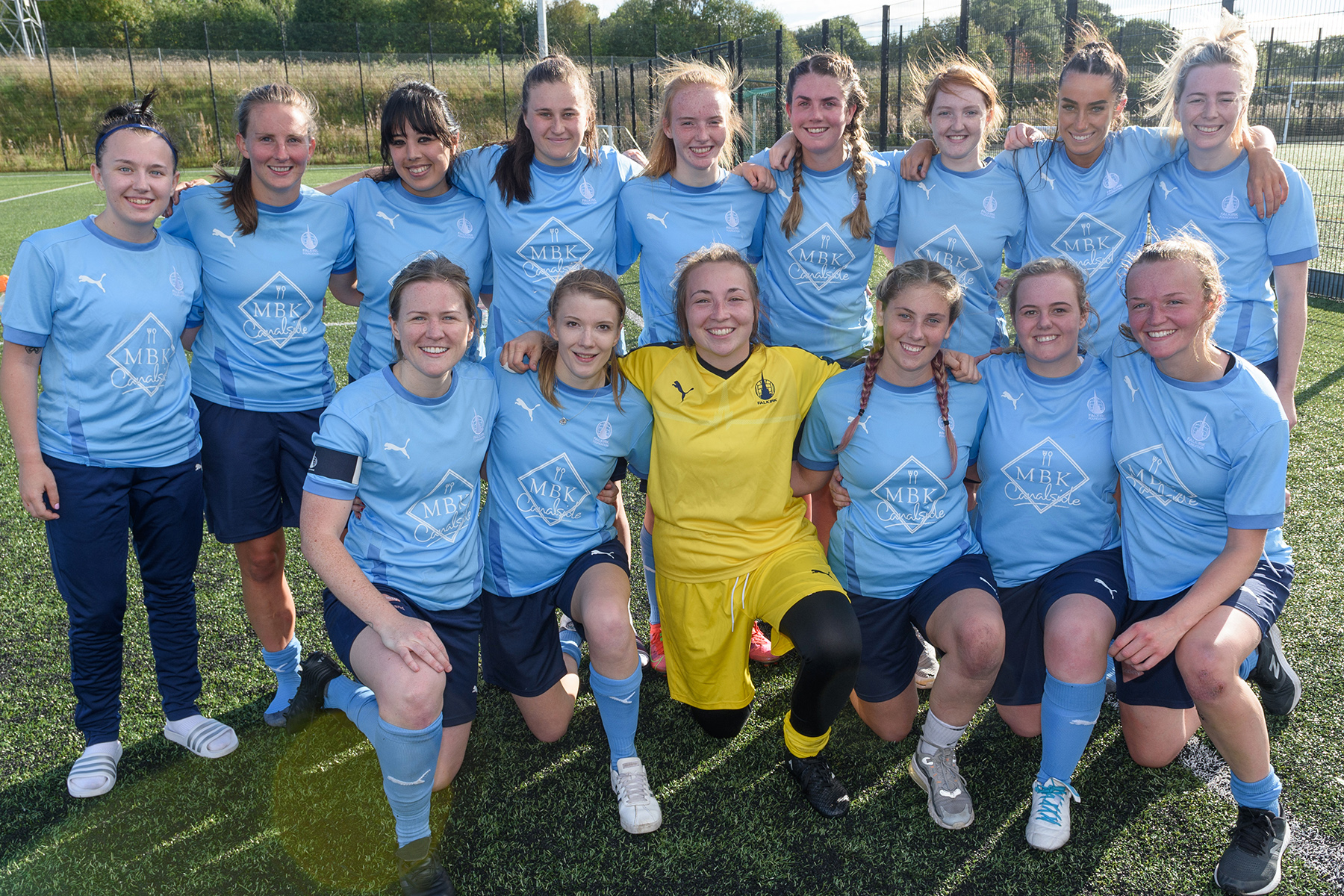 Falkirk travelled to the Highlands on Sunday to play their second match in the SWF Championship Cup tie after beating United Glasgow in the last round.

Falkirk got off to the worst possible start with early pressure from ICT allowing them to drive into the Falkirk box where a poor challenge gave the home side a penalty. Despite saving two penalties in recent weeks, Rachel Docherty was unable to stop this one and the Falkirk girls were behind after only four minutes.

The Bairns responded brilliantly to going behind. A good ball released Eva Rule down the right and her cross wrongfooted the ICT defender, who headed against her own post. Kirsty Gilbert followed up and she bundled the ball over the line from close range to level the scores after only nine minutes.

Ten minutes later Falkirk took the lead. Zoe Taylor, who had been instrumental in the move leading to the first goal, played the ball in behind to Eva Rule. She used her pace to run clear of the defence and shoot home from a tight angle to put the Bairns in front.

Falkirk went further ahead on 27 mins. Kirsty Gilbert burst through from midfield and, despite having two defenders closing in on her, was able to get her shot away from just outside the box. It beat the keeper to establish what looked like a commanding lead.

Unfortunately, the two-goal cushion lasted only two minutes. ICT crossed from the left and their striker was left unmarked in the box to blast home a shot which gave the goalkeeper no chance. Inverness piled on the pressure for the remainder of the half but the Falkirk defence held firm, assisted by goalkeeper Rachel Docherty who was in top form yet again.

On 53 minutes Falkirk won a freekick out on the left touchline. Everyone expected a cross into the box but Lauren Simmons had other ideas. She expertly lofted the ball just beyond the outstretched hand of the ICT goalie for an absolute peach to restore the two-goal lead.

Falkirk were defending desperately and hampered by several players having to go off injured in the dying minutes. The pressure told in the 89th minute when ICT managed to pull a goal back. It wasn’t enough as our girls held on and left Inverness Royal Academy with a win and a place in the quarter finals, where they will play Dryburgh Athletic at home on the 10th of October.