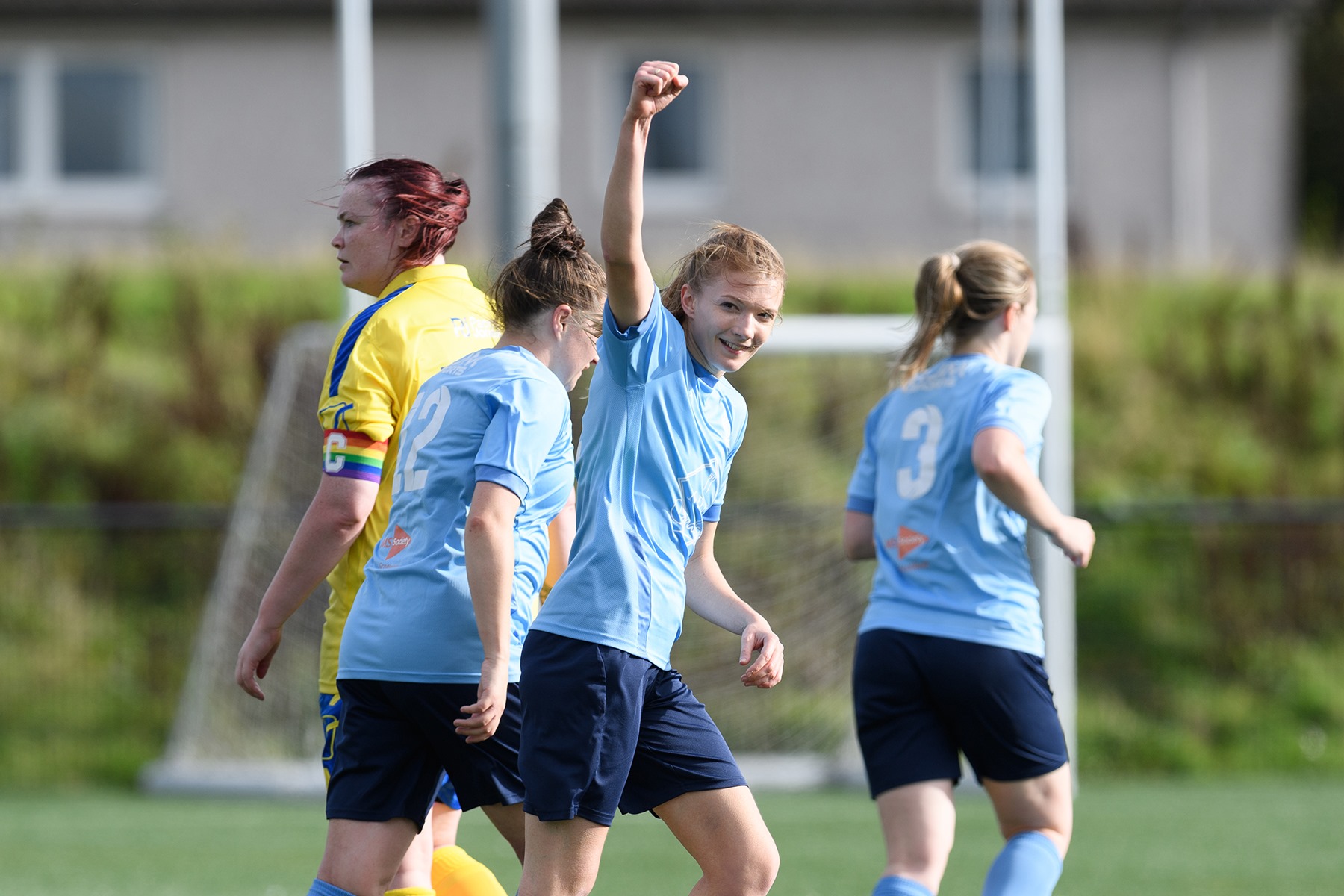 Falkirk travelled to Clydebank on Saturday looking to secure a second consecutive away victory.

They started brightly and created their first real chance on 18 minutes when Kirsty Gilbert fired just wide from a good position in the box. Then Rhianne Ferguson released Eva Rule who advanced on the unprotected keeper and was unlucky to see her shot cannon off the post and out to safety. Her next effort saw the goalkeeper make a pointblank save from a tight angle.

Falkirk were controlling the game and finally got the reward their good buildup play deserved in 33 minutes. The BSC keeper failed to gather the ball cleanly and Zoe Taylor reacted first to fire it into an empty net.

The girls doubled their advantage seven minutes later when Claire Taylor, who was having an excellent game in central midfield, slipped the ball through the defence to Kirsty Gilbert. Having beaten the offside trap, the striker had time and space to pick her spot and coolly dispatched the ball beyond the despairing BSC keeper. Falkirk were in cruise control at this point with our own goalkeeper, Rachel Docherty, having had nothing more than the occasional pass-back to deal with.

Falkirk were however dealt a blow during the halftime interval when striker Eva Rule was unable to shake off an injury and had to be replaced. The spine of the team was further weakened shortly after the restart when centre-back Jillian Leiper also had to go off injured, as by that point she and partner Aimee Lenathan had dealt with everything the BSC forwards had attempted to throw at them.

This perhaps contributed to BSC pulling a goal back from the penalty spot in the 75th minute. Despite conceding, Falkirk continued to press for a third goal and Taylor Johnson, Rhianne Ferguson, Emma Meaney and Zoe Taylor all tested the BSC keeper with shots. Craig Muir, the Falkirk coach, was heard imploring his team to start converting some of these chances.

Falkirk’s injury luck went from bad to worse as goalkeeper Rachel Docherty became the third player to be forced off. However, the reshuffled defence was marshalled so well by captain Chelsea Raymond that substitute keeper Sarah-Louise Waugh was never called into action on her debut.

On 86 minutes Falkirk finally got the killer third goal that their play deserved. Zoe Taylor again showed a poachers instinct to pick up a loose ball in the box, quickly bring it under control and get a shot away before the defence could close her down. It was hit low and hard giving the goalkeeper no chance.

It could have been four in the dying minutes as striker Kirsty McLeod created space for herself and fired an effort which again bounced off the post and away to safety.