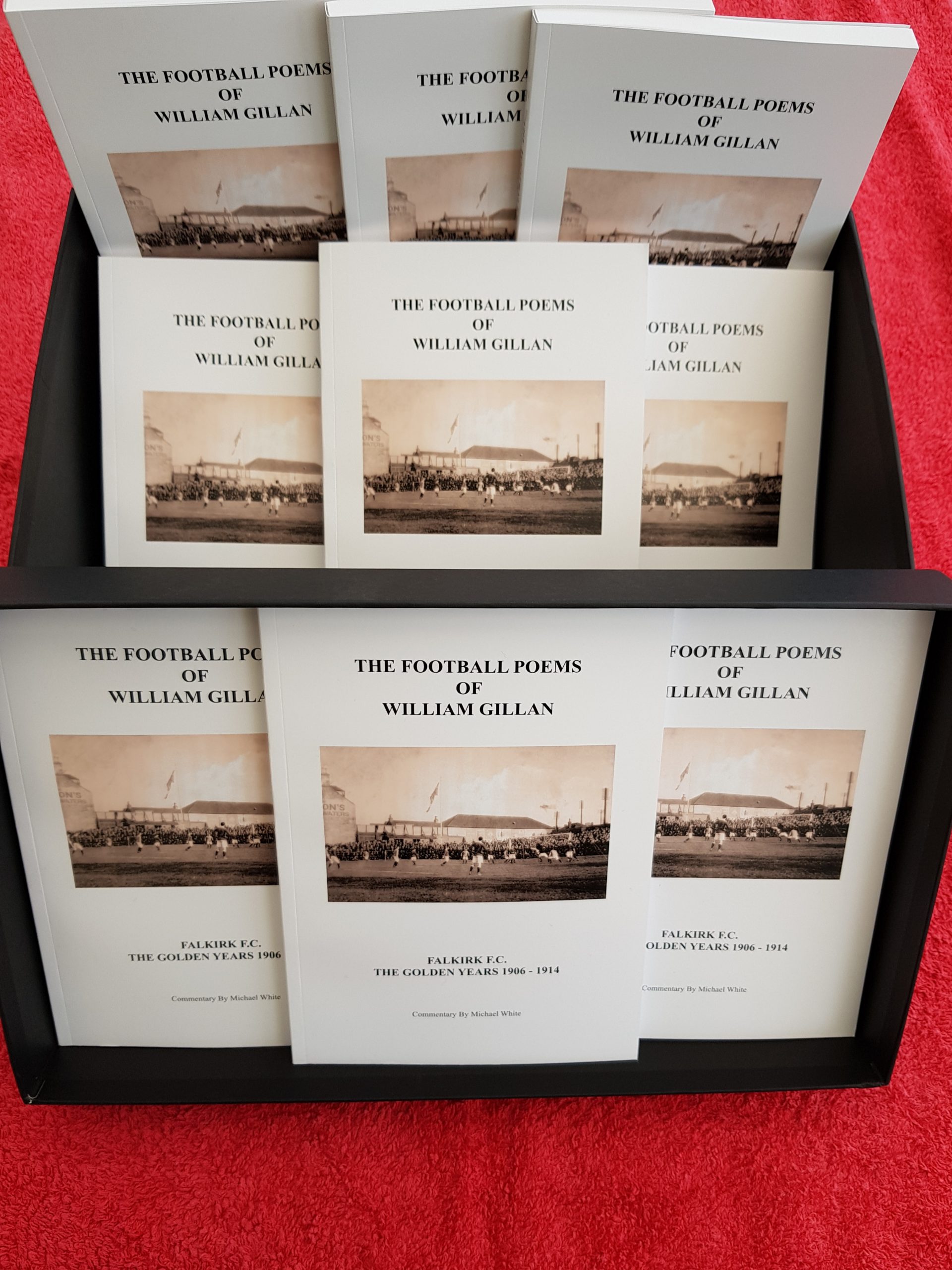 Thursday October 7th is World Poetry Day and how appropriate is it that a new book of poems about Falkirk Football Club was launched? The book is on sale now priced £12 and is an amazing first-hand account of the most amazing period in the club’s history.

You can hear what it was like to be a Bairns fan in the early years of the 20th century. Entitled “The Golden Years 1906-1914” it features the incredible football poems written by Laurieston man William Gillan during this period when Daddy Nicol’s side were one of the strongest teams in Scotland. The poems are written in the local Falkirk dialect and give a fascinating insight into the story of the club at that time.

William Gillan was employed at the Nobel works in Polmont and was seriously injured in an explosion, losing an arm and the sight in an eye. He took to writing poetry about his favourite team and he imagined some developments in the game that were years ahead of their time – including a rudimentary version of VAR. Most of the poems were written in the years leading up to the First Word War, but two have emerged that were written later.

The poems are accompanied by a commentary written by club historian Michael White which places the poems in the context of the time and describes some of the games and players featured in the poems. The poems were largely undiscovered until William’s granddaughter traced them and started to unearth more and more of his work.

Pre-ordered copies have been sent out and there is sure to be a huge demand, not only from Falkirk supporters, but also for lovers of poems in the Scots Language!

All profits from the sales of the book will go to the Falkirk Football Heritage Trust, a registered charity designed to catalogue, preserve, maintain, and develop the rich history of Football in Falkirk.