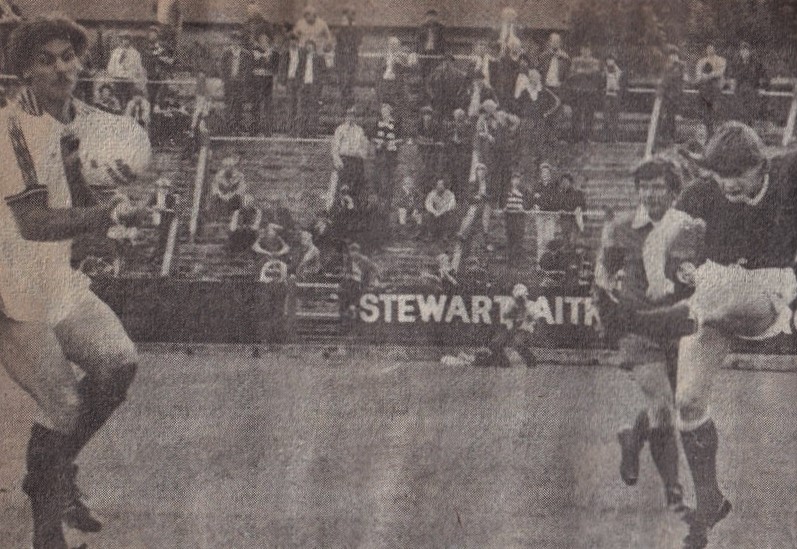 Everyone at Falkirk Football Club was saddened to hear of the passing of former player John Gillen.

John joined the club from Bargeddie Boys Club in 1979 and made his Falkirk debut in a Stirlingshire Cup match that season. He was seen as a great prospect, able to play at either left wing or left back. He showed good form in the reserve side and was equally comfortable in defence or attack on the left side of the line-up. His breakthrough season was in 1981/82 when he played 18 games and made 2 substitute appearances, Falkirk were managed by John Hagart at that time, and John Gillen turned in some great performances. The club finished that season in a very disappointing ninth place and changes were inevitable.

John moved on to Stenhousemuir where he played from 1982 to 1989. He featured in a more traditional -left back role and gave good service to the Ochilview club, playing 194 games and scoring on 11 occasions.

After leaving Stenhousemuir, he returned to the junior ranks and played with Port Glasgow Juniors until he retired. He worked as a contracts manager for an electrical firm and combined playing with work.

John passed away aged 60 on the 7th October, not long after his birthday.