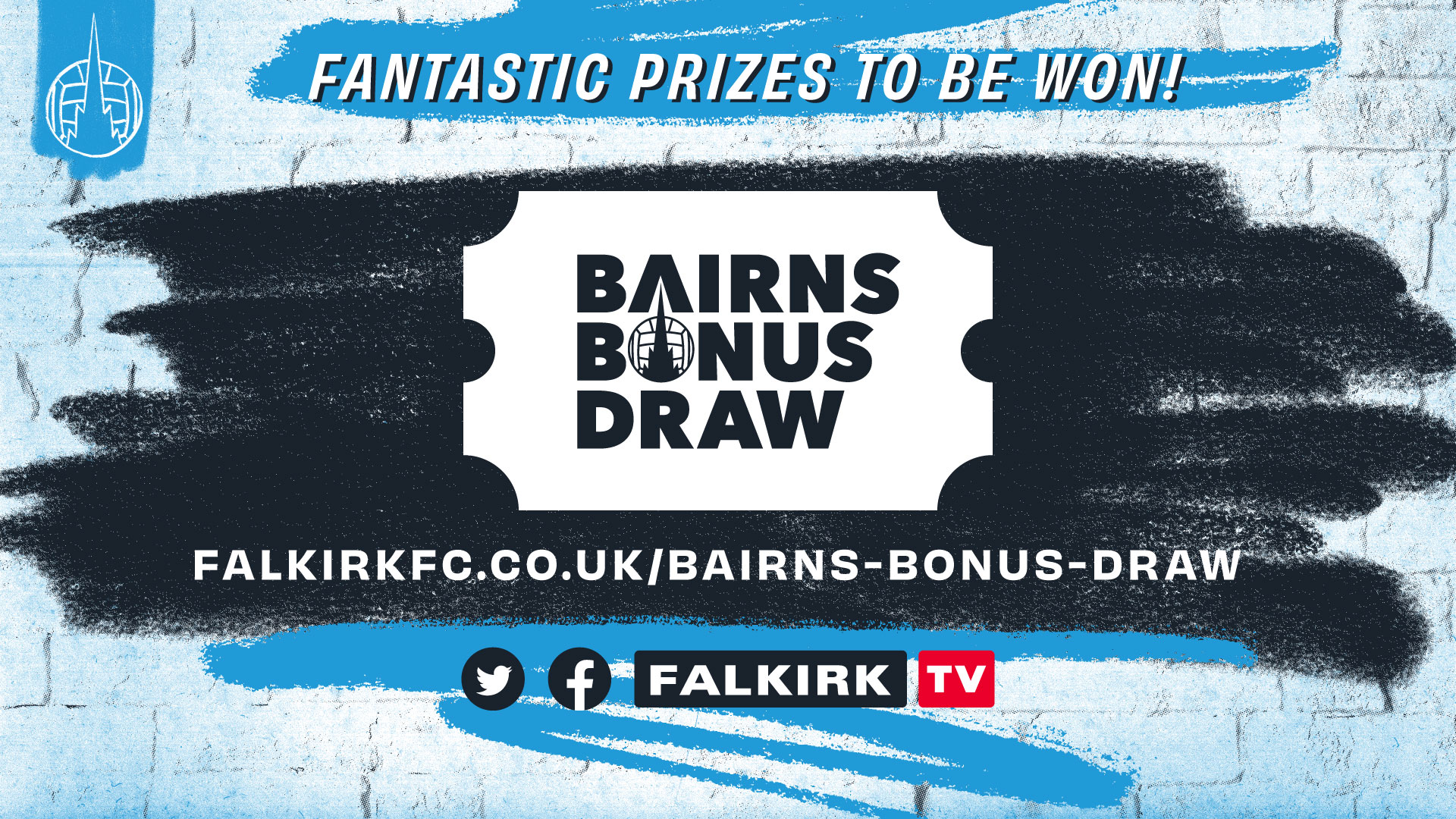 Following feedback from supporters we announced changes to our match day prize draw three weeks ago.

The club received overwhelming support from Bairns fans far and wide over the last 77 weeks for our weekly Virtual 50/50 draw, which has paid out over £125,000 to the Falkirk fans and brought in nearly the same to the club over the same spell.

After response from fans, we decided the home draw had to come to an end, however supporters gave us feedback to suggest they were looking for an avenue to support the club on away days.

To facilitate this, we decided to relaunch our away day draw as our Bairns Bonus Draw!

Every time Falkirk take to the pitch away from home, we will be giving out two great prizes, alongside our cash jackpot! These prizes will vary from unique experiences to club memorabilia and will be announced on the days following every Falkirk away fixture.

In addition to our main Draw prizes, every entry into the Bairns Bonus Draw will also count as an entry into our end of season prize draw for a hospitality table of six at our final home match of the season against Alloa Athletic on the 23rd of April.

Our Bairns Bonus Draw will run alongside our in-stadium 50/50, which will still see a winner announced at half time of every home game.

Our second week of the Bairns Bonus Draw will see these fantastic prizes:

You can purchase your tickets for our first Bairns Bonus Draw here!