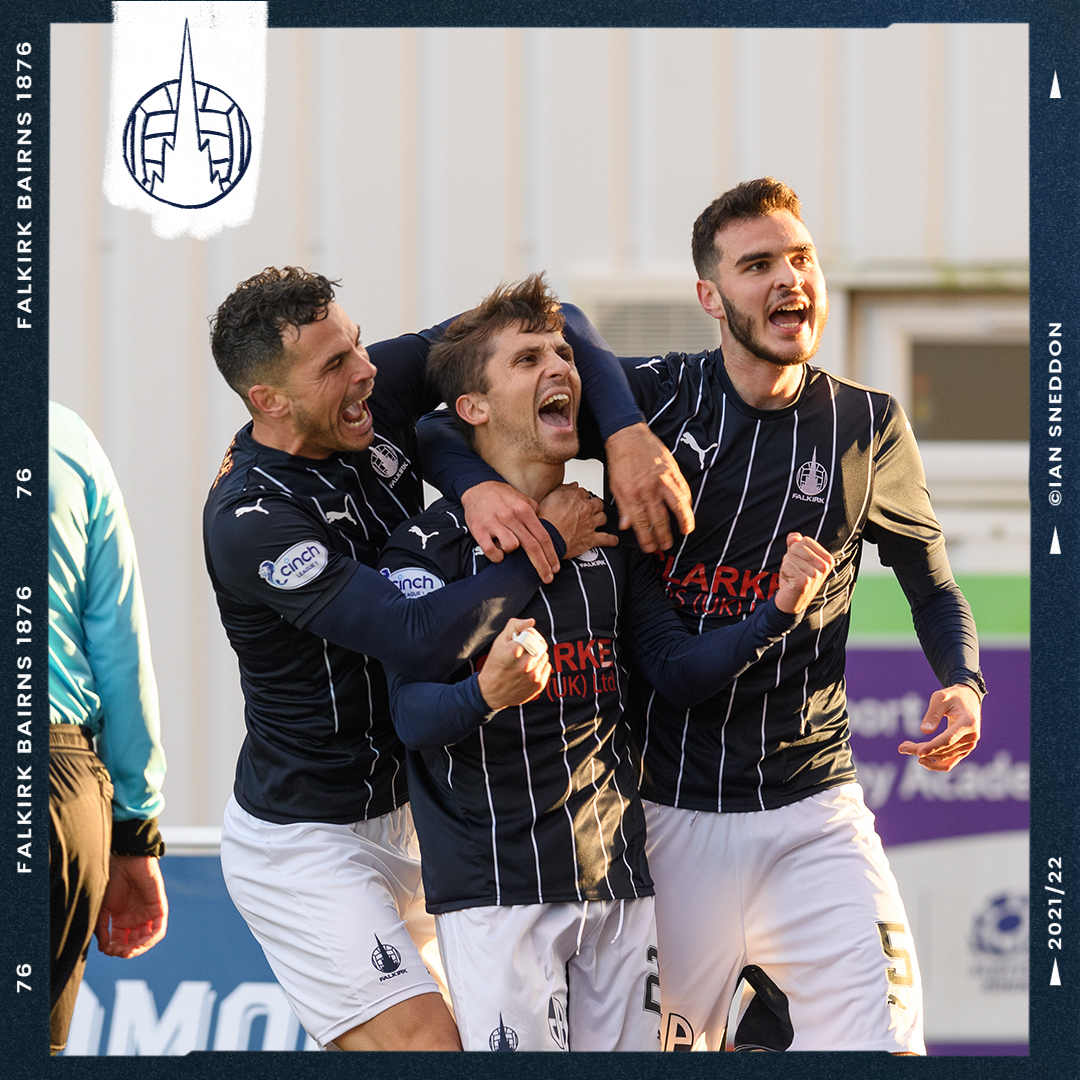 It was a much-needed win for The Bairns as they took three points at Broadwood.

Last week at Peterhead Falkirk struggled to convert their many chances, and the match began in much the same fashion. Craig McGuffie’s audacious effort dipped just over the bar after taking the goalkeeper by surprise and Declan McDaid tested Neil Parry with a shot from just outside the box following a good counter. Clyde’s only real chance of the half came with 20 minutes gone when David Goodwillie cut inside and struck from a tight angle, but Paddy Martin was equal to it in the Falkirk goal.

With half an hour gone Falkirk really began to turn the screw on the hosts. Paul Sheerin’s side held the ball in and around the opposition box for a number of minutes, forcing some frantic defending to clear a number of good crosses, before Leon McCann fired a clearance wide of the post. Michael Ruth came close three minutes later, doing well to read Craig McGuffie’s cross and nip in at the near post, but his effort came off the meeting of the crossbar and post. Aidan Nesbitt connected poorly with a free header before Ruth should have scored with a few minutes left in the half, somehow finishing wide when a goal looked certain, as it appeared to be same old story for The Bairns.

Right on the stroke of halftime Falkirk were finally rewarded for their efforts. A corner was hastily defended a number of times before it came to Paul Dixon 25 yards out. The defender’s shot from range deflected to the feet of Michael Ruth and the Aberdeen loanee made no mistake this time as he fired Falkirk into a well-deserved lead.

After the interval Clyde came out all guns blazing. Several nervous moments for the Falkirk defence came from the host’s good opening ten minutes of the second half, but The Bairns still had the best chance when Charlie Telfer exchanged passes with several of his teammates before blasting just wide of the post. Falkirk got back in control of proceedings with 55 minutes gone and got the vital second ten minutes later. Craig McGuffie picked the ball up on the left wing and cut inside, dribbling into the box before curling a brilliant effort into the top corner.

The Bairns seemed set to see the game out comfortably, but the referee’s whistle five minutes later changed all that. Despite no claims from either side a seemingly innocuous ball out of play resulted in a penalty and red card for Falkirk captain Steven Hetherington. David Goodwillie made no mistake with the spot kick, resulting in a nervy final 20 minutes for the over 600 visiting Falkirk fans.

Clyde nearly got an equaliser soon after scoring, with Rob Jones’ effort from outside of the box clipping the top of the bar on its way over, then Aidan Keena kept the ball away from the goalkeeper before curling an effort just wide of the post from near the touchline. As the game grew to a close Clyde piled on the pressure, with several crosses resulting in some good chances for the hosts, and they looked set to have another when the goalkeeper came up for a final corner, however, Falkirk managed to intercept the set piece and drove forward through Charlie Telfer. The midfielder tirelessly ran the length of the park despite having played all ninety minutes and rolled the ball into the empty net to restore the two-goal cushion and seal all three points.