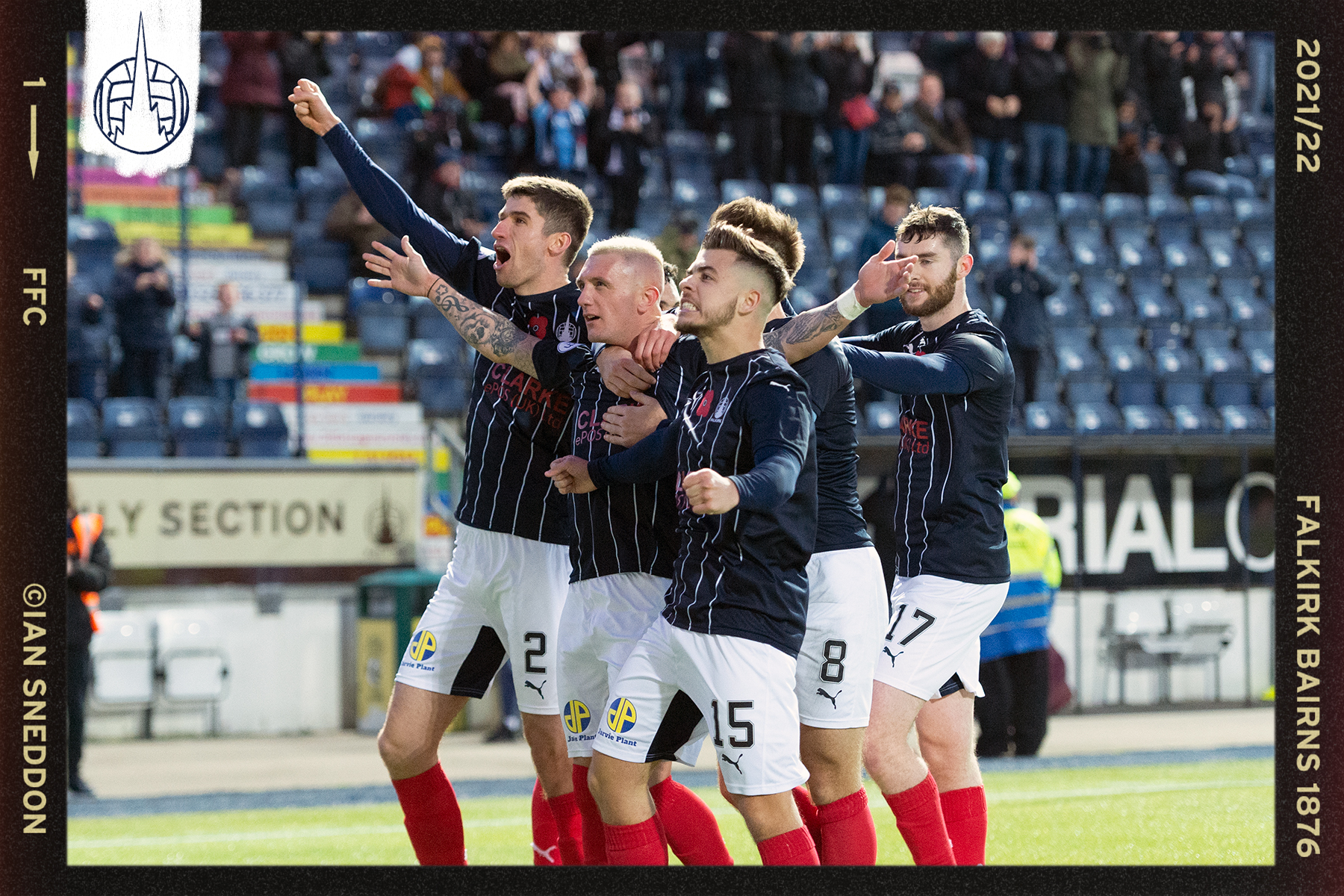 Calumn Morrison looked to have won Falkirk all 3 points in the closing minutes of the match as he converted from the penalty spot, however Alloa responded quickly meaning both teams had to settle for a share of the spoils.

Falkirk started the game with intent, a well-read interception from Aidan Nesbitt led to a spell of possession for the home side in the game’s opening minutes with the move ending with Charlie Telfer dragging a shot just wide of the opposition keeper’s right-hand post.

As Falkirk battled to gain the upper hand in the middle of the park a ball over the top from Ben Hall caused real issues for the opposition defence. Declan McDaid latched onto the pass but was unable to dispatch a shot goalward as an Alloa defender recovered well to make an interception.

Paul Sheerin’s men continued to press the action in an attempt to find an opening, a cross ball from Leon McCann directed towards the back post found Michael Ruth whose headed effort was just off target.

It was then a chance for Alloa, as a counterattack found Euan Henderson with plenty of room on Falkirk’s left side, the Alloa striker pressured the home side with a run into the box, but Paddy Martin in the Falkirk goals did well to match the resulting driven effort.

Moments later a shot from Steven Boyd again forced Paddy Martin into action, with the keeper reacting quickly with a diving save to push the ball away. Falkirk reacted well with a good period of possession, before a Craig McGuffie effort from the edge of the box flew just over the bar.

The second half started competitively with both teams looking to create an opening which would lead to the first goal of the match. An interception from McDaid gifted Falkirk a counterattack opportunity, the Bairns midfielder found McGuffie whose cross caused a scramble in the Alloa box, unfortunately the ball was unable to be turned towards the target.

On the 60th minute Sheerin looked to his bench in an attempt to aid Falkirk’s in their quest for the opening goal, with Callumn Morrison making his long-awaited return from injury in place of McGuffie.

Sustained pressure from The Bairns led to a series of corners, with the ball finding its way to Steven Hetherington who’s deflected effort forced a save from David Hutton in the Alloa goal. From there Alloa then found themselves on the attack, forcing Paddy Martin to save a shot from a tight angle.

Ryan Williamson found himself in a great position on the left-hand flank, his cross into the box was handled by Mark Duran resulting in a penalty to Falkirk. The substitute Callumn Morrison stepped up take the spot kick, calmly placing the ball into the left-hand side of the goal, sending the keeper the wrong way in the process.

Alloa, however, responded quickly. Shortly after the restart a defensive lapse from Falkirk found Henderson forcing the ball into the net after an initial save from Martin.

Falkirk looked to salvage the victory with Williamson and Morrison both attempting shots from distance, but it wasn’t to be as the referee blew for full time.