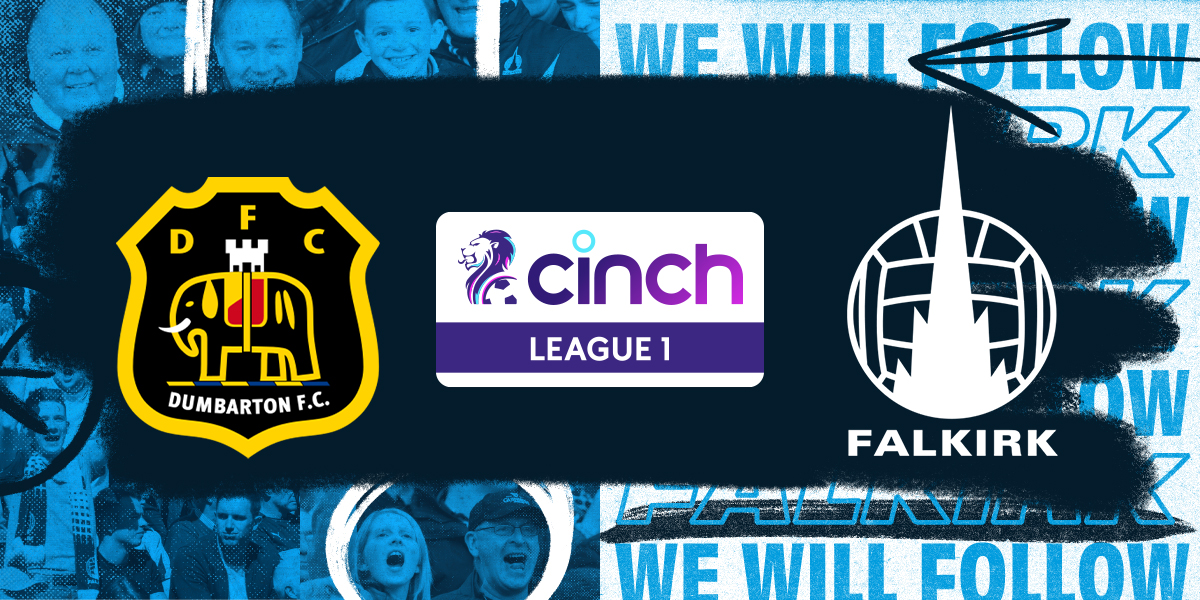 Next up for the Bairns is a trip to the C&G Systems Stadium where we take on Dumbarton in cinch League One.

Prior to 18th September 2021, our hosts this Saturday had not registered a win against Falkirk in 12 attempts, stretching back five years to 2016, with The Bairns scoring 27 times.

The Sons finally put an end to that run this season when they visited the Falkirk Stadium. Goals from Kalvin Orsi and Callum Wilson after the hour mark gave Falkirk a mountain to climb. Charlie Telfer managed to get a goal back in the eighth minute of injury time but it wasn’t enough and Dumbarton finally went back to the rock with all three points.

Dumbarton are currently going through a bad run of form, failing to secure a win in their last six games. Their most recent results saw them lose away to bottom of the table East Fife and being held to a draw the following week by second bottom team Clyde.

The Bairns were held to another frustrating draw at the weekend by visitors Alloa Athletic. Callumn Morrison, who made his long awaited return from injury on the hour mark, struck home a penalty with two minutes left on the clock. Falkirk thought the game was all but won, a feeling that lasted around 30 seconds as Euan Henderson grabbed a late equaliser for the visitors straight from kick-off.

Paul Sheerin’s side have now lost just one game in six but remain unchanged in the table, still sitting at fifth with 19 points.

Cash turnstiles will be in operation for this match. Ticket prices as follows:

Proof of concession must be shown.

This match will be streamed live on Falkirk TV for overseas subscribers.