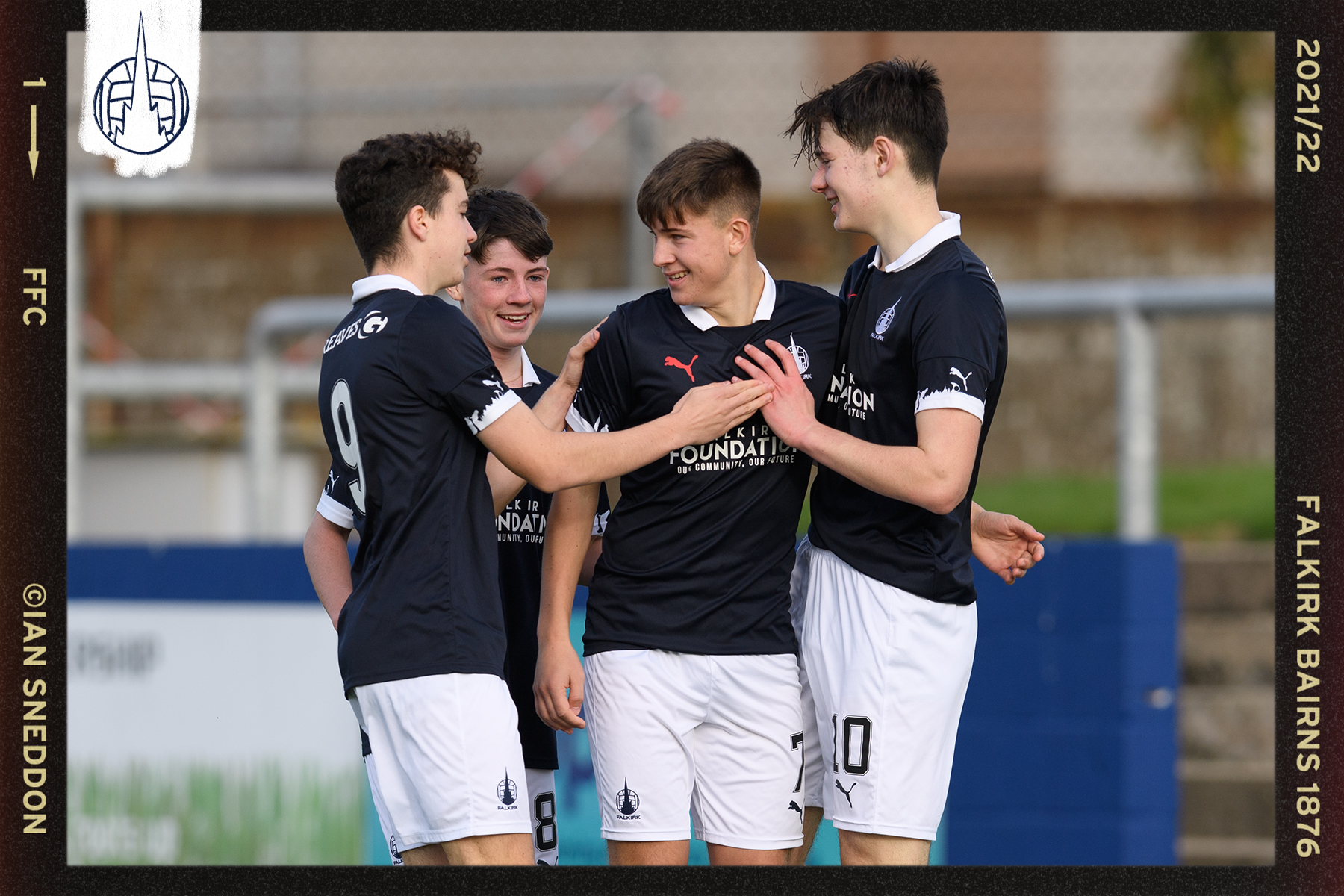 The Under-18 Development Squad continued their impressive run with a four-two victory against Montrose at Links Park on Sunday.

Goals from Scott Honeyman and Louie Johnson capped a good display from a team featuring four second years and seven first years, with three under-16s on the bench getting run outs in the second half.

The squad now look ahead to tonight’s game where a mix of young Falkirk players and some first team players are on East Fife Under-20s at the Falkirk Stadium. Kick-off is at 7:30pm.