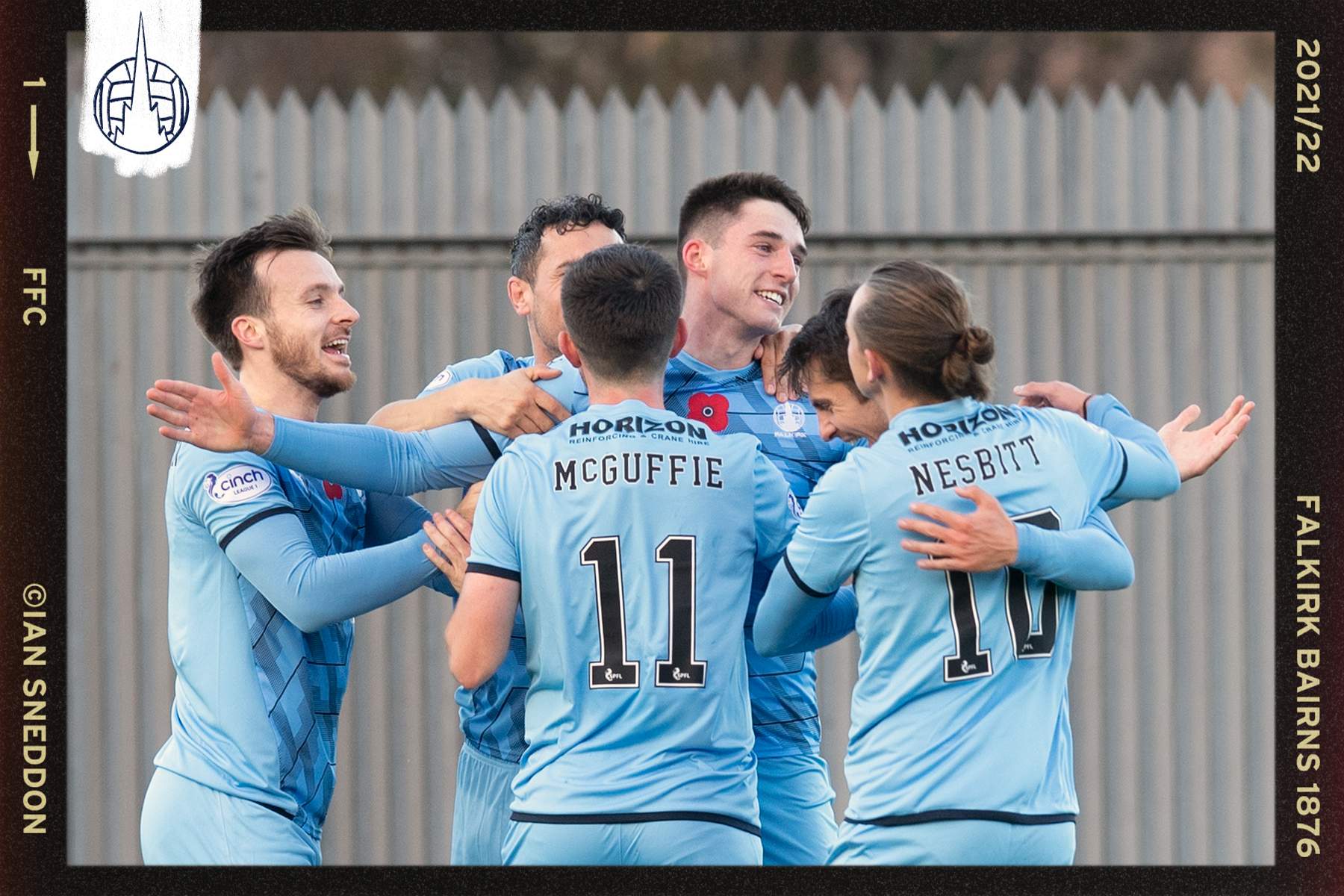 It was a brilliant performance and win for Falkirk as they defeated Dumbarton by three goals.

Falkirk started the game with a series of good chances. Declan McDaid’s deflected effort found its way to Aidan Nesbitt, but his effort went well over the bar. The Bairns opened the scoring just after ten minutes into the match. The ball came to Michael Ruth 30 yards out before the 19-year-old striker turned his man and drove towards the goal, firing a brilliant finish into the bottom corner.

After going a goal up Falkirk started playing some really good stuff. It took Gregor Buchanan receiving a yellow card for hauling down Ruth to stop a brilliant move from Aidan Nesbitt, Charlie Telfer and the first goal scorer cutting through the Dumbarton defence. The resulting free kick was taken by Telfer, and well saved by Sam Ramsbottom in the Dumbarton goal. Two minutes later it looked sure to be a goal as Aidan Nesbitt’s header was lifted over Ramsbottom, but the Dumbarton goalkeeper made a brilliant stretching save to keep it out. The rebound dropped on the six-yard box, but the Dumbarton defence managed to clear.

The best Dumbarton chance of the half came just before the 24-minute mark, but Ben Hall did well to nip in and steal the ball away, but two minutes later Falkirk again could’ve doubled their lead. Telfer’s corner was played short for Nesbitt, who played it back to the arriving Leon McCann. The full back’s effort was good, but an excellent strong hand down to his right from Ramsbottom kept the deficit to a goal. Falkirk ended the half with another brilliant move that ended in a cross to the back post. Ruth did really well to win the header over the goalkeeper, but the ball went just past the post and the team went into the break level.

Ten minutes after the half time break and it was 0-2. Charlie Telfer’s corner was met by Gary Miller. His header was flicked on at the goal line by Aidan Nesbitt to put The Bairns two up. Falkirk continued the control of the first half in the second and added a third to seal the points with twenty minutes to go. Michael Ruth held the ball under some intense challenges and played it across to Charlie Telfer, who buried the ball into the bottom corner.

Substitute Callumn Morrison nearly scored an exceptional goal with five minutes to go, running down the line before cutting inside and curling a shot around the post, but the match ended with The Bairns taking home the three points.