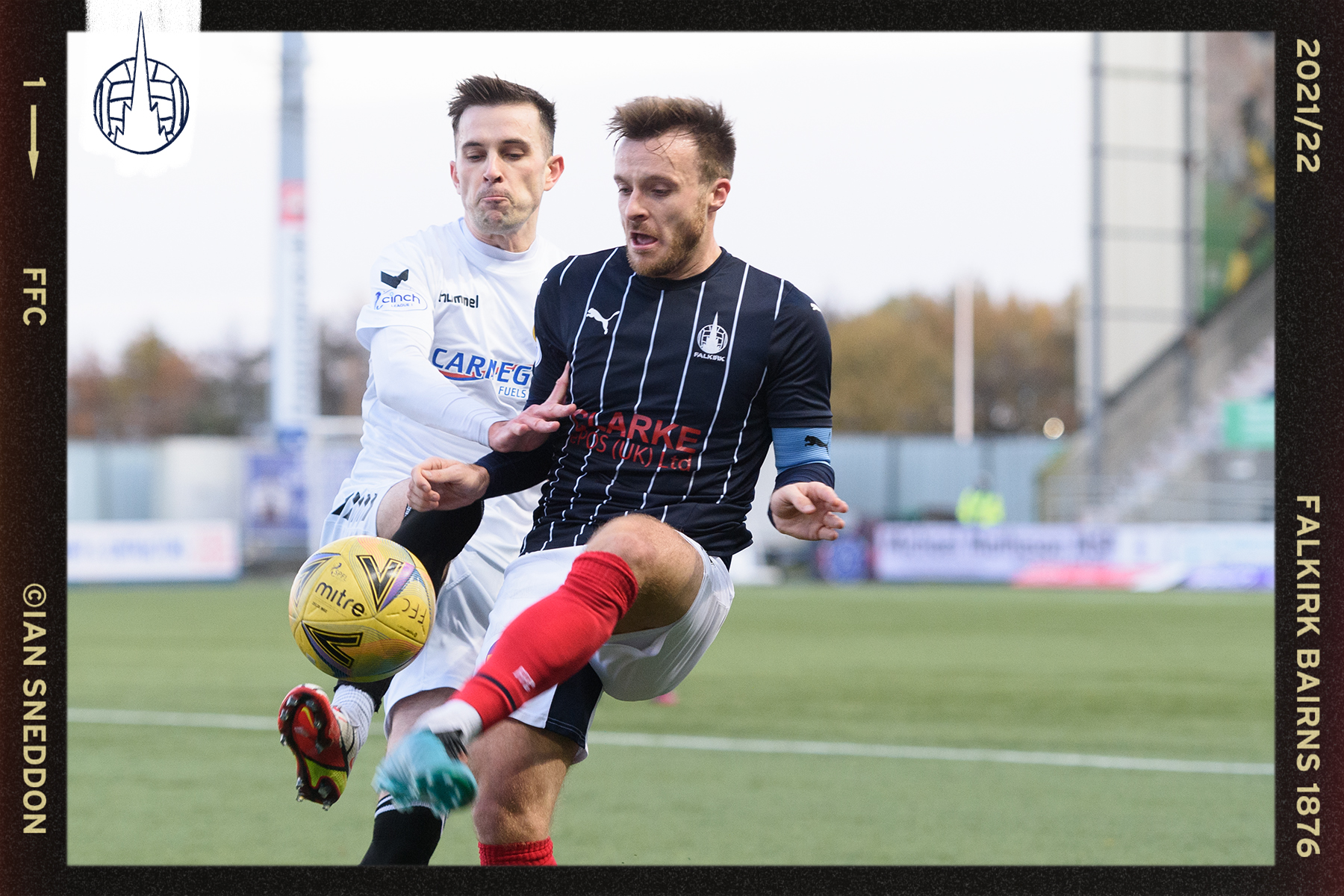 A disappointing afternoon for Falkirk, as a first half goal from Cammy Ballantyne was enough to give Montrose an away victory.

Montrose looked to force the action early, pressing Falkirk into conceding two corners in the opening minutes. However, the home side remained resolute in defence, doing well to nullify the threat. Falkirk would then create their first chance of the game. McCann found himself take up a good position at the edge of the oppositions box, before firing in a cross which caused issues within the Montrose defence. The ball found its way to Ruth whose effort was met by the Montrose defender, Nesbitt reacted quickly to the rebound dispatching a powerful strike, but again, a Montrose defender managed to get in the way.

Falkirk sustained the pressure with another opportunity coming moments later. Calumn Morrison’s whipped cross from the right flank found Nesbitt but a Montrose defender did well to intercept before the Bairns midfielder could take a strike at goal. The game continued at a high intensity with both teams jostling for control of the match and looking threatening in attack. Leon McCann showed great skill to glide by two Montrose defenders, before crossing to Nesbitt with a Montrose defender managing to get in the way of the Falkirk number 10’s effort.

Montrose reacted well, however, creating the best opportunity of the match at that point. A shot from a Montrose forward cannoned off the crossbar, with Gary Miller doing well to clear the resulting rebound effort off the line.  A good spell of play for Falkirk resulted in McGuffie whipping an inviting ball into the oppositions box, the ball drifted over the heads of the Montrose Defence and found Nesbitt on the right-hand side of the goal. Again, his effort was matched by a Montrose defender and the ball was cleared away from danger. Ruth then latched onto a well-placed pass and drove into the opposition box. A sliding challenge from Kyle Waddell in the Montrose defence matched the strike from the Falkirk number 9.

Although Falkirk were creating a series of goalscoring opportunities, it would be Montrose who would grab the first goal. A cross into the box was met by the head of Cammy Ballantyne, to put the visitors a goal ahead before the half time interval.

Falkirk started the second half positively, looking for a goal which would bring them level, with Morrison and McGuffie both having strikes deflect off Montrose defenders. As the second half continued, Falkirk started to find some rhythm to their play, dominating play in the midfield and looking promising going forward. Following a rash challenge Falkirk were awarded a free kick on the edge of the opposition’s box, Kenna’s effort forcing a save from Aaron Lennox in the Montrose goal who tipped the ball over the crossbar. The resulting corner heralded another chance for the home side, this time Ben Hall came close with a headed effort, but the ball was cleared off the line. Falkirk were now placing Montrose under severe pressure, forcing the visiting side to give away another free kick on the edge of the area. Charlie Telfer’s driven effort going narrowly over the crossbar.

With eight minutes to play a goal looked certain as Michael Ruth rounded the keeper, but the striker was taken down and the referee blew for a penalty to Falkirk. Morrison stepped up to take the spot kick, but his effort to the low right-hand side was saved the Montrose keeper. With full time fast approaching Falkirk created a late flurry of chances but were unable to turn any shot towards the opposition’s goal with the game resulting in a home defeat for the Bairns.