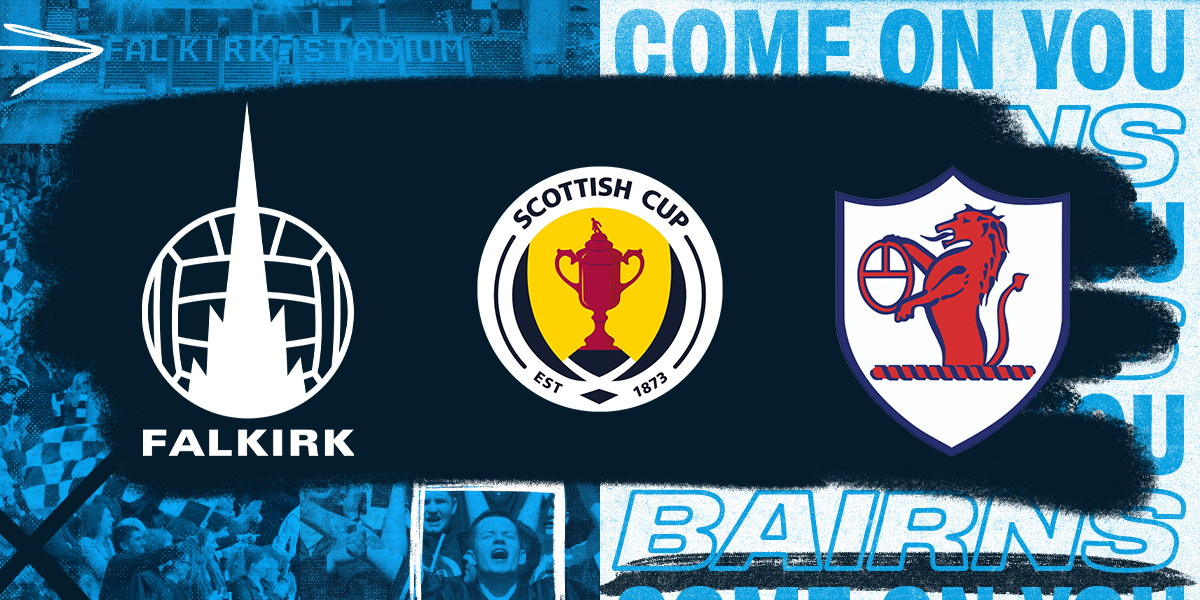 Next up for the Bairns is a break from cinch League One as we host Raith Rovers in the Scottish Cup.

Kick off is at 3pm, Saturday 27th November.

Falkirk v Raith Rovers is a fixture that has featured heavily throughout the history of both clubs. Since they were both founded, the two sides have gone toe-to-toe in competitive action 192 times. The Bairns have won 88 of those meetings. Usually a tense affair that promises goals, a total of 578 have been scored across the 192 matches. In more recent times, there hasn’t been a lot to separate the two sides in terms of results with five draws in the last 10 games.

Saturday will be the first time the sides have faced each other since the Kirkcaldy team found themselves promoted to the Championship following the COVID-19 lockdown, besides a pre-season friendly last year which saw Falkirk ease to a 6-2 win at Stark’s Park.

Raith Rovers are currently flying high in the Championship and are 11 games without defeat. John McGlynn’s men are coming into this game off the back of two positive results against Hamilton and Greenock Morton and look to be title contenders as they sit second in the league, behind Kilmarnock on just goal difference. Playing huge parts in making their run of form possible are none other than former Bairn Aidan Connolly who has scored four and assisted three in recent games, and Ethan Ross, brother of Falkirk’s Seb Ross, who has scored four goals in his last four games.

Falkirk, on the other hand, remain fifth in League One following a disappointing defeat at the hands of Montrose at the Falkirk Stadium last Saturday. A convincing win away to Dumbarton the previous weekend looked to be a turning point after a run of inconsistent results, but it wasn’t to be as Montrose held on to a narrow victory thanks to a goal from Cammy Ballantyne.

Tickets are currently on sale online and in the Club Shop. Prices are as follows:

Away fans will be situated in the North Stand and can purchase tickets here.

This match will be streamed live on Falkirk TV. PPV is priced at £13.99 and can be purchased here.*

*PLEASE NOTE THAT PPV FOR THIS MATCH WILL NOT BE FREE FOR SEASON TICKET HOLDERS. THIS GAME WILL ONLY BE FREE FOR OVERSEAS SUBSCRIBERS.