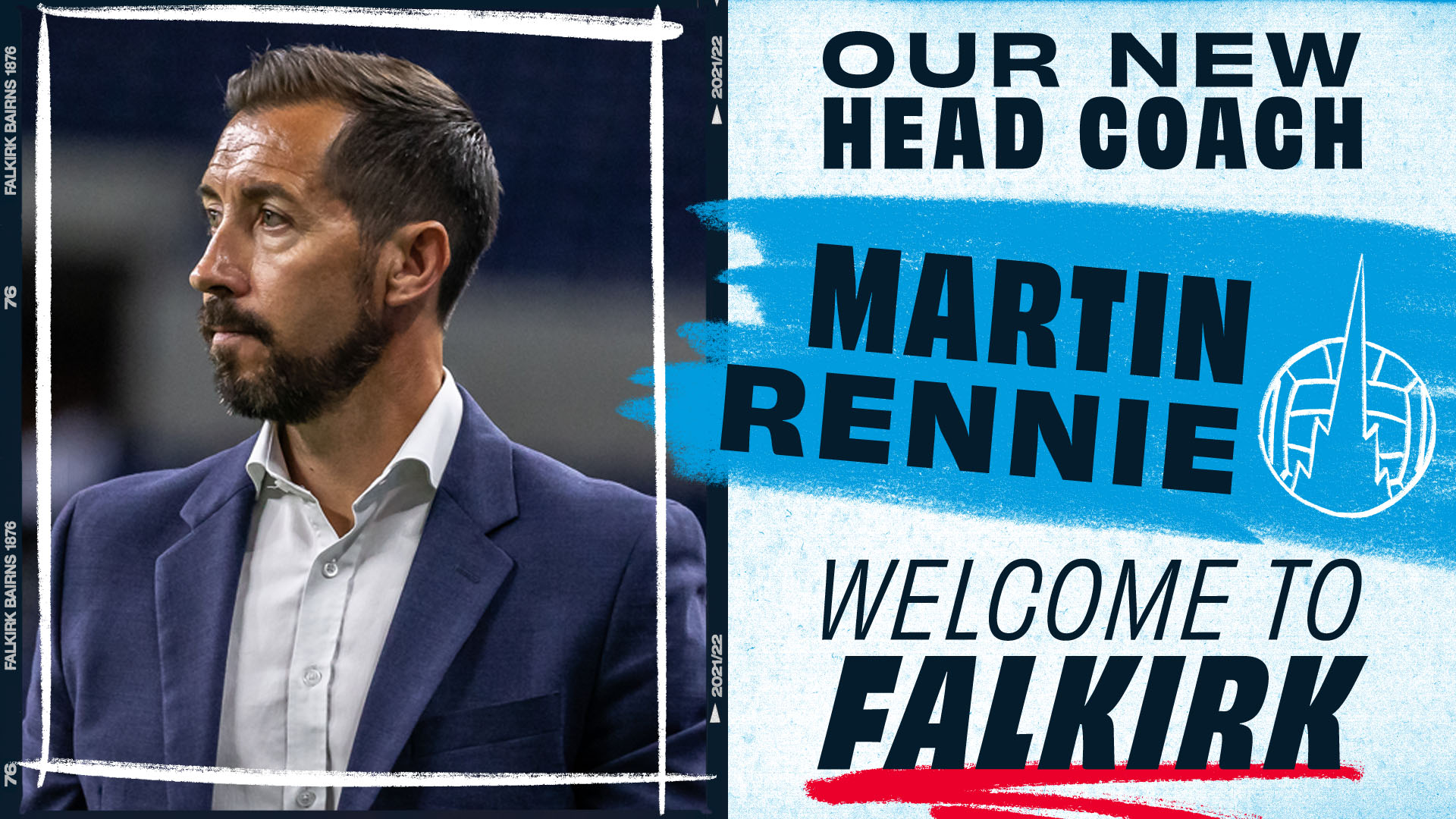 The Board of Falkirk Football Club is delighted to announce the appointment of Martin Rennie as our new Head Coach.

Martin joins until the end of the season and brings a very strong track-record of success, in both the United States and South Korea. The Board was particularly impressed by Martin’s proven ability to rapidly improve his team’s performances, which has been a consistent theme throughout his career.

Martin’s coaching career stretches from Cascade Surge in the North-West Division, to Cleveland Stars in the United Soccer League (USL) 2 and Carolina Railhawks in the USL1. At each club he has demonstrated the ability to take brand new or underperforming teams and make an instant impact.

In 2011 Martin’s outstanding success was rewarded with a step up to Major League Soccer (MLS) with Vancouver Whitecaps FC. Inheriting a team which had finished bottom of the MLS in the previous season, Martin revamped the playing squad and led the Whitecaps to the MLS play-offs, the first Canadian side to ever reach them. The following season saw further squad improvements and the team achieved Vancouver’s highest ever MLS points total. The Whitecaps also won two cup competitions and were runners up in a third.

Martin then spent two years in South Korea as head coach of another new club, Seoul E-Land FC. Working with a very young squad (giving 18 players their professional debut) he led them to the play-offs as the K-League’s highest goal-scorers. Martin then returned to the US with Indy Eleven, a team which were underperforming in the USL Championship. Once again results improved dramatically, reaching the play-offs in season one followed by consecutive runners-up spots.

In his 15-year career to date Martin has won a total of 4 league titles and 4 cups, with numerous runners-up awards. His teams have achieved a total of 10 top-three finishes and reached play-offs in 12 out of 14 seasons. Martin also has a 53% win-rate from his 400+ games as a head coach.

Despite spending his whole coaching career abroad, Martin is a Scot, who was born in Thurso and raised in Larbert. As a child he was a ball boy at Brockville Park and has been a huge Falkirk fan ever since. Martin still has family in the area and has completed all of his coaching badges, including the Level 5 UEFA Pro Licence, via the Scottish FA. We’re sure all Bairns will warmly welcome Martin back home, and give him their full support as we endeavour to turn this season and the whole club around.