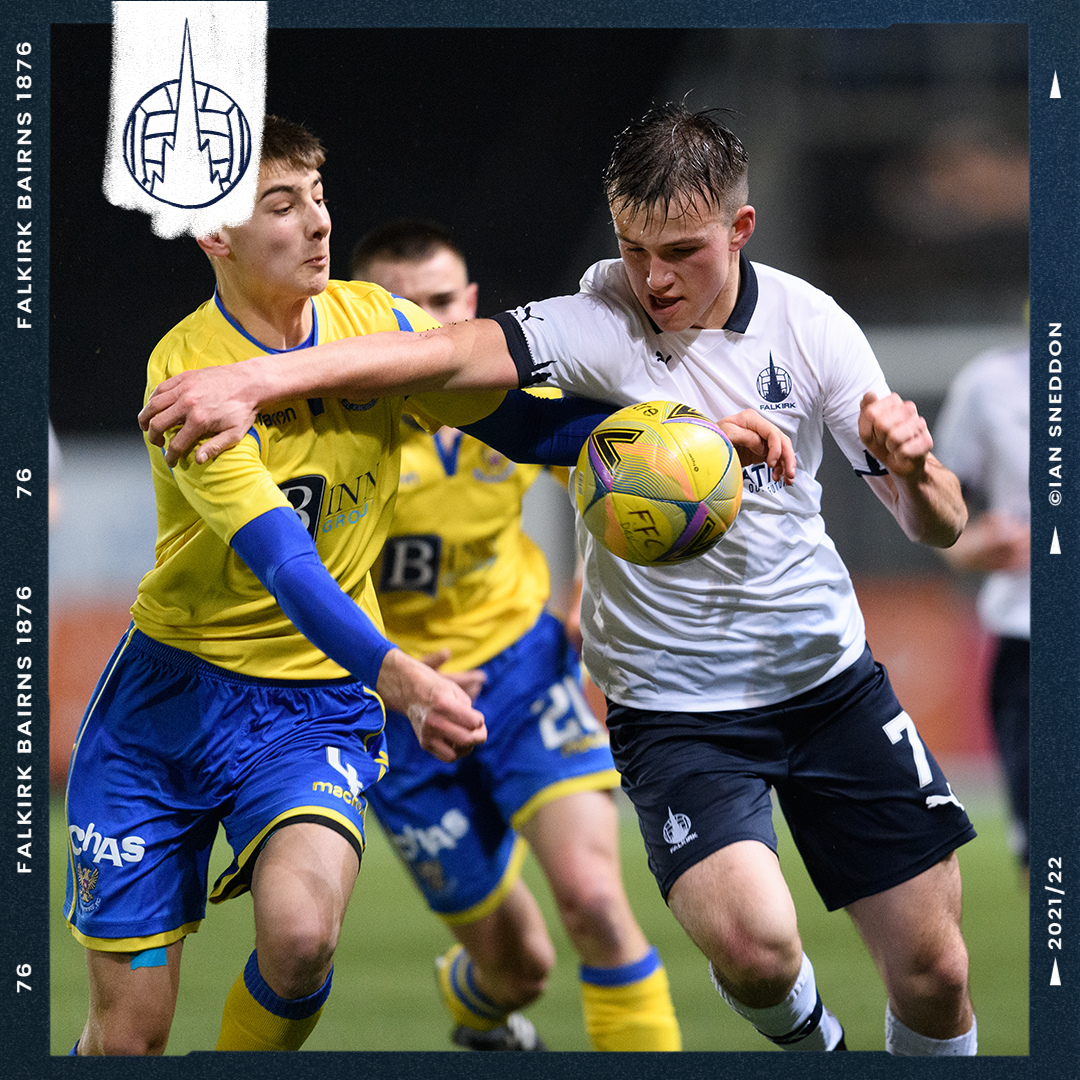 The Under 16s narrowly lost out to St Johnstone on Thursday night in a closely contested physical game.

St Johnstone opened the scoring before Blair Nelson equalised for the Bairns. Falkirk went down to 10 men early in the second half as a trials was given his marching orders. Despite the battling effort from the depleted home team, St Johnstone managed to grab the winner in what could be considered a poor goal for Falkirk to concede. Falkirk made use of seven substitutes being just 14 years of age.

Head of Youth Development Ian Fergus said of the match:

“I think these are the games where you learn a lot about your players in terms of application, determination and willingness to battle through the tough games. Tonight was played in that fashion by both sides and the match was a very good exercise for our young lads.

“We will continue to play this level of opposition and there’s still a lot more for this group to show despite how far they’ve come in six months.”