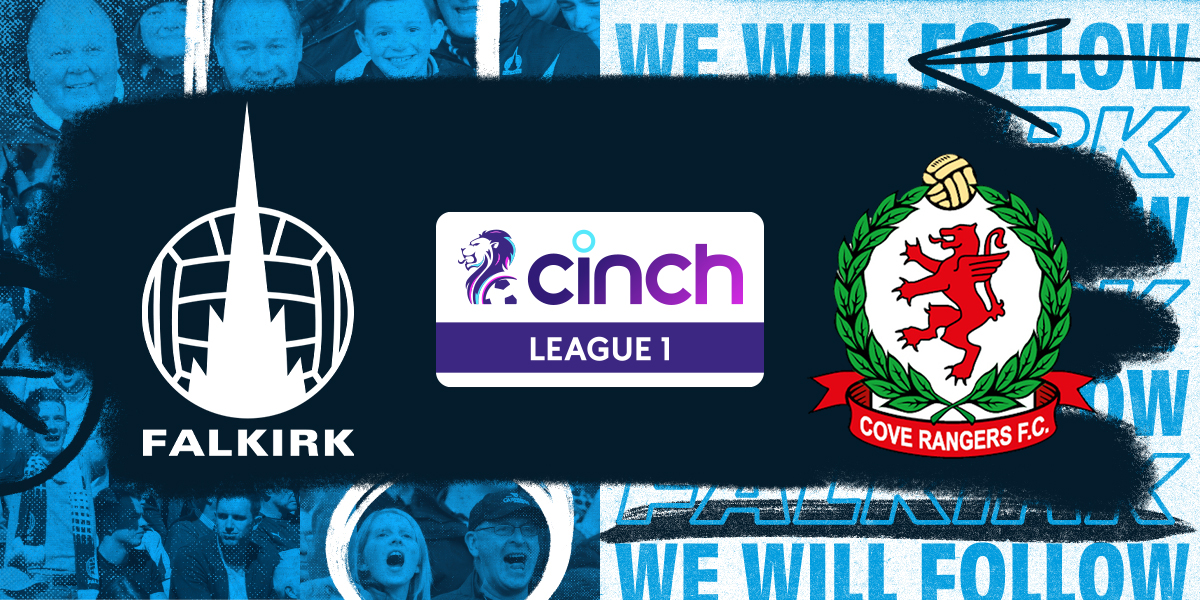 The first real chance of the game fell to Falkirk, Aidan Keena played an enticing through ball to Callumn Morrison who was unlucky to see his effort go wide of the post.

Falkirk continued positively in the game’s opening minutes, with Aidan Nesbitt latching onto a loose ball midfield, a through ball then found Seb Ross in a good position, however the resulting shot found its way into keeper’s arms.

The Bairnes continued to press the action with a dominant spell in possession. Callumn Morrison found himself with the ball out wide, his cross was met by Kenna, but the strikers attempt was deflected wide of the goal by a Cove Rangers defender.

Aidan Kenna continued to cause problems for the away side. The Falkirk forward showed great skill and strength to force his way through the Cove Rangers midfield before dispatching a strike from distance which was easily collected by the opposition keeper.

Despite the promising opening it would be Cove Rangers who would break the deadlock. An impressive strike from distance by Morgyn Neil found its way past Paddy Martin in the Falkirk goal.

Moments later the visitors almost doubled their lead, a ball into the Falkirk box was unable to be met by any of the Cove players with Martin gathering.

Keena again did well to drift by two players in the opposition box, creating an opening in the process, his shot however was intercepted by Cove Rangers defender.

After a spell of possession, Cove Rangers doubled their lead on the 38th minute. A headed through ball from Mitch Megginson found Rory McAllister who was able strike the ball into the net.

The second half started with Cove Rangers in complete control, Falkirk however did well to manage the onslaught.

Substitute Samuel Ompreon made an enticing run into the opposition penalty area, but the winger was unable to create an opening.

The match continued with Cove Rangers seeing the bulk of possession.

A cross into the Falkirk area then found Megginson whose strike was saved well by Martin, the rebounding effort was directed back on target, but again the Falkirk keeper reacted well to stop Cove Rangers from furthering their advantage.

Falkirk then looked to have drawn a goal back. A tremendous volley from distance by Keena almost caught out the opposition keeper who could only palm the effort onto the post, before collecting the rebounded ball.

With the game fast approaching its conclusion, Cove Rangers found their third. Leighton McIntosh latched onto a through ball before lobbing the keeper for the away side’s third goal.